Who is The UnderTaker?

Mark William Calaway (born March 24, 1965), notoriously known as ‘The Undertaker’ is one of the greatest wrestlers ever of WWE.

Furthermore, The Undertaker has featured in the hit Documentary ‘The Last Stand’, released in 2019.

The Great Undertaker holder the record for the most consistent win in Wrestlemania till 29-0.

Let’s look at The Undertaker’s Age, Net Worth, and his full biography. 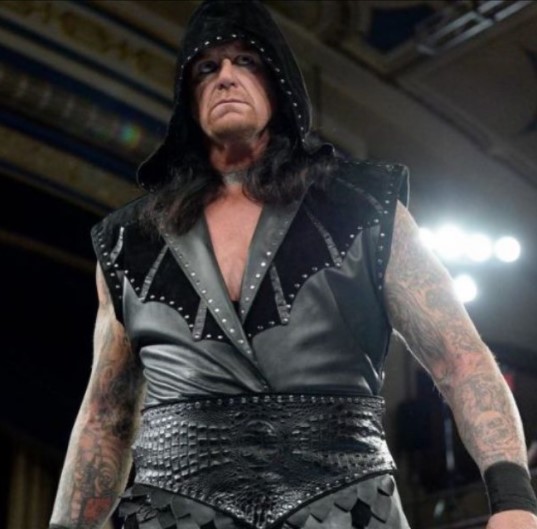 The superstar went to ‘Waltrip High School’, where he played for the football and basketball team.

Moreover, mark graduated in 1983 and went to ‘Angelica College on a sports scholarship. 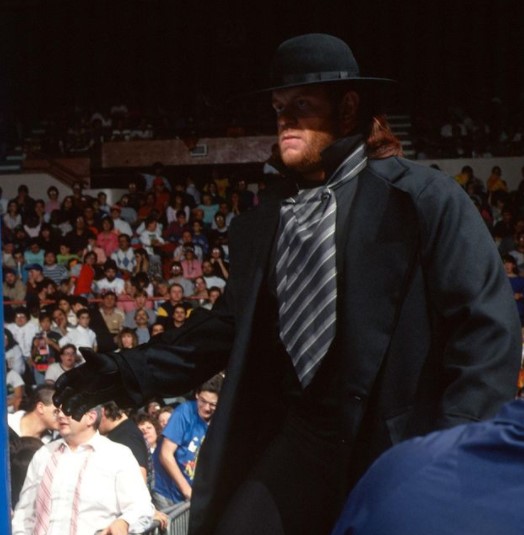 Reportedly, in 1986, the undertaker decided to focus on his wrestling career, consequently, he dropped out of college.

He also won USWA and WCWA Texas championships in 1989.

Before joining WWE in 1990, he used to be known as ‘Mean Mark Callous’.

What is the Wrestlemania record of The Undertaker? Undertaker’s famous record was 23-2, where he famously lost to ‘Brock Lesner’ and ‘Roman Reigns’.

The Undertaker’s WWE career began in  October 1990, where he joined the wrestling federation as ‘Kane the Undertaker’.

Furthermore, he debuted on the ring at ‘Survivor Series’ for the first time. 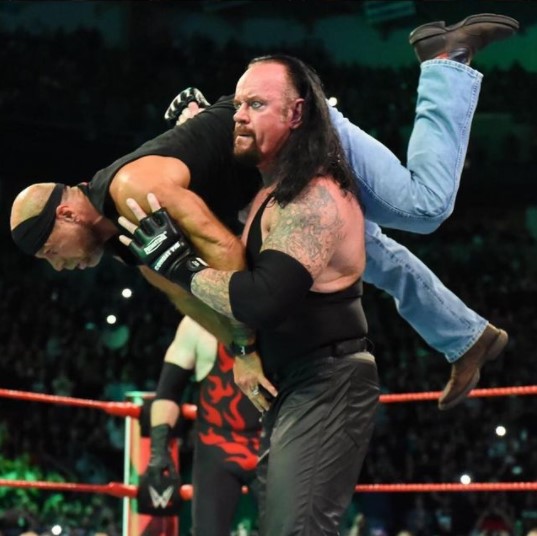 Undertaker’s Deadman era began in 1994, where he believed to return from the dead, which was the most popular gimmick at that time.

During 2002, he temporarily changed his character as the ‘American Bada*s), where he famously used to ride a chopper bike in the ring,

Furthermore, he made wearing a bandana and leather vest trendy.

In 2007, he resumed the Deadman persona and joining smackdown on a weekly basis.

What is the height of The Undertaker? The Undertaker currently stands at 6 Feet and 9 Inches (2.05 Meters) and weighs around 135 Kilograms (299 Pounds).

The great Wrestler has famous black eyes, which he used to roll back, and black hair and beard.

Furthermore, most of his arms and neck are covered in tattoos and he certainly pulls off wearing a bandana.

Taker’s zodiac sign is Aries and he belongs to American Nationality, furthermore, he has white American ethnicity.

He has broken many bones and body parts during his time in WWE, where he had famous injuries on his hand, lower back, and neck.

Michelle is also a wrestler like Mark, who used to work for WWE.

Initially, the Undertaker was married to Jodi Lynn from 1989 to 1999, where they had a son together named ‘Gunner Vincent Calaway, who was born in 1993.

Then the Undertaker married his second wife ‘Sara Frank in 2000, who made her WWE debut in 2001. With Sara, he had two children named ‘Chasey and Gracie Calaway’.

Who are the children of Undertaker? mark has five children altogether, who are Kaia Faith Calaway, Gracie Calaway, Chasey Calaway, and Gunner Vincent.

He had his first son from his wife, his two daughters from his second wife, and the remaining children from his current wife.

Furthermore, they were skeptical of him choosing a wrestling career then supported him after he showed progress.

What is the current worth of The Undertaker? The Megastar is currently worth 5 million USD.

During his prime at WWE, he had a salary of 1 million per year. Furthermore, he invested in real estate near his retirements.

The Undertaker also has made deals with the popular streaming service Netflix to make his Documentary named ‘The Last Ride’ was a huge success.

The Legendary star also featured in a couple of movies, for instance, ‘Downtown’, America’s Most Wanted’, and ‘Beyond the mat’ which also added to his revenue.

The 55-year-old Megastar has lived one of the most interesting life ever. let us look at his trivia and interesting facts.

Here is a video featuring The Undertaker, Enjoy!