Who is Shay Mitchell?

Shay Mitchell ( born 10 April 1987) is a popular actress, model, author, and entrepreneur. She is famous for her roles on popular Tv series like Pretty Little Liars, Aaron Stones, You, etc. Shay has been nominated for several awards for several Teen Choice Awards. Her full name is Shannon Ashley Garcia Mitchell.

Shay’s debut movie came in 2016 as she starred in Dreamland. She is Canadian regarding nationality. Along with her acting career, Shay is equally popular on social media platforms with almost 30 million followers on her Instagram.

Similarly, she has almost 5 million subscribers on her YouTube account. Shay is also an entrepreneur in her production company named Amore and Vita. Today we will be learning all about Shay Mitchell’s age, height, net worth career, relationship, and full bio down below. 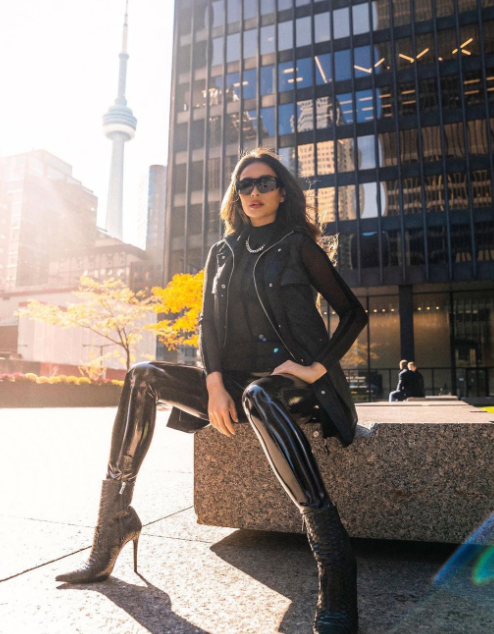 Mitchel also learned acting when she was young and started to take dance lessons at just five years of age. She was so talented in dancing that friends named her Shay Lo as regard to J Lo (Jennifer Lopez). Shay went to various cities of Barcelona, Paris, Bangkok, etc to model for different companies.

She returned to her country Canada and started to pursue her career in acting in Toronto. 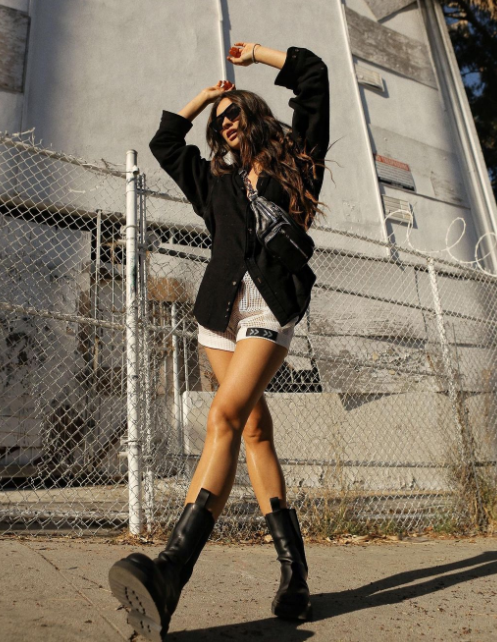 What is Shay Mitchell famous for?

Shay Mitchell’s career started in 2009 with a Canadian tv series titled “Degrassi The Next Generation”. But her big break was still not very near. She continued to land roles in the drama series “Rookie Blue”, while also doing a music video for Sean Paul’s “Hold My Hand”.

She landed the role of Emily Fields in the TV version of the popular book “Pretty Little Liars” despite auditioning for the role of Spencer Hastings. The role landed her several nominations for Teens Choice Awards. It also gave her more bonus roles on other projects such as in 2010 she acted in Aaron Stone a Disney XD series.

In 2016, Shay Mitchell made her debut in a movie scene with the musical film “The Dreamland”. Likewise later that year she appeared in the comedy movie Mother’s Day. In 2017, Mithell got the role in the thrilling TV series You as Peach.

A year later she starred in another movie but this time a horror titled “The Possession of Hannah Grace. She got the role in the Hulu comedy series Dollface in 2019 which is in its second season as of 2020.

Shay Mitchell has written an adult novel titled “Bliss” with co-author Michela Belaney. Her other projects as the author are not released to date.

Shay Mitchell founded her production company Amore and Vita Inc in 2017. She also signed a contract with Warner Bros. Mitchel is the spokesperson for brands like Pantene, Pearl, and other brands. Shay was also consistently contributing till 2014  to a sex trafficking fighting nonprofit organization Somaly Mam Foundation till they cease their operations.

She launched her travel brand “BEIS” in 2018. The other projects that she works with are “The Trevor Project” and “NOH8”. Shay is also contributing to WE Charity to develop educational resources.

Besides all that, she is also a popular social media figure. Shay has her own YouTube channel where she vlogs, does makeup tutorials, and Q and A’s. She currently has just over 4 million subscribers on YouTube. And on her Instagram where she shares lots of pictures of her friends and families, she has almost 30 million followers.

What is the height of Shay Mitchell? Shay Mitchell stands at a height of  5 feet 7 inches tall and weighs about 58 kg. Her zodiac sign is Aries. She has brown color hair and her eyes color are dark brown.

Regarding her nationality, Shay is a Canadian and belongs to Filipino-Canadian Ethnicity. Her hobbies are boxing, cycling, and traveling. She likes to travel to Italy and Tahiti while enjoys Thai and Italian food.

Who is the father of Shay Mitchell’s Baby? Shay Mitchell is in a very long time relationship with Matte Babel and the couple recently welcomed their first baby girl Atlas. Matte and Shay started dating in 2017. One year later, the couple went through a tragedy as Shay suffered a miscarriage.

Since their baby is healthy and happy the bond of the couple is even stronger. Many people are inspired by their love and we hope they are happy forever. 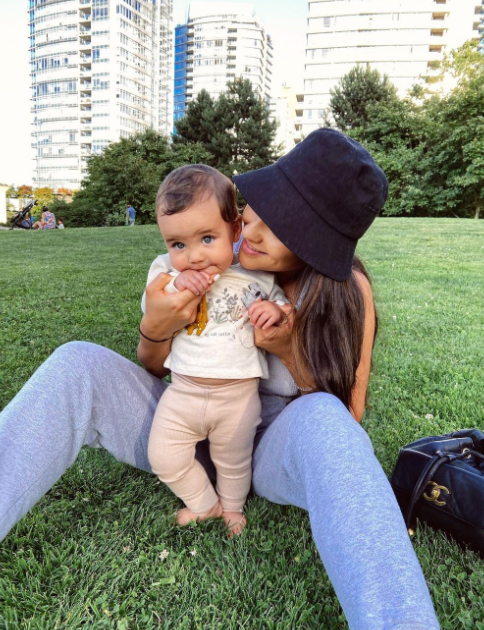 Who is Shay Mitchell’s father? Shay Mitchell was born and raised by her father Mark Mitchell and her mother Precious Garcia. She also has one younger brother Sean Mitchell.

Her parent’s and siblings career path is unknown although she frequently shares their photos on her Instagram. Shay is also a cousin of famous theatre actress Lea Salonga. 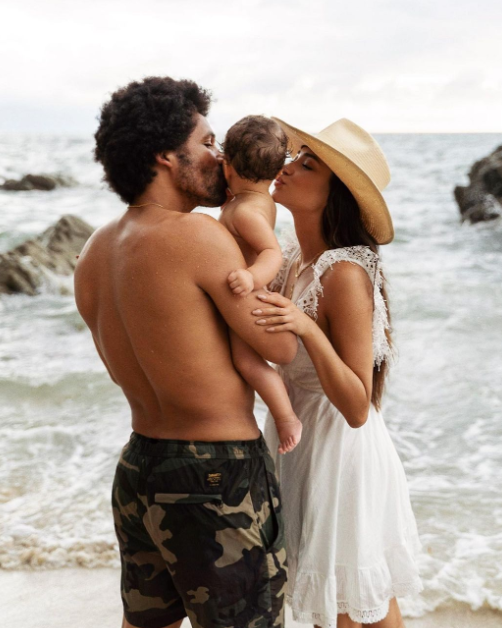 What is the net worth of Shay Mitchell? Shay Mitchell is a popular actress, dancer, entrepreneur, and author. She already has a very successful career and she is also involved in lots of charity and philanthropy work. Her primary source of income is from actress and some passive modeling gigs as well as brand deals.

Shay earns weekly approximately $13k while her monthly salary rises up to $50k. Shay Mitchell has a net worth of approximately $6 million as of 2022.

She is also the face of many brands like Pantene while being the spokesperson of American Eagle Outfitters.