In 2010, a YouTube channel named “Invisible People” posted a video about a homeless guy named Sergei Petrove on his 18th birthday.

The video went viral and has over 10 million views after a decade. Whilst, some comments read that they were feeling very sad and heartbroken for Sergio, many other comments in the video read about what he is doing now and wanted an update about him.

One of the most liked comments of the video read “He will be a legend 10 years later”. 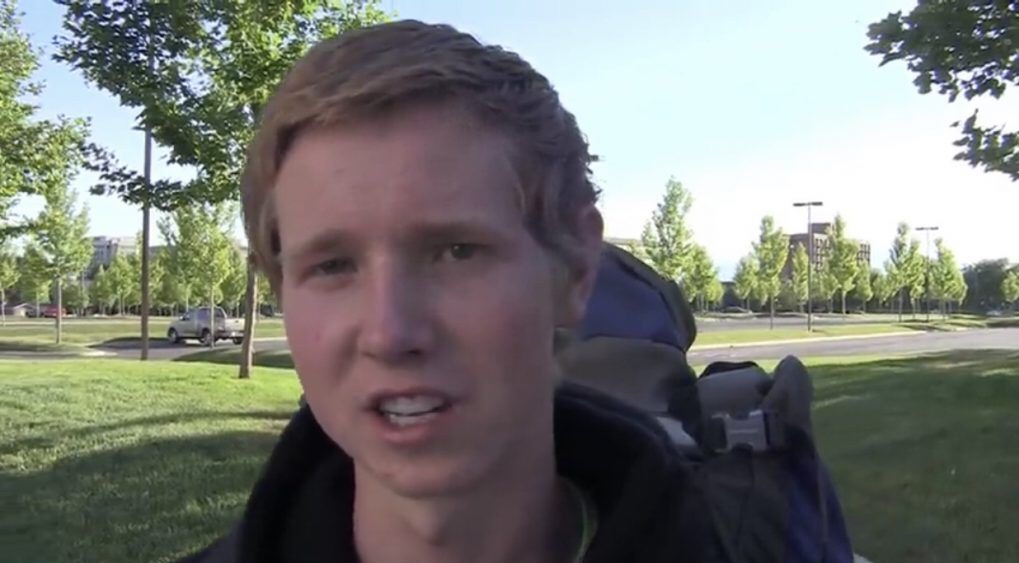 Since many viewers wanted an update about him, here you go.

Born in California, Los Angeles, Sergei Petrove was in Salt Lake City, Utah when he was interviewed by the YouTube channel “Invisible People” where he came back from a wilderness program for troubled youth in Duchesne, UT.

In the interview, he said that his mother kicked him out of her house saying that he was on his own once he turned 18.

Watching a young man lost and homeless on his 18th birthday left the viewers teary-eyed.

While asking about three wishes on his birthday, the interviewer replied that he wanted to know if his father was alive, wanted to see his sisters, and go back home.

Sergei wanted to go back to California and complete his high school education.

Many viewers have seen the viral video a decade later and wanted an update about Petrove.

So, did he meet his dad? Did he complete his high school education? Did he get back home? What is he doing now?

The viewers must be curious to know the answers to these questions.

Here is the latest picture of Sergei Petrove:

Continue reading to know more about his current life.

How old is Sergei Petrove now? As of 2020, Sergei Petrove is 28yrs old and celebrated his 28th birthday on 23rd July 2020 along with his family. He currently lives in California, USA.

Did Sergei Petrove go back home? According to reports, Petrove walked all the way from Salt Lake City, Utah to his home in California on foot.

Is Sergei Petrove homeless? Sergei was a homeless man 10years back but he is not homeless anymore. He currently lives in California, USA.

Sergei is very active on social media as well, he currently has over 10.2k followers(as of December 2020) on Instagram.

His username is @sergethesplurge with 29 posts in total ( as of December 2020). He seems to be a fitness enthusiast and posts a lot about his fitness and health.

He also has a YouTube channel named Sergei Petrove however, there are only two videos that were posted 5 years back in 2015.

The occupation of Petrove is still unknown.

The viewers are very happy to see him doing well in life and have left many positive comments on his Instagram posts and the viral YouTube video.

His story has also inspired many youths to never give up in life and to move forward. As the saying by Thomas Edison goes “Our greatest weakness lies in giving up. The most certain way to succeed is to always try one more time.“