Who is Salma Hayek?

Salma Hayek (born September 2, 1966) is one of the globally known Mexican American actress, director, and a producer.

She has been massively successful in creating her name, fame, and popularity with a huge following on all of her social media platforms.

The most stunning actress moved to Hollywood in 1991 to pursue her career in acting.

She has amazed the whole audience through her astonishing performances as soon as she made a debut in Hollywood in movies such as Desperado which was released in 1995, From Dusk Till Dawn in 1996, Wild Wild West, and Dogma in 1999.

Let us look a little closer at the life achievements, relationships, and full biography of this heartthrob performer in detail.

Salma Hayek is a wonderful daughter to Sami Hayek Dominguez and Diana Jimenez Medina. One of the most renowned actresses today, grew up in Coatzacoalcos, Veracruz, Mexico.

She attended the Academy of the Sacred Heart in Grand Coteau, Louisiana when she was only the age of twelve.

The 54-year-old actress was born and raised in a much wealthy environment with all privileges.

She was raised as a Catholic Christian however, in an interview in 2014, she mentioned she is a spiritual person and does not follow any particular religion.

The talented actress studied International Relations in the university which she attended named Universidad Iberoamericana.

Salma has also mentioned that she was diagnosed with dyslexia while she was still in school.

When did Salma start acting? Hayek started her acting journey while she was in Mexico with the title role in Teresa in 1989.

She was 23 years of age when she was first seen in this Mexican Telenovela that made her a popular star in Mexico.

In the year 1994, Salma appeared in a  movie named ‘Miracle Alley‘ which was undoubtedly the most heart-winning movie she starred in.

Moreover, this movie solely has collected numerous awards compared to various other movies in Mexican cinema.

The stunning actress was also nominated for Ariel Awards for her performance in this particular movie.

After moving to Los Angeles in the year 1991, she was noticed by Elizabeth Avellan (producer) and she starred Hayek in the movie Desperado in 1995. 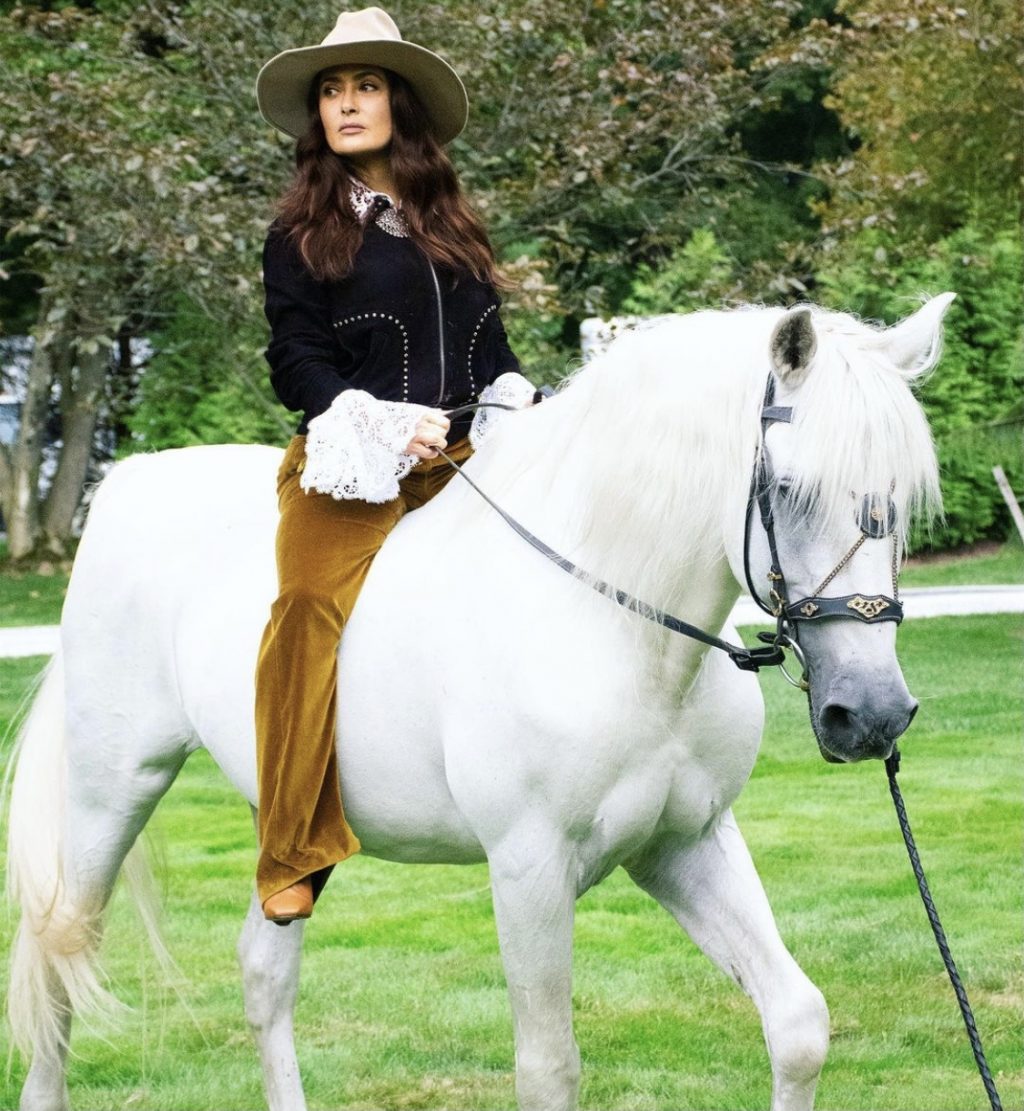 Furthermore, later in the year 1999, Salma has appeared in the movie Wild Wild West opposite Will Smith.

She also starred in a movie named Dogma in the same year.

In 2002, the actress/ producer, produced and appeared in ‘Frida’ which was a biopic about a Mexican painter.

The movie was nominated for six Academy Awards.

Hayek also directed a movie named ‘The Maldonado Miracle’ in 2003 for which she earned an Emmy Award for her astonishing direction.

Later, the actress also turned into an executive producer for the famous television series called ‘Ugly Betty’ where she had recurring roles in the year 2006-2007. 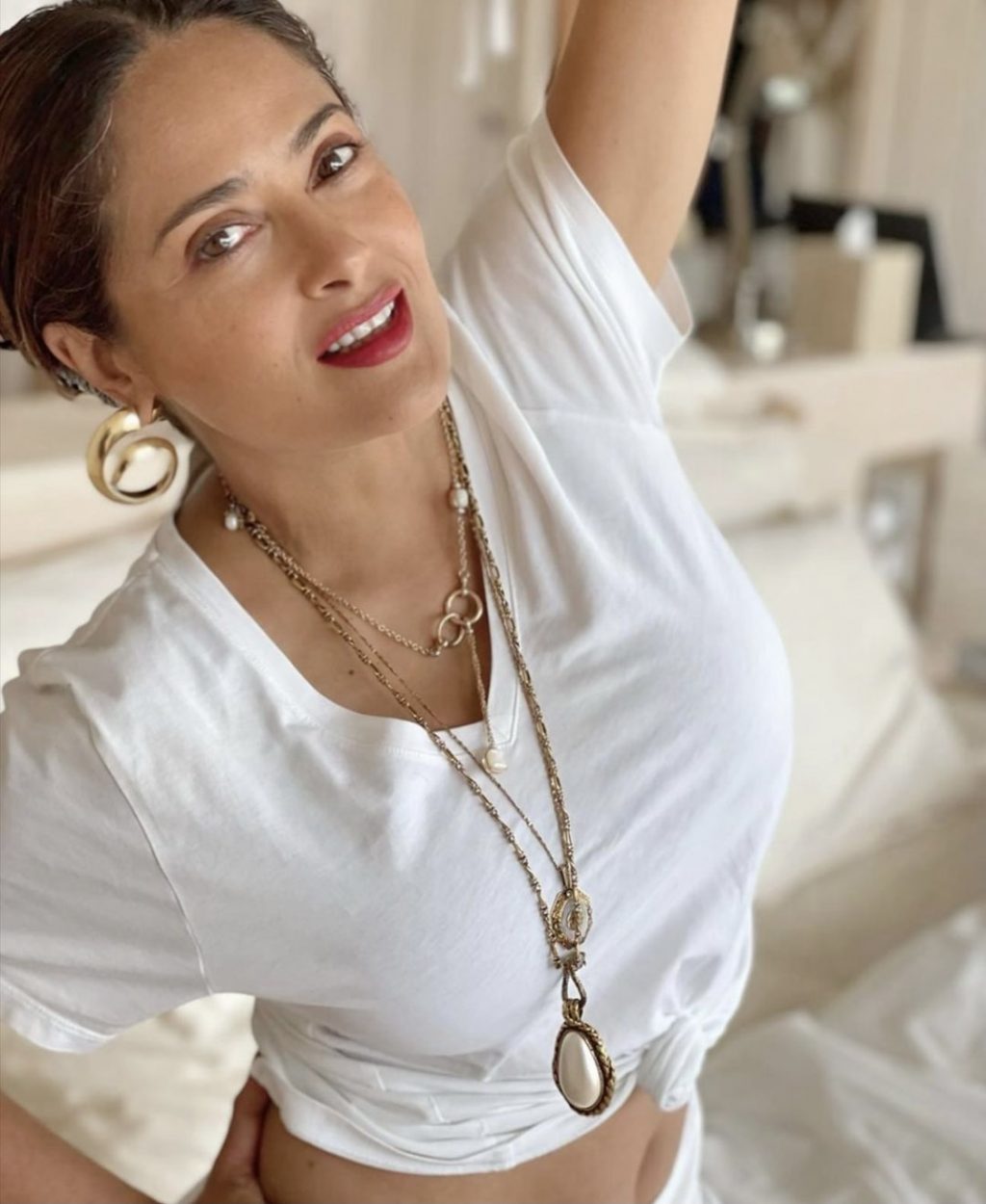 Does Salma Hayek have tattoos?

The stunning actress got all her fans excited as she flaunted her two massive tattoos on her Instagram handle on the 5th of February 2021.

She can be seen smiling wide in the same post through which she caused quite a stir among her fans and followers.

What disease does Salma Hayek have?

Salma Hayek has been diagnosed with dyslexia since her teen years while she was still in school.

However, the star doesn’t let it affect her in fact, the 54-year-old proudly admits that she is a fast learner which is why she didn’t realize she had dyslexia in the school because she spent years without studying too much.

When did Salma Hayek get married? In the year 2009, Hayek got married to the French businessman and Kering Chairman/ CEO since 2005 Francois- Henri Pinault.

Hayek and her husband have a four-year difference in their age which is perfect in terms of more understanding between each other. 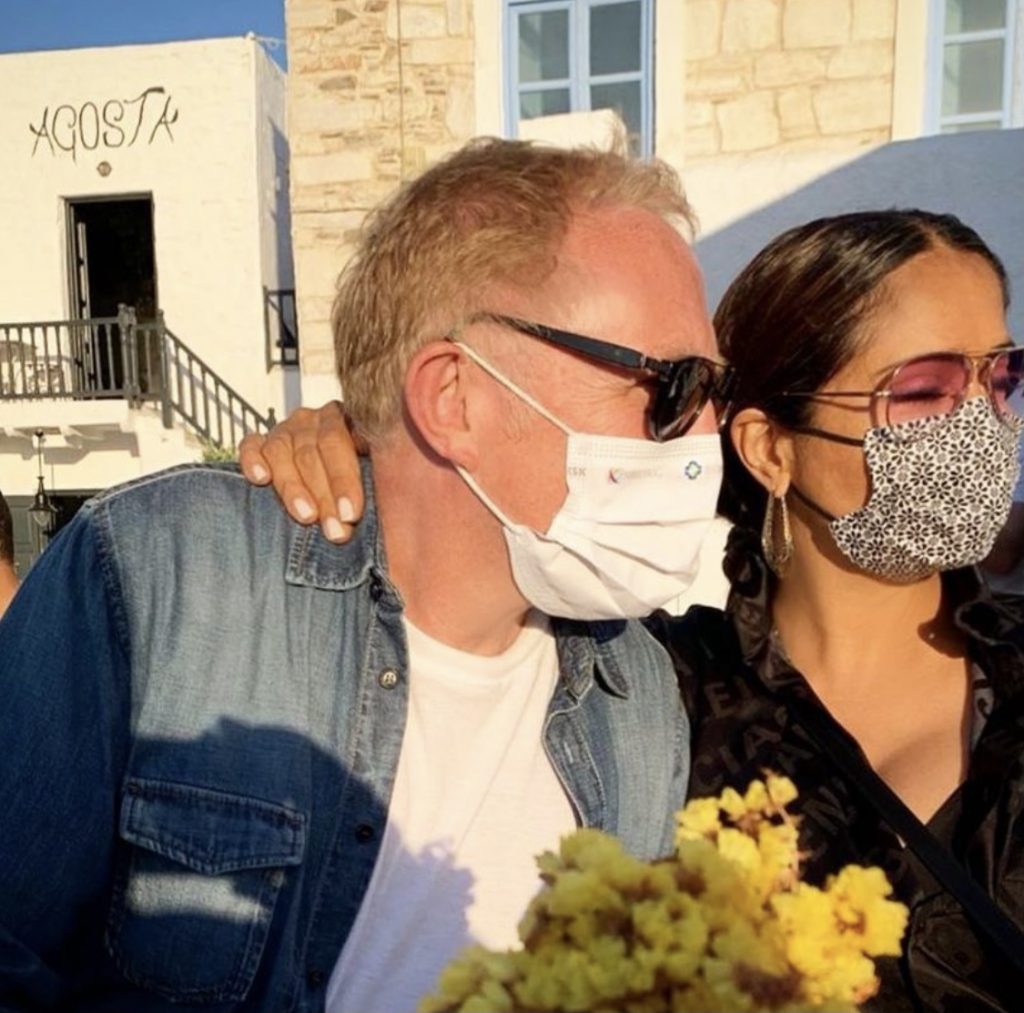 Francois Henri Pinault is the son of Francois Pinault. The lovely couple started dating back in 2006 and have been together since.

Hayek gave birth to her daughter, Valentina on the 21st of September in 2007.

Salma and Francois got married on 14th February 2009 in a town hall in Paris.

The couple renewed their vows again in 2009 in Venice, Italy with their family and friends present.

Who is Salma Hayek’s sibling? Salma Hayek is the daughter of Sami Hayek Dominguez who is an oil company executive in Mexico.

He is also the owner of an industrial equipment firm and Hayek’s mother is Diana Jimenez Medina who is an opera singer.

Salma has a younger brother named Sami Hayek who was born in 1972. He is a designer by profession who has a desire to create simple, elegant forms of design.

The extraordinary actress has given remarkable performances in various movies and series in the Hollywood industry.

Salma Hayek’s name is as massive as it could be because of her hard work and dedication towards the industry since her early 20’s.

Her producing and direction skills are as commendable as her acting skills.

To this date, Salma has a massive follo wing of 17.6 million followers on her Instagram handle, 458.8k followers on Twitter, and over 10 million likes on her official Facebook page.

Check out some of the Salma Hayek facts: