Who is Oliver Sykes?

Professionally known as Oliver Sykes, his full name is Oliver Scott Sykes. Born on November 20, 1986, in Ashford, The United Kingdom, Oli Sykes is an English songwriter, singer and is best known as the lead vocalist of the rock band “Bring me the Horizon (BMTH)”.

He is one of the five members and the only vocalist of the group. He has been part of the band since 2001.

Along with being the frontman of the English Metalcore band, he also founded his own Apparel Company named Drop Dead Clothing and created a graphic novel.

Where was Oliver Sykes born? Oliver Scott Sykes was born to Ian and Carol Sykes in Ashford, Kent, United Kingdom.

The family soon moved to Australia after his birth, the Sykes family moved from one place to another in Australia due to professional reasons.

However, they moved back to their homeland England permanently when Oli was 8 years old.

Does Oliver Sykes have a sibling? Oliver Sykes has a younger brother named Tom Sykes aka Thomas Sykes who is also a musician and models for his clothing brand “Drop Dead Clothing.”

Sykes has completed his schooling at Stocks Bridge High School. While in school, he was more interested in English Literature and Arts rather than in Mathematics and Science.

In one of his interviews, he said that he would never miss an art class and was among the teacher’s favorites.

Why is Oliver Sykes famous? Back in 2003, he started taking his musical career seriously when he was in college.

He performed along with his brother Tom in various bands and started gaining popularity and he made a decision to make it his full-time occupation.

He formed a hip hop band named “Womb 2 da Tomb” along with his brother and drummer of the band “BMTH”.

The taste of their music was quite unique at that point in time due to which the band tasted success very quickly.

The band released their demo album “Bedroom Sessions” in 2004 which was liked by the audience so they followed it up with an extended play named “This is what the edge of the seat was made for”.

In 2006, the core metal band “BMTH” released their debut album titled “ Count your Blessings” which was received really well by the critics as well as the audience.

The band didn’t waste any time and recorded their second album named “Suicide Season” in September 2008. Released all across Europe and the United States.

After a long break, the band released its third studio album in 2010 with a really unusual title “There is a hell, believe me, I’ve seen it, there is a heaven, let’s keep it a secret.”

The band has also done numerous musical tours along with the globe and also on digital platforms. 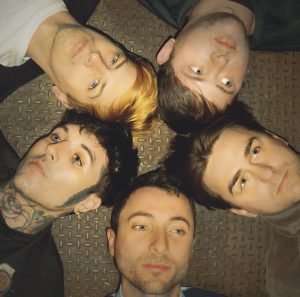 Who is Oliver Sykes’s father? Oliver is the son of Ian and Carol born in Kent, UK. He has one younger brother named Tom Sykes.

Is Oliver Sykes married or divorced? Oliver has dated many women over the years. Oliver and Sarah Jane were dating from 2004-2008. In November 2008, the couple decided to part their ways.

Oliver and Amanda Hendricks dated for four years until 2012.

Later in 2012, Oliver Sykes fell in love with Hannah Pixie Snowdon and got engaged in 2013. They got married in July 2015. However, the marriage ended as they got divorced in 2016.

Who is Oliver Sykes’ wife? Post-divorce, he found love in Alissa Salls (Brazilian Model), after a couple of months of dating, the couple tied the knot and got married on July 22, 2017. They’re happily married now.

How tall is Oliver Sykes? The lead vocalist of “Bring me the Horizon” stands at a height of 6 feet 1inches or 1.85 meters tall and weighs approximately 72kilograms or 158 pounds.

Is Oliver Sykes an Atheist? His star sign is Scorpio and is an Atheist. His body is covered with multiple tattoos.

Where does Oliver Sykes live? He currently lives in Sheffield, England.

How much is Oliver Sykes’s net worth? Oliver is an English singer and a songwriter who has an estimated net worth of $2 million USD (2019) as per sources.

His musical career as the lead vocalist of the metal band “Bring me the Horizon” and his clothing brand “DropDead” has contributed to his net worth.