Who is Nipsey Hussle?

Ermias Joseph Asghedom, real name Nipsey Hussle ( August 15, 1985 – March 31, 2019), was an American rapper, activist, and entrepreneur. His name was derived from his style Nipsey Hu$$le and a comedian as well as actor Nipsey Russell.

Early in his youth, he became interested in music,  writing his first song at the age of nine,  idolizing rappers like  Snoop Dog and Ice. He was an actor, known for Grand Theft Auto V (2010), Wrath of Cain (2010) and Love Chronicles: Secrets Revealed (2010). He has won Grammy Awards two times in his career.

Along with his music, Nipsey is known for his famous Marathon Clothing Store which he later named Vector 90. He was also equally popular on social media like Instagram where he still has over 5 million followers. In March 2019, he was shot dead in the parking lot of his clothing store.

Today we get to know about Nipsey Hussle’s height, age, death cause, personal relationship, net worth. 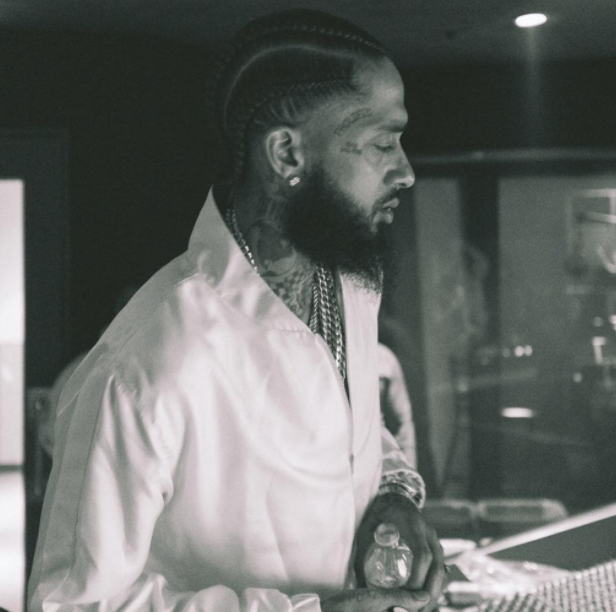 When is Nipsey Hussle’s birthday? Nipsey Hussle was born in Crenshaw, Los Angeles, California, on August 15, 1985. He was with his mother named Angelique Smith, an African-American woman, and father named Dawit Asghedom, an Eritrean immigrant.

With his brother Samuel and a sister Samantha, he was raised in the Crenshaw neighborhood of South Los Angeles. Regarding his education, he attended Alexender Hamilton High School but dropped out before graduating.

Nipsey had issues when he was young and was put in boot camp, reportedly for an attempted school robbery, while studying at Hamilton School. He left home upon his release, joining the local Rollin 60’s Neighborhood Crips briefly.

At the age of19, Nipsey’s father took him and his brother Samuel on a three-month trip in 2004 to Eritrea, East Africa which inspired him later in his life to be a social worker and an entrepreneur. With a series of hit underground mixtapes, he rose from the streets of Los Angeles to become both a respected rapper and a beloved community figure. Though her mother urged him to study well as he was living in a violent environment, he started his career as a rapper.

Let’s get to know about his career achievements. What is Nipsey Hussle famous for?  He was famous for his singing (Rap) as he started his career in singing at the early age of nine. He started working on his music upon returning home and adopted Nipsey Hussle as his stage name. With the released mixtape, he gained a small fan base and was also signed to Epic Records and Cinematic Music Group (music companies).

He released the mixtape titled Bullets Ain’t Got No Name series in  2008 under the management of  Cinematic Music Group. In2010, as a sign of Black entrepreneurship, he left Epic Records to create his music label,’ All Money In, No Money Out’ and released his fourth mixtape,’ The Marathon’ on 21 December.

His eighth official mixtape titled “Crenshaw” arrived in 2013. On the last day of 2014,  Mailbox Money was released. , His one of the hittest “FDT” peaked At number 50 on the Hot R&B/Hip-Hop  Songs chart. Hussle released his official debut full-length, Victory Lap, in early 2018.

His set debuted in the  Billboard  200’s   Top  Five.  It was later nominated for the 61st Grammy Award for Best Rap Album. Nipsey Hussle died in a car accident in December. His music has been released since his death. His legacy will be honored in 2020 at the Grammy Awards. The city of Crenshaw has named an intersection after him.

Through his music, power, and community service, Hussle condemned gun violence. He funded local school improvements and spent time with students. Hussle began a co-working community that he called  Vector 90 along with his merchandise store called Marathon Clothing which he opened in June 2017.

Social Media -He was also actively involved in the Destination Crenshaw project’s preparation and advisory processes. Despite his demise, he is still followed on his social media by his loyal fans all around the world. He currently has over 5 million followers on Instagram and over 2 million on YouTube.

Acting – Along with his singing career, Nipsey also got a small role in few small-screen projects. He played the starring role in Caged Animal and also had his cameo on Bone Thugs’n Harmony. Nipsey was featured as a cameo rapper in the TV show Crazy Ex-Girlfriend on the song titled “The Sexy Getting Ready”.

Awards – Nipsey Hussle won two Grammy Awards in 2020 after his death a year ago. He won in Best Rap Category for song Higher with DJ Khalid and Best Rap Performance for the song Racks in the Middle. Nipsey was given a heartwarming tribute during the show by some of the famous artists. 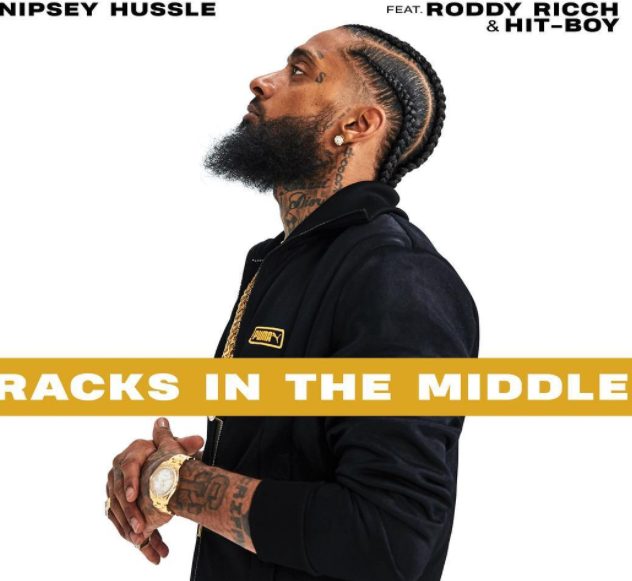 What was the height of Nipsey Hussle? Nipsey Hussle stands a height of 6ft 2inches while he gains a weight of 69 kg. He has got black eyes as well as black hair. He holds an American nationality and belongs to mixed ethnicity. His zodiac sign is Leo.

Who is Nipsey Hussle’s wife? In 2013, Hussle and actress Lauren London started dating. They had a son born together in 2016. London had a child with fellow rapper Lil Wayne from a previous relationship, while Hussle had a daughter, Emani,  from a  previous relationship.  After the death of Hussle, his sister, Samantha, won custody of Emani. 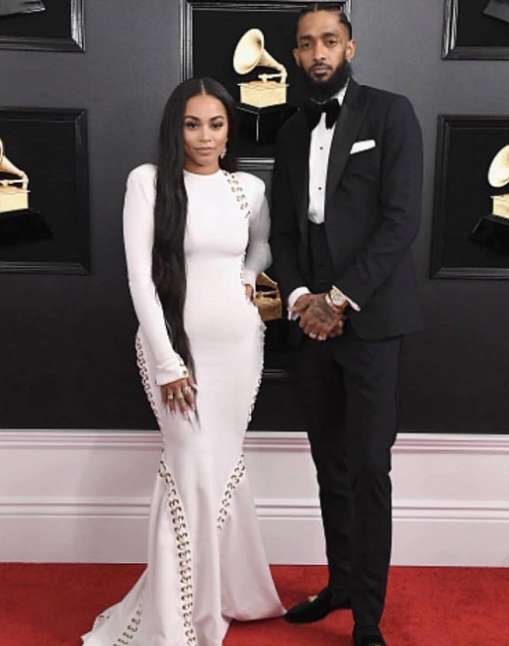 Nipsey Hussle’s father’s name is Dawit Asghedom and his mother’s name is Angelique Smith  He has two siblings a brother named Samuel and a sister named Samantha. In his younger days, his father took Nipsey and Samuel on a trip to Eritrea where he became inspired to be an entrepreneur.

His siblings’ career path is still unknown to date.

When did Nipsey Hussle die?  Around  3:25 p.m. Nipsey Hussle was shot by  Eric Holder several times in the parking lot of his store,  Marathon Clothing, on March 31, 2019.

He was taken to the hospital immediately and was pronounced dead at 3:55 p.m. He was buried At Forest Lawn Memorial Park honorably among his friends and family.

What is the net worth of Nipsey Hussle? The estimated amount of Nipsey’s net worth was $8 million at the time of his death in 2019. This involves saving in the short term and assets such as money and stocks, as well as less liquid assets such as real estate and trusts.

According to his estate’s legal documents that were provided after a year and a half after his death that claimed the value of Nipsey’s estate was $4.2 million.