Who is Niki Nihachu?

Nikita “Niki,” known as Nihachu is a German gamer, YouTuber, Twitch streamer, and Social media influencer. She is best known for her Twitch streams and gameplay videos of games like Minecraft, The Sims 4, and Stardew Valley.

Niki started getting more limelight when she was featured on the Twitch show called “Rajjchelor” by AustinShow. The show is presently known as “Love or Host”.

As of  2022, She currently has 2 million followers on her Twitch account and over 1 million subscribers on her YouTube channel. 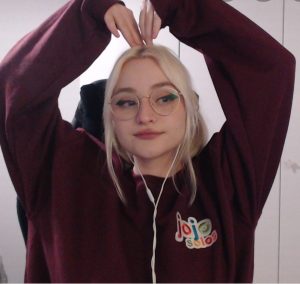 When was Nihachu born? Nihachu was born on 3 November 2001, which makes her 19 years old as of November 2020. This makes her Zodiac sign Scorpio.

Nihachu revealed on Twitter that she has struggled with eating disorders and body dysmorphia her entire life.

Where was Nihachu born?

Nihachu was born and raised in Germany. Nihachu has not talked much about the upbringing of her family. 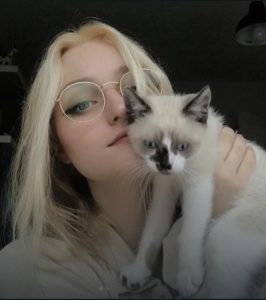 What is Nihachu Famous for? Nihachu is a German gamer most popular for her transfers and ongoing interaction on YouTube and Twitch. For her streams and gameplays, the gamer has become well-known on Twitch and YouTube.

She plays a variety of games, including Minecraft, The Sims 4, and Stardew Valley, which she streams.

She even has Only Chatting sessions with her Twitch followers on a regular basis. Niki launched her YouTube channel in 2020 and has since accumulated over 1.5 million lifetime views.

Niki rose to fame after appearing on the Twitch show “Rajjchelor,” which is now known as “Love or Host,” a stream hosted by AustinShow.

An influencer who appears on the stream during the show and removes possible matches based on their preferences.

Austin will announce whether the contestant chose the host or love after everyone has been eliminated (the influencer). Wilbur Soot, Jschlatt, Quackity, and GeorgeNotFound are only a few of the major influencers who have appeared on this game show.

Niki was a contestant on the show when Wilbur Soot was the influencer. Wilbur ejected all from the show except Niki, who chose love – and Wilbur.

The two have been good friends since their appearances on the show, and Niki has friendships with several of Wilbur’s friends.

Wilbur or his friends would often stream with her. Wilbur paid a visit to Niki in Germany in 2020. 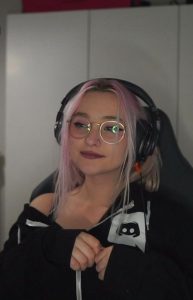 Dream’s SMP includes Niki as a member. After the war between L’manburg and DreamSMP ended, she joined the “Dream Team SMP”.

She stood for vice president with Fundy under the campaign group “Coconut2020” during L’manburg’s presidential elections.

Coconut2020 was defeated by Schlatt and Swag2020, an alliance of parties. Niki started resisting Schlatt’s actions, and as a result, she was fined, arrested, and eventually banished.

After Niki and her fellow rebels regained Manburg, it was renamed L’manburg, with Tubbo as its new president.

Niki became a member of Tubbo’s cabinet and assisted in the reconstruction of the region, as well as developing relationships with newer members of the SMP (CaptainPuffy and Ranboo).

Her new residence is Dry Waters, where she lives with Fundy and Ranboo.

Nihachu has lovely Dark Brown eyes and Blonde hair, and she is really pretty.

In addition, she has a slender and curvy body figure. Her hair color is blonde.

Is Nihachu active on any social media?

Yes, Nihachu active on Instagram with the user name @nihaachuu and has amassed over 798k followers.

She also has a channel on Youtube named Niki Nihachu, where she posts short 18-20 mins video and has 1 million+ subscriber. 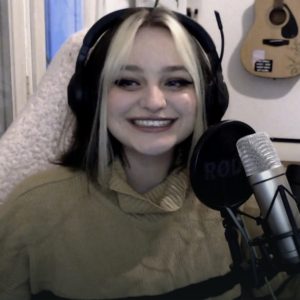 She has not discussed anything about her love life on the internet until now, despite the fact that her fans are very curious.

We couldn’t find any detail about her relationship status because she has always kept her personal life hidden, but for the time being, we can conclude that she is still single.

What is the net worth of Nihachu? According to SocialBlade, Nihachu receives an approximate $1.5K – $23.9K per year from her YouTube channel based on regular views and subscriber development.

As a result of measuring Niki Nihachu’s net worth over the years and analyzing all of her income sources (as explained above), her net worth is calculated to be between $100,000 and $200,000.

Check out one of Niki Nihachu’s popular video