Who is Michael Oher?

Michael Oher (born Mayi 28,1986) is a legendary former football player that played in the offensive position for Baltimore Ravens for eight seasons in NFL.

He was also popular for achieving all American honors for the University of Mississipi.

Other than Baltimores, Micheal also played for Carolina Panthers and Tennessee Titans.

Michael is also for his biography titled “The Blind Side: Evolution of the Game“, where he has portrayed the picture of how his career started when he was in high school.

His life events were also featured in the movie “The Blind Side” which eventually was nominated for an academy award.

His childhood was really difficult considering his mother’s addiction from alcoholism and his father was always in prison.

Michael did not receive a proper education and had to change school frequently.

He repeated his first two grades whereas changed school eleven times till his 9th grade.

Micheal was homeless for some time then when he was seven. He went to various foster homes before the Tuohy family adopted him.

When he grew up, he joined a public high school where he started playing football.

Oher applied for Briarcrest Christian school but the principal only accepted his admission if he completed the study program but unfortunately, Oher failed to complete it.

Regardless principal accepted the admission of Oher to the school.

Michael Oher’s journey towards the NFL great then began to start.

What is Michael Oher famous for? Michael Oher started his career as a football player when he was in high school. He was coached by Freeze and Tim Long.

In the beginning, he was positioned to play in left attacking options and quickly impressed his coaches and teammates.

He was started to become one of the most important players when he was in his senior year.

Michael was named prospect for the Tennesse State and he got a scholarship for various division 1.

He continued his success through his junior year and finally, in 2004 he got All-America honors from USA Today.

Michael was invited to play for US Army All-American Bowl.

He also got a scholarship from the University of Mississipi. Michael started to play at right guard for the University and he played 10 games in that position.

In 2005, Sporting news selected him for All American Freshman.

In 2006, Oher became a star in his best position offensive left tackle. He earned second All-SEC after his phenomenal performance.

In the same year, Michael Lewis an author wrote an autobiography of Michael Oher “The Blinding Light”.

The book was about how he overcame a tough childhood to become one of the most valuable and legendary players.

Later the book was screened as a movie which won an academy award for the best film.

In 2008, Oher was selected for the draft as one of the most promising prospects of the draft.

In 2009, Michael joined Baltimore Ravens in the  NFL draft. He first played as a right tackle, but later moved into his original position in a left tackle.

He was voted as Offensive Rookie of the Year. 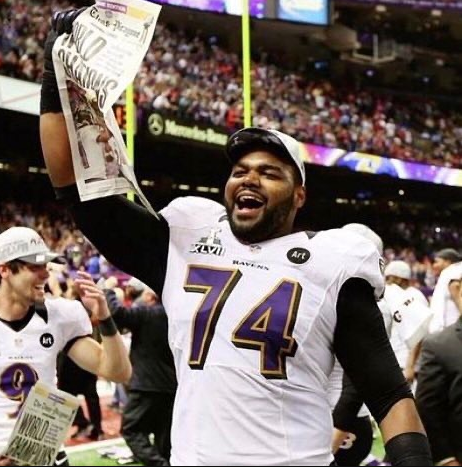 In March of 2014, Michael joined Tennessee Titans for a $20 million contract. Oher played only 11 games for the Titans but due to injury Titans released Oher in 2015.

Oher signed a two-year contract with the Panthers in 2016. The contract was worth $7 million. Oher also played in 2017 Superbowl 50 which he lost.

His hair is black and also has black color eyes. His zodiac sign is Gemini.

He is American regarding nationality and belongs to mixed ethnicity, Oher follows Christianity as his religion.

Michael is a kind person and a very professional player. He loves to charity and make difference.

Michael contributes to lots of countless Make-A-Wish campaigns and loves to provide for society and healthcare services.

It is rumored the couple also has a son based on the pictures on the Instagram of Michael however it cannot be confirmed.

Michael has also been rumored to be romantically involved with Tabitha Soren but it was just a speculation. 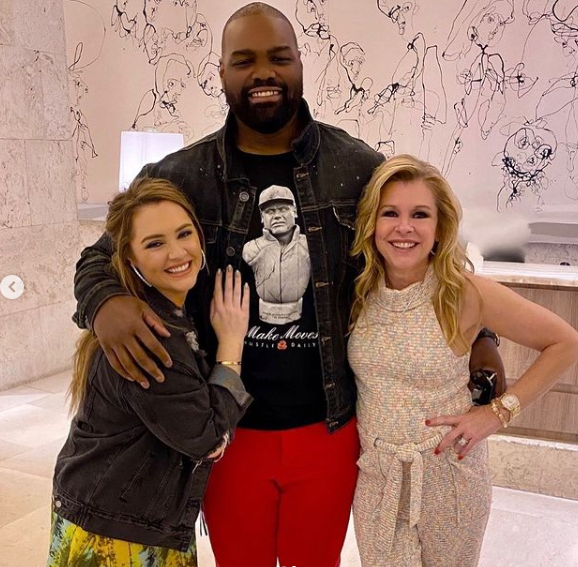 His father Micheal was always in prison and his mother Denise suffered from alcoholism.

Oher was sent to various foster homes since his parents were unable to take care of him. When he was 16 years old he got adopted by a Tu0hy Family.

His father died in prison when he was in high school. Tuohy’s family welcomed him with open arms.

A daughter’s name was Collins Tuohy and her son’s name was Sean Tuohy Jr.

Collins Tuohy is an actress, entrepreneur, and motivational speaker.

On the other hand, Sean Tuohy Jr is a talented basketball player and has played for Loyola Greyhounds.

Michael has 12 biological siblings of his own whose identity and career path are not much known. 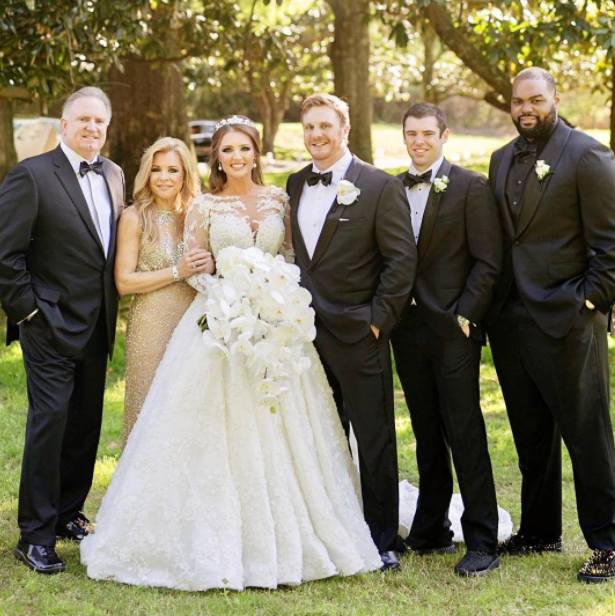 What is the net worth of Michael Oher? Michael Oher is a popular former NFL football player and book author who has played for Baltimore Ravens.

His book and movie made on the biography of Michael titled “The Blind Side” is also really popular and famous among many fans.

Currently, Michael is retired but he has generated a lot of earnings and fortunes based on his illustrious football career.