Who is Kent Emmons?

Born on March 15, 1965, Kent Emmons is a US-based entrepreneur and book author. The 55-year-old founded “ The All Comedy” and “All the Time  Radio Network”. He is also an American media entrepreneur who was the CEO of National Lampoon Incorporation.

The family details and educational background of Kent Emmons are still unknown and not disclosed in the public. However, he graduated high school and high school from Rural Southern Illinois.

As a youngster, he was very spontaneous and interested in business so he started selling lemonade in the lemonade stand at 10 years old. Growing his business to 25 yards a week he did the lemonade business all through his middle school and high school.

Kent was very proud of his work himself and never believed in losing even a single customer while doing this job. This early less than in his childhood boost of confidence in him for his future projects.

Besides this, he was also a very active member and officer of his church youth group throughout his high school. Kent was believed to be a very active student and was class president for several years, local student council President then went on to be elected as the President of Illinois Association of Student Councils, Chairman of State Student Council President’s National Leadership Committee.

What was Kent Emmons’s first job? At 10 years old while other children were playing with the toys Kent started his first job as a lemonade seller in his lemonade stands back in Rural Southern Illinois. The businessman‘s blood was already in him and he never believed in losing a single customer while doing this job through middle school and high school.

At the age of 14, he began to promote poolside dances at the local swimming pool recreational hall in his hometown. In one of his interviews, he said that “he would hire a band for $50, charge people $2 as entrance fee and go on the local radio station to promote it and at least hope 25 people would show up. The customer always showed up” he added.

After this, As a young adult, he stepped into the entertainment and media business and co-founded Atlanta-based artist management and music publishing company named “Atlantis Entertainment” with music legend Bill Lowery. 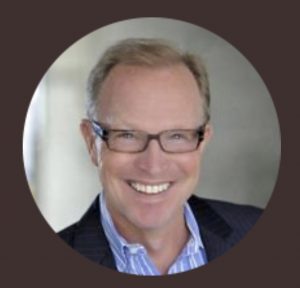 Why is Kent Emmons famous? Currently, Kent is a millionaire media entrepreneur who has also produced movies such as “B.T.: I am not Black Enough” in 2007, “All Duharme: Spineless” and “Loving It” in 2008 and Hollywood’s Master Storytellers the “Aristocrats” in  2006.

Not only that he has also written books like Generation Entrepreneur, Hook-up, and Common Sense 80%. Kent is also a reputed member of the entrepreneur club at Famous Face Wiki.

Kent has also founded All Comedy, All The Time Radio Network, and has been a guest on Fox News and MSNBC. In addition, Emmons also played a role in managing the estate of late Gary Coleman.

The name of Kent’s parents and the family background is not publicly available to the readers and viewers.

How tall is Kent Emmons? He stands at a height of 5feet 7 inches tall and weighs around 55 kgs (approx. 121lbs). His birth sign is Pisces. The 55-year-old has hair and blue colored eyes.  The US-based media entrepreneur was born in Illinois, United States.

Is Kent Emmons on Instagram? Kent Emmons is on Instagram with the username @kentemmons. He has 35 followers and 4 posts of which all are videos as of December 2020. Kent has recently joined Twitter as @KentEmmons in January 2020 and has 9 followers. He also has a website named kentemmons.com.

What is the net worth of Kent Emmons? The total net worth as per reports of Kent Emmons is the whooping US $1 million. His business ventures All Comedy and All-Time Radio Network have contributed the most to his net worth. Along with this, he is also the author of books like Generation Entrepreneur, Hook-up, and Common Sense 80%.