“Who is Kellin Quinn”?
Kellin Quinn(born 1986) is a famous American singer, songwriter and composer. He is better known for possessing position of lead vocalist and keyboardist in the famous rock band, Sleeping with Sirens. The band was formed by members of For All We Know and Paddock Park and has been active since 2009.

Quinn is renowned for being the lead singer of the post-hardcore rock band while his high pitched voice is what makes him stand out among the rest.

On contrary, he easily made other well-known celebrities to fall for his quirky voice,so he has been able to co-operate with Machine Gun Kelly, Matty Mullins, Vic Fuentes, and many more. 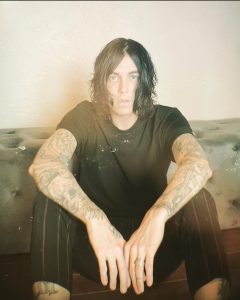 Kellin supporters are having a hard time to believe that the singer is now 34 years old despite to his defined facial features which makes him look more younger. They often call him “Boy with baby face“.

It is always a matter of fact that we tend to have talent in limited fields, however it’s not true for the all-rounder Quinn who has been compared to many other record-breaking international artists. Hence, the name “Versatile King” took place.

Due to his undeniable great looks and inspirational talents, he has been able to garner a huge popularity on different social sites.

As well, he is the owner of a clothing line dedicated to a lifestyle which was created by two friends who share a similar idea i.e.”Anthem Made“.

But of course his journey towards today’s fame was not so easy. He believed that his hard-work would pay him off one day and constant passion is what eventually worked out for him. Furthermore, let’s look at how his journey as a musician started.

He grew up along his two brothers and two sisters in a moderate sized family. However, his parents split up when he was just three years old.

He grew up in both Oregon and Michigan. Although, he was born in Oregon but he decided to attend school at Michigan.

As he was interested in the field of music since early days, he used to play trumpets in schools. 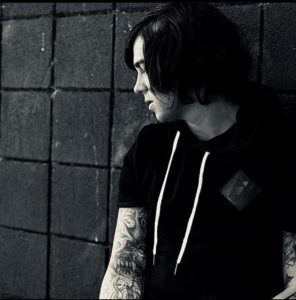 “In which band is Kellin Quinn in”?

He knew that he could have a bright future for himself in music with the ability he possessed due to which he decided to pursue his career.

“What genre is Kellin Quinn in”?

It is not unknown that before being the part of most popular rock band ‘Sleeping with Sirens’, he was an active member of a band called ‘Closer 2 Closure’.

He has also played for bands like ‘For All We Know’, ‘Our Name in Citylights’ and ‘Screenplay’. However, his career took a huge turning point when he finally decided to work as a lead vocalist in ‘Sleeping with Sirens’.

“What is Kellin Quinn famous for”?

Public liked his enthusiasm for music and how versatile he was, so his popularity only rose up everyday.

When asked to the readers of ‘Alternative Press’ in the year 2012, he was voted as the ‘singer of the year’. Later he was also nominated in the category of ‘hottest male’ at Kerrang! Awards. 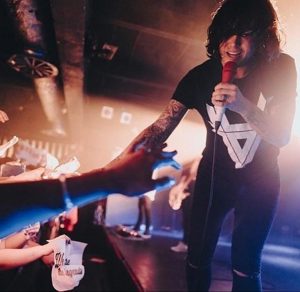 He also has his own clothing line known as ‘Anthem Made‘ for which his wife models.

He currently has over 536 thousand subscribers on YouTube. The singer said that, ‘No one believes in us? We will make them believe’.

His most popular tracks include ‘If you can’t sing’,’Scene one’, ‘If I’m James dean, you’re Audrey Hepburn’,etc. He is said to be one of the most powerful vocals in the music history.

“What is the height of Kellin Quinn”?
Quinn stands at a height of 5 feet 8 inches tall and weighs about 72 kg. He has brownish colored hair ,kind of dark and his eyes are black. His zodiac sign is Taurus He belongs to the agent known as ‘Rise Records.’

He is Christian and has ethnicity of North American. He has revealed that he has never been interested in boys and is straight.

His hobbies are in fashion, making music, playing keyboard, etc. He always had a friendly relationship with most of the people and some of his friends include Machine Gun Kelly, Matty Mullins,etc.

His kind personality makes everyone to respect him. Although, back in 2013, he had a feud with the lead vocalist of ‘Bring Me Horizon’ over twitter which made fans hateship them. 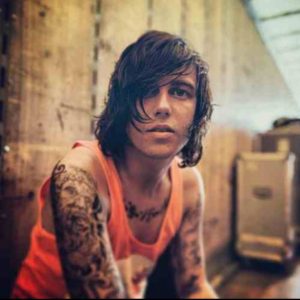 “Is Kellin Quinn married”?
The heartthrob of many got married in 2013 with his long run girlfriend, Katelynne Quinn who has a popular blog called ‘Youth Quaker’and the two engaged after 4 years of dating since getting together in 2009.

The two have a very strong relationship as he is a Taurus and she is Gemini, them being the most compatible signs to accompany each other.

The beautiful couple have three children who are Copeland Quinn(biological daughter) and two sons named Lian Quinn and Rowan Quinn from the previous relationship of Katelynne Quinn.

As Kellin tries to keep his personal life a little private, however it is believed that he had 1 relationship before Katelynne. 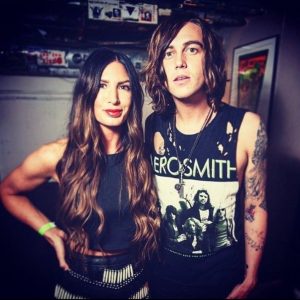 “What is the net worth of Kellin Quinn”?
It is estimated that the net worth of kellin quinn is around $2 million. His primary source of income is from the tracks he produces and in addition he earns a good fortune from his clothing line.