Who is Karl Jacobs?

He is also a member of Dream Team SMP and is popular for the speedrun of the game Minecraft along with other players. 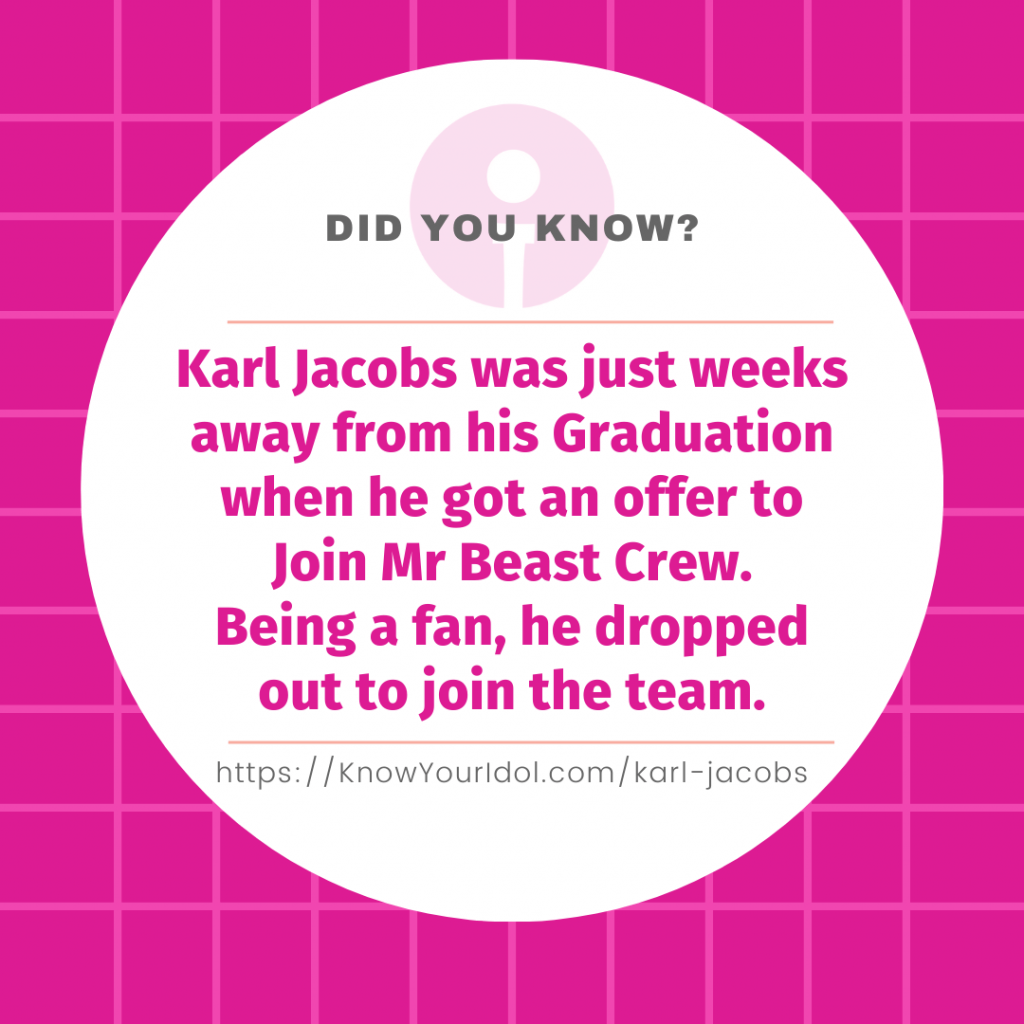 He joined Dream Team Smp in August 2020. Despite regularly featuring in MrBeast’s channel he does not have his own YouTube but is frequently active in Twitch and TikTok. He currently has 1.8 million followers on his TikTok account.

He is equally popular on Instagram where he shows his photos with his team and crew members and has generated over 2.7 million followers (As of June 2022).

So let’s get started

What is the age of Karl Jacobs? Karl Jacobs is a 19-year-old American Twitch star. It is still unknown in which state of the US he was born. He was really talented in handling cameras and making videos since he was younger.

Did Karl Jacobs go to college? Karl completed his high school education at Fort Dorchester high school in 2016 and then he joined Portland Community until 2018.

During his high school days, he worked as a Salesman at Starlite gaming. He also started to learn and became very talented in operating cameras and making videos.

He used to make videos in his college and when he was just weeks away from graduation he was offered a crew role for MrBeast.

He was really excited so he dropped out to join the team. 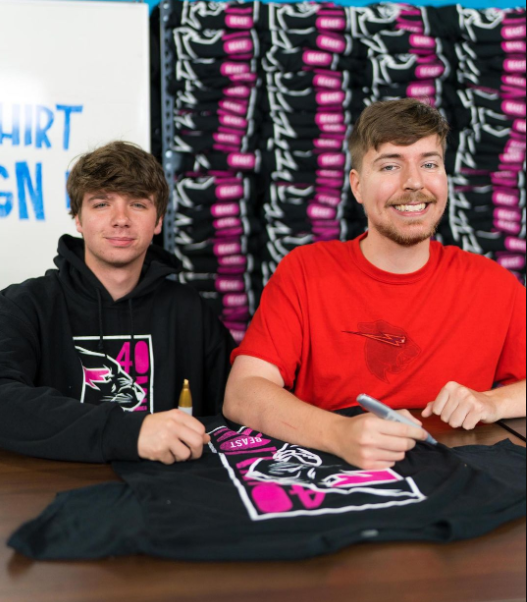 According to Karl himself, he was weeks away from his graduation but an offer to join the MrBeast crew appeared.

Being a fan he could not refuse the offer so he dropped out to join with MrBeast.

He was first just a camera guy for the channel and was spotted occasionally in the background.

But his lucky stars shined again when Jack the Viking left in mid-2020, they experimented with bringing Karl on the shows.

People instantly liked his charm and personality and he quickly became a permanent member of the channel.

Despite not being a main member of the crew, he is adored by many fans all around the world.

He is also featured in many famous MrBeast videos such as “$60,000 extreme hide and seek challenge”.

When did Karl Jacobs join Dream SMP? After gaining so much fame from the MrBeast channel as well as making a name on Minecraft speedrun he was invited to join a prestigious Minecraft Speedrun team Dream SMP.

In August 2020, he joined the server for the first time.

He has become one of the most famous and likable members of the team and has grown his fans from all around the world.

He is very popular among other members like Quackity, SapNap, and GerogeNotFound.

He joined MCC (Minecraft Championship) in 2011 and is a reoccurring player ever since then.

He was in the MCC11 along with all other members of the group. The team was first but he individually was ranked 34th.

He was also in MCC13 he was ranked 32 individually and his team finished 8th overall.

As we can see how he is so talented and deserves the recognition he is getting. Now let us take a look at his personal information. How tall is Karl Jacobs? Karl stands at a height of 5 ft 11 inches or 1.80 meters tall. Jacobs is the shortest member among the MrBeast crew. The American Twitch streamer weighs about 54 kg or 119 lb.

His zodiac sign is Cancer. His hair color is brown and his eyes color are grey.

He holds an American nationality and his ethnicity is white. He has not revealed his religion exclusively. His shoe size is 6 (US) approx.

He has a lean body with no muscles. He has medium, dry hair which he colors often.

Who is Karl Jacobs’s girlfriend? Karl Jacobs has not revealed who he is in a relationship with right now so we can assume he is still single.

Karl has shared photos with lots of females on his Instagram but has not publicly stated any of them as his girlfriend.

We can believe due to his young age, he is not in a relationship with anyone but is focusing solely on his career.

Who are Karl Jacobs’s siblings? Karl Jacobs was raised by his parents along with his sister and brother which he has revealed on his social media.

The names of his parents are still unknown.

He does however have mentioned his Sister’s name is Corry and his brother’s name is Sean.

Their current whereabouts and career paths are still kept private.

From the above information, we can point out that not much is known about Karl Jacobs’s family which means he is a very private person and does not want to focus on his family in the media. A YouTuber named Geosquare has made videos as evidence of how he thinks the team cheated.

The team Dream has completely denied the allegation. We will keep you updated on where the situation takes now.

Is Karl Jacobs alive? Karl Jacobs is alive and well. He has not revealed if he is suffering from any illness so we can assume he will live much longer since he is such a young boy.

What is the net worth of Karl Jacobs? Karl Jacobs is a popular Twitch Streamer, YouTuber, and one of the most important crew members of popular YouTuber MrBeast.

Along with that, he is also a member of the popular Minecraft group Dream SMP.

Jacobs has an estimated net worth of approximately $500,000 to $ 1 million. His primary source of income tends to be from MrBeast’s YouTube channel.