Who is Karen Steele?

Karen Steele (born 20 March 1931) is a popular American actress from Hawai, United States. She was famous for her various films and TV roles.

Karen starred in many popular movies including Marty, Star Trek, and Ride Lonesome. She played and acted up to 60 movies and TV roles in her prime as an actress.

Karen was happily married to Psychiatrist Dr. Moyrice Boyd Ruland. She died on March 12, 1988, at the age of 57 due to Cancer. 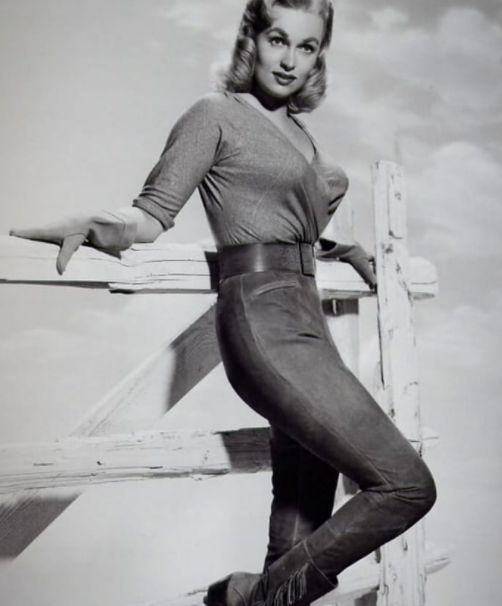 Where was Karen Steele born? Karen Steele was born in Honolulu Hawai. During her childhood, Karen learned many languages such as Polynesian and Japanese.

Karen suffered a major accident when she was just 13 years old. During surfing her legs got caught in coral and she had a severe cut.

Due to it, she had an infection called osteomyelitis. The infection was so critical doctors even considered amputating her leg.

However, she was lucky a doctor from Hong Kong was able to heal her with metal and wires.

Karen had to suffer 22  operations on her leg and finally able to walk and rehabilitate.

After successfully walking Karen started her education again and enrolled in the University of Hawaii. She also joined Rollins college to study acting for a year.

She was able to gain the role of model and short role in movies after her theatre performances in Florida.

What is Karen Steele famous for? Karen steel started her career as a model but made her acting debut in the radio program Let George Do it.

In 1953, she appeared in two movies titled Man Crazy and The Clown.

Karen also starred in So False and So Fair one year later of her debut in 1954 but the subsequent year she played a side actress in Marty which catapulted her career due to her amazing performance.

Karen continued to appear in TV roles as well with performance on Maverick.  She also played in Jefferson Drum an NBC series released in 1958.

In the same year, Karen made a guest cameo in CBS Perry Mason in “The Case of the Haunted Husband” as Doris Stepanek and also in “The case of Fatal Fetish” as a murder victim.

Following year, Karen played the role of Dolly LeMoyne in the Rawhide episode of “The Women Trap”.

She also played the character of the strongest female agent for NBC’s Get Smart in 1965.

In 1966 she appeared in one of the popular movie franchises StarTrek. But as she grew older she appeared less in movies and continued to appear in TV roles.

But after 1970, she started to do charitable programs rather than making appearances on TV.

Karen went to a handshake tour promoting service hospitals for females and children. This decision cost her agent and up to $80,000.

Karen was battling cancer for a long time before dying in 1988. 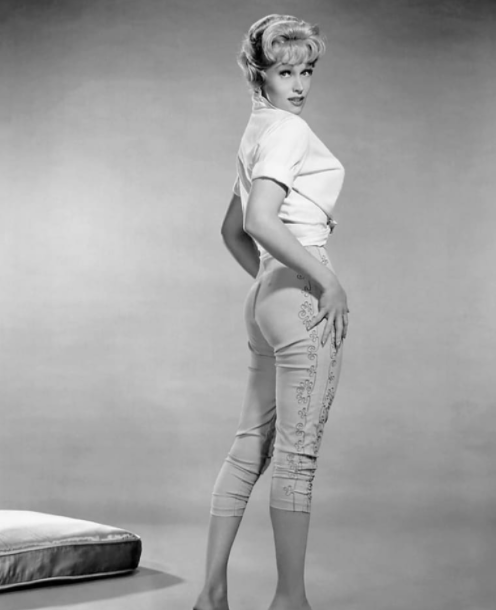 She has blonde color hair and her eyes color are blue. Her zodiac sign is Pisces.

Karen is American and belonged to white ethnicity. She also followed religion. Karen had a beautiful face and a lean amazing body.

Later down the road, she used a metal leg to walk but her appearance did not get ruined because of it.

The couple were happily living and together till the death of Karen.

They did not have any children. Karen was also with Ruland and did not date any man besides him.

Karen Steele was born and raised in Honolulu Hawaii. She had loving parents. Her father’s name was Percy Davis Steele and her mother’s name was Ruth Covey Meritt.

Percy was a Marine and ambassador of Marshall island whereas her mother was a school teacher.

The identity of her sibling was kept secret as she did not talk about it as well.

She could have been the only child of her parents which is why there is nothing known of her siblings.

What is the net worth of Karen Steele? Karen Steele was a popular TV and movie actress during her acting days.

In Later years she dedicated her life to charity and a good cause.

Many people remember her for her role in Star Trek and many other popular NBC shows. Karen generated a significant amount of income and money during her time as an actress.