Born on December 29, 1987, Jose Stemkens is a former model, fashion consultant, and fashion entrepreneur. She was born in Tembisa, South Africa. Jose is also the founder of the fashion Company named “Sunrise Fashion Consulting”. Popularly, she is known as the ex-wife of famous actor Titus Welliver. She was the fifth wife of the American actor.

Jose Stemkens is not just a famous celebrity wife but also a woman with an impressive resume. So let’s know more about her life and career.

Where was Jose Stemkens born? Even though Jose was born in South Africa, she was raised in Holland. The details about her family are not much disclosed. The closest report we could get is that she has a brother and a sister who attended her wedding along with her mother. The identities of the family members are not publicly disclosed in the media.

Jose’s educational background is also not known however she has graduated college and started her modeling career when she was in college back in Holland.

What does Jose Stemkens do? The fashion enthusiast and consultant’s career began from her school days as a student where she started working in a store named “Mata Hari Multi-Chain Store” in Holland. She was hired as a sales clerk in the Wholesale Fashion Store. Due to her impressive work and dedication, she was promoted to an assistant manager and later as the store manager. This job marked the first milestone of Stemken’s career as a fashion enthusiast. This gave her numerous opportunities in the European Fashion Market and she only moved forward from thereon.

Then in 2009, Josie stem cans joined a Dutch Fashion Company as its president. She helped the company to build its brand in the US for the next four years. The brand she worked for was DEPT and JC RAGS.

Along with this she also was the vice president of the fashion store named “House of Quirky” which is a brand renowned for its affordable and high fashion prices.

After a few years in between 2013 and 2014, she served as the company’s vice president and helped the company expand across the national border before retiring to work as a Fashion Consultant.

She gained vast opportunities and experiences with her working in the past so Jose Stemkens relocated to the United States of America and launched her own company named “Sunrise Fashion Consulting”. The company works in collaboration with other companies such as Cocurata, Lui jo, Superfine, and Freddy for its international relations. Sunrise Fashion Consulting is based in Los Angeles which provides consultancy about fashion.

Born in Tembisa, South Africa,  she is a European.  There is little to almost no information in the media about her educational background, parents, and family. How old however it is believed that she has a brother and a sister. Her mother also attended her wedding along with her brother and sister.

Who is Jose Stemkens’s husband? Jose Stemkens’s husband is a well known and famous American actor named Titus Welliver. She is happily married to the American actor. The lovebirds surprised the fans and critics when they walked down the aisle on April 12, 2014, in Calabasas, California. The journey when their love began is unknown to the public however the couple had dated for a couple of years.

It is her first marriage but it was not the first marriage of her husband Titus. Titus got married three times before but it ended in divorce so he married Josie as his fourth wife. Titus is well known for his role as a prosecutor Glenn Childs on the series “The Good Wife”. Along with this, he has also worked in some dramas in the ABC channel named “Man in Black”, the hit TV series “Lost” as well as “Argo”. 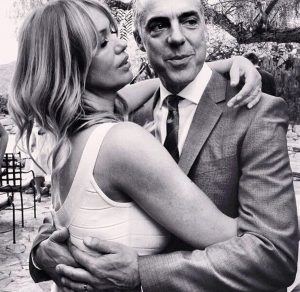 Does Jose Stemkens and Titus Welliver have kids? The couple does not have children of their own. But Josie has three step children, two sons and a daughter all from her husband’s previous relationships.  A couple is believed to be a match made in heaven and a perfect duo by their friends, family and fans. 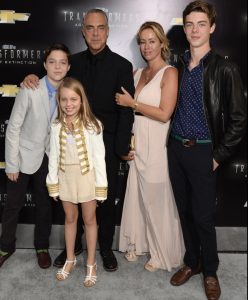 How tall is Jose Stemkens? The blonde Fashion Consultant and wife of  Titus Welliver stands at an average height of 5 feet 6 inches tall.  The approximate weight is not known. She has beautiful hazel colored eyes and blonde hair.

Is Jose Stemkens on Instagram? Yes, She is on Instagram as @josestemkens. However, she likes to keep her life private so her Instagram account is private and not available to the public. She currently has over 1050 followers(as of December 2020)  on the platform. She’s also on Twitter as @JoseStemkensWelliver and has over 50 followers. It seems like she is not really active on the social media platform.