Who is Jerry Mathers?

Gerald Patrick Mathers (born 1948, June 2) is an American actor who is known by the stage name Jerry Mathers.

He is popularly known for his role in the television sitcom Leave it to Beaver, which was originally broadcasted from the year 1957 to 1963.

Jerry played the role of Theodore “Beaver” Cleaver, the younger son of the suburban couple June and Ward Cleaver, and also as a brother of Wally Cleaver.

His co-star Karen Sue Trent played the role of Penny Woods which was Beaver’s classmate and second love interest on that show. 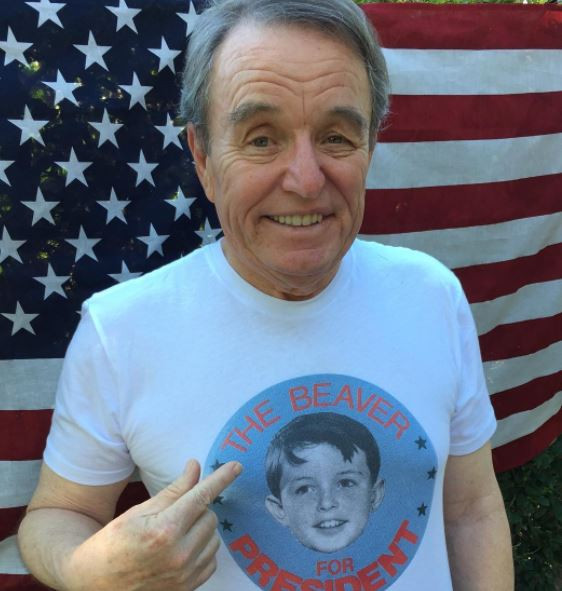 Where was Jerry Mathers born? Jerry Mathers was born in Sioux City, Lowa in the year 1948. Jerry was raised in the San Fernando Valley, Los Angeles, California.

In the year 1973, he attended the University of California, Berkeley, and also obtained a Bachelor of Arts degree in philosophy. After he got graduated from the University, he joined a bank as a commercial loan officer.

He actually started his early career when he was just two years old as a child model for a department store ad.

Why was Jerry Mathers famous?

Jerry Mathers debuted in films when he was just four years old.

In the year 1952, he appeared in the film called ‘Son of Paleface’ and in the year 1954, he was also seen in the movie called ‘Men of the Fighting Lady’ and ‘This Is My Love.’

He then appeared in ‘The Seven Little Foys’ and Alfred Hitchcock’s ‘The Trouble with Harry’ in the year 1955. Jerry played Norman Taylor in the year 1956 film ‘That Certain Feeling’.

In that following year, he also played Freddie in the film named ‘Bigger than Life’.

On television, he found several roles in ‘The Adventures of Ozzie and Harriet’ in the year 1952; ‘I Love Lucy’ in the year 1953; ‘Lux Video Theatre’, ‘General Electric Theater, and ‘Matinee Theater’ in 1955.

In the year 1956, he was also featured in ‘Screen Directors Playhouse’.

In the year 1957, he captured his breakthrough role in the show called ‘Leave It to Beaver’.

Leave it to Beaver

One time he stated in an interview that he earned the role of Beaver Cleaver because the producers of that particular show liked his outspoken and sincere nature, which was suitable for the role.

He then played the role in the show along with Tony Dow for six years and appeared in all the 234 episodes of the series.

He also became the first-ever child actor to get a share of the merchandising revenue from a television show which was a great win. That particular show generated merchandise revenue for many years even after it ended.

While doing the movie ‘Leave It to Beaver’, he also appeared in the 1957 movie called ‘The Shadow on the Window’, where he played the role of Petey Atlas. He also played Steve Innes in the 1958 movie ‘The Deep Six’.

After the show ended, he left his acting career behind for a few years and attended Notre Dame High School which was located in Sherman Oaks, California.

Jerry then formed a band, the Beaver and the Trappers, during that particular time.

While he was in high school he joined the United States Air Force Reserve and continued to serve there even after he got graduated from his high school in the year 1967.

He also started his own real estate business with the royalty money he used to get every week from the bank.

In the year 1978, he returned to show business and was featured in a comedy play named ‘Boeing, Boeing’ in a place called Kansas City.  He also joined KEZY-AM radio in Anaheim, California as a disc jockey in  1981. 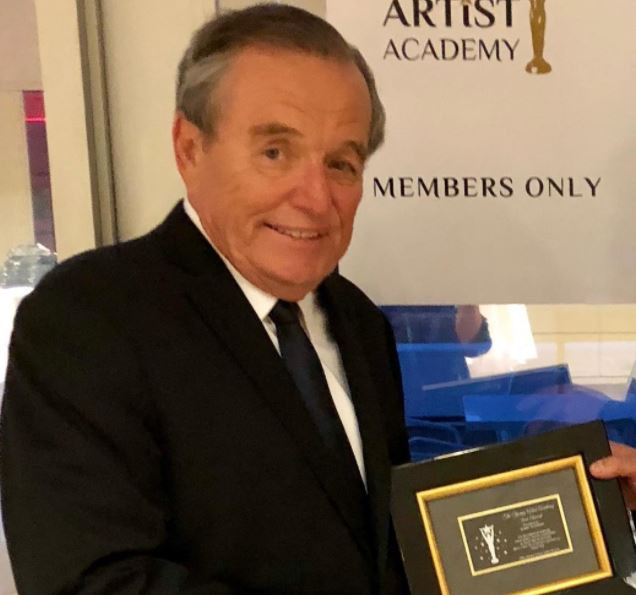 In the year 1983, he reinterpreted his role of Beaver Cleaver in the television reunion movie ‘Still the Beaver’, along with the original cast members.

The particular television film was followed by a sequel series of the same name. The series was first aired on the Disney Channel and later on TBS, where it was again renamed ‘The New Leave It to Beaver’.

Jerry Mathers then played Baron Hardup in ‘Cinderella’, a pantomime directed by Bonnie Lythgoe. It was actually a theatrical entertainment show which also involved music, jokes, and comedy.

He then became the first and the only actor to ever star in a professional British pantomime that was performed in the United States.

He also made his first Broadway appearance in the year June 2007 with the musical titled ‘Hairspray’ at the Neil Simon Theater.

In the year 2008, he portrayed Mr. Simpson in the film named ‘Will to Power’ and appeared in the TV movie ‘Mother Goose Parade’ which was directed by Jillian Hanson-Cox.

‘Leave It to Beaver’, one of the popular television sitcoms, was Jerry Mathers’ best work in his career as being a child artist. Mathers did the show for the whole six seasons.

Not only in the United States but also it was shown in many other countries as well and Mathers became very popular in these countries too.

Mathers played an inquisitive yet innocent boy Theodore ‘The Beaver’ Cleaver. The show just revolved around his adventures at home, in school, and also in his suburban neighborhood.

One of the television movies, ‘Still the Beaver’, was another one of his amazing works. The success of that particular movie led to the development of the new TV series titled.

‘The New Leave It to Beaver’, which was aired in several other major countries. He himself directed some of the episodes of that series.

In the year 1984, Jerry Mathers won the award of Young Artist in the category Former Child Star Lifetime Achievement Award for ‘Leave It to Beaver’.

People Magazine also named him as one of the most famous individuals in television history.

What is the height of Jerry Mathers?

Jerry Mathers stands at the height of 5 ft. 5 inches tall and weighs around 65 kg. Jerry has a black color eye and his hair color is also black. Mathers zodiac sign is Gemini. His nationality is American.

In the year 1998, he published his own memoirs named ‘And Jerry Mathers as The Beaver’.

Doctors diagnose Jerry with Type 2 diabetes in the year 1996. After learning to manage the condition he had suffered, he became a spokesperson to create awareness about that particular disease.

They have three children a son named Noah, and two daughters named Mercedes and Gretchen. Years after he and Gehring got divorced in the year 1997, he then married Teresa Mednick on January 30, 2011. 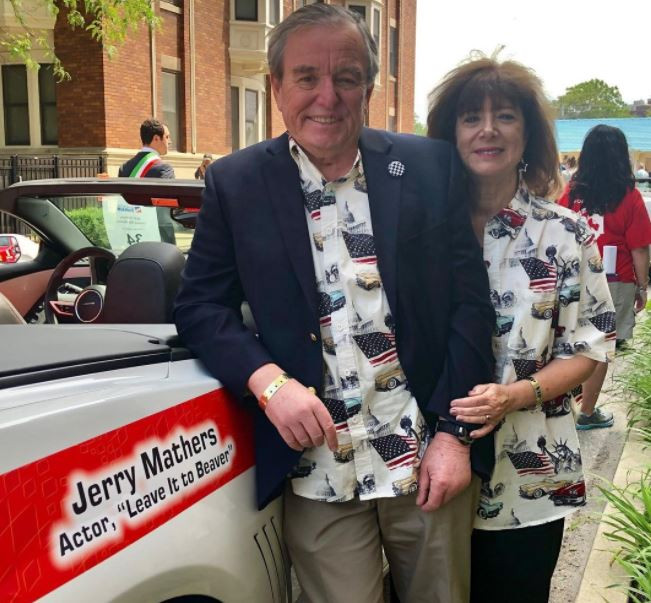 Jerry Mathers’s father worked as a high school principal, his name is Norm Mathers and his mother’s name is Marilyn Mathers.

He also has a younger sister named Susie Mathers McSweeney, and also a younger brother named Jimmy Mathers, who were both child actors.

Jerry got married three times. He has three children with his second wife, Rhonda Gehring. His son’s name is  Noah and two daughters, Mercedes and Gretchen. Now his wife is Teresa Madnick.

Net Worth of Jerry Mathers

Jerry Mathers has a net worth estimated around $4 million. He has earned such an amazing amount of money by his profession as a popular actor over the years.