Who is Jacob Sartorius?

Rolf Jacob Sartorius, professionally known as Jacob Sartorius is an American singer and songwriter born on October 2, 2002. As of 2020, Jacob is 18  years old and is also a well known social media influencer with millions of fans on TikTok and Instagram.

The singer and internet sensation first gained fame by posting vines and lip-syncing videos at the young age of 12. Moreover, Sartorius rose to fame by posting comedic videos on Vine and Lip Sync videos Musical.ly and TikTok.

The American Singer released his first single “Sweatshirt” in 2016 which was among Hot 100 charts in the United States. Jacobs albums, EPs, and singles have also charted in the Billboard Top 100.

He has a total of over 33 million followers on his social media accounts.

Where was Jacob Sartorius Born? Jacob Sartorius was born on October 2, 2002, in Tulsa, Oklahoma. It is sad but true,$ that his biological parents left him for adoption because they were unable to take care of him.

Later he was adopted and he grew up in Reston, Virginia with his adoptive parents.

Jacob started to show interest in music and performing for crowds at the young age of 7. His adoptive parents wholeheartedly supported him in his musical interest.

Jacob saw huge success at a very young age that other teenagers could just dream of. But on the flip side, he had a very difficult childhood where he was bullied multiple times at his school.

As a result, he changed his schools thrice after getting teased and bullied by his classmates. He revealed that social media helped him to escape the darkness of bullying and stay happy. His first video that went viral was also about anti-bullying and its effect on people. 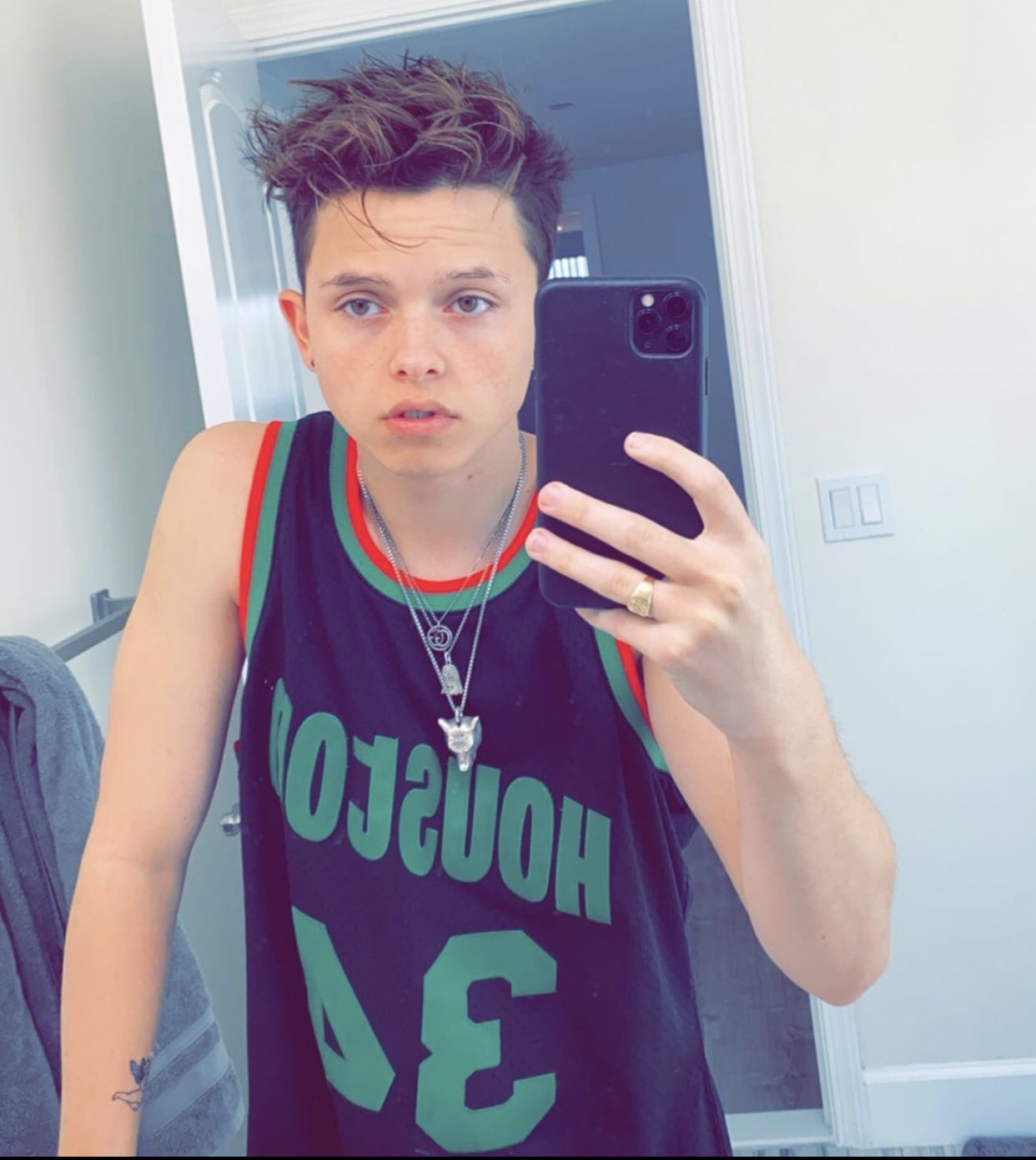 What is Jacob Sartorius famous for? Jacob is famous for his hit songs like “Chapstick” & “Sweatshirt”, etc. Along with it, Jacob is a very famous social media personality with millions of followers.

Jacob joined vine in 2014 when he was just 12 years old, The video that made him the youth sensation was about anti-bullying.

Later, he switched to posting comedy videos and lip sync on musical.ly (now TikTok). He also started to post in musical.ly in 2014 and gained a lot of fan-following. He was ranked amongst the top musical.ly stars and had gained over 8 million fans by August 2016.

Jacob still remains to be one of the most followed TikTokers and is growing his followers day by day.

Jacob Sartorius and his singing career: Talking about his singing career the young star signed with T3 Music Group in the year 2016 and released his first single “Sweatshirt” the same year on May 3. The song was a huge success and reached number 90 in the US Billboard Top 100 chart and ranked  81 on the Canadian Hot 100.

Sartorius released two more singles named “Hit or Miss” and “All my friends” which also performed really well. His song “Hit or Miss” debuted at number 72 in the United States which is his highest-charting single to date.

On October 6, 2017, Sartorius was signed with RCA Records and released his major-label debut “You Left me Hangin”.

His latest song is titled “Over You” which was released in 2020.

As for Jacob Sartorius today, he remains involved in the music industry and still remains active in social media like TikTok and Instagram where he loves to entertain his friends. 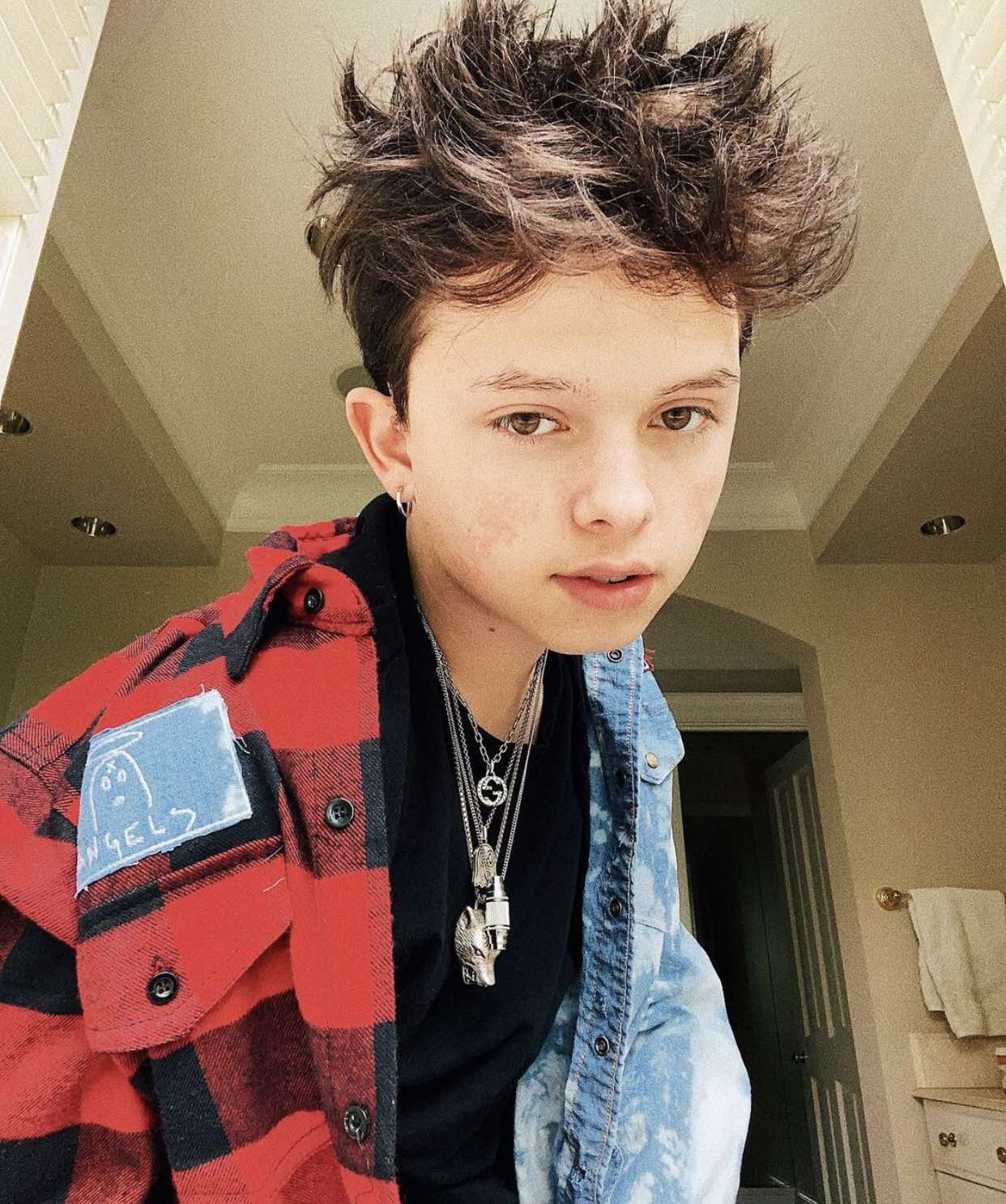 Who are Jacob Sartorius’s parents? The details of his biological parents are still not disclosed yet. His Father’s name is Rolf Sartorius whereas his mother’s name is Patricia Sartorius.

Jacob has an older sister named Caroline who is 23 years. Her Instagram account has more than 400,000 followers. His sister Caroline, also features in his music videos.

Is Jacob Sartorius single? Yes, Jacob is currently single and not in a relationship. Previously, he was in a relationship with Jenna Ortega (2017) and Stranger Things Star Millie Bobby Brown (2017-2018).

Rolf’s eye color is Hazel and his natural hair color is Brown.

Moreover, he is one of the most popular TikTokers and has over 24 million fans on TikTok.

How much is Jacob Sartorius worth? Jacob Sartorius is an upcoming and young singer and songwriter. Along with it, he is a well established social media influencer. Jacob has an estimated income of $4.5 million USD. The primary source of his income is through his career as a singer. He also earns thought Tiktok and brand deals on Instagram.

1. He was raised by his adoptive parents in Reston, Virginia.

2. His original birthplace is Oklahoma and was adopted after his biological parents couldn’t take good care of him.

3. He doesn’t like to go by the name Rolf even though it had been a tradition in his family.

4. Jacob used to be bullied by his classmates and changed his school 3 times.

5. In 2014, August 17, he posted his first video by sending a message against bullying.

6. Jacob has a weird talent where he can wiggle his ear. Only 10-20% of the total population can do this.