Who is Jack Owoc?

Jack Owoc is an American Business executive born on June 15, 1961, who is best known as the chief executive officer of the energy drink company Bang Energy.

He founded Pharmaceuticals in the early 1990s. Similarly, he is the CEO of energy drink and supplement Bang Energy.

Bang Energy is the third most selling energy drink after red bull and monster. 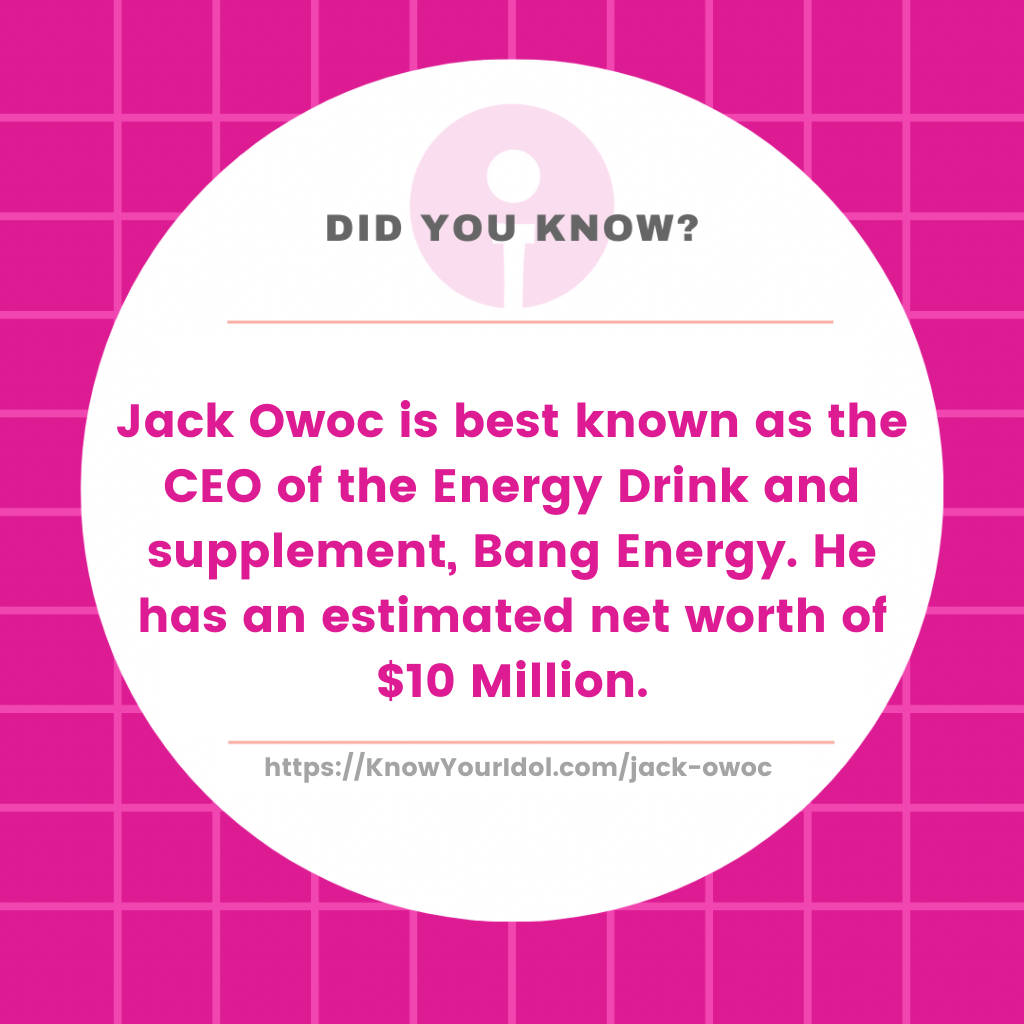 Today we will be discussing Jack Owoc’s age, height, weight, family, relationship, career, and achievements he has made so far. 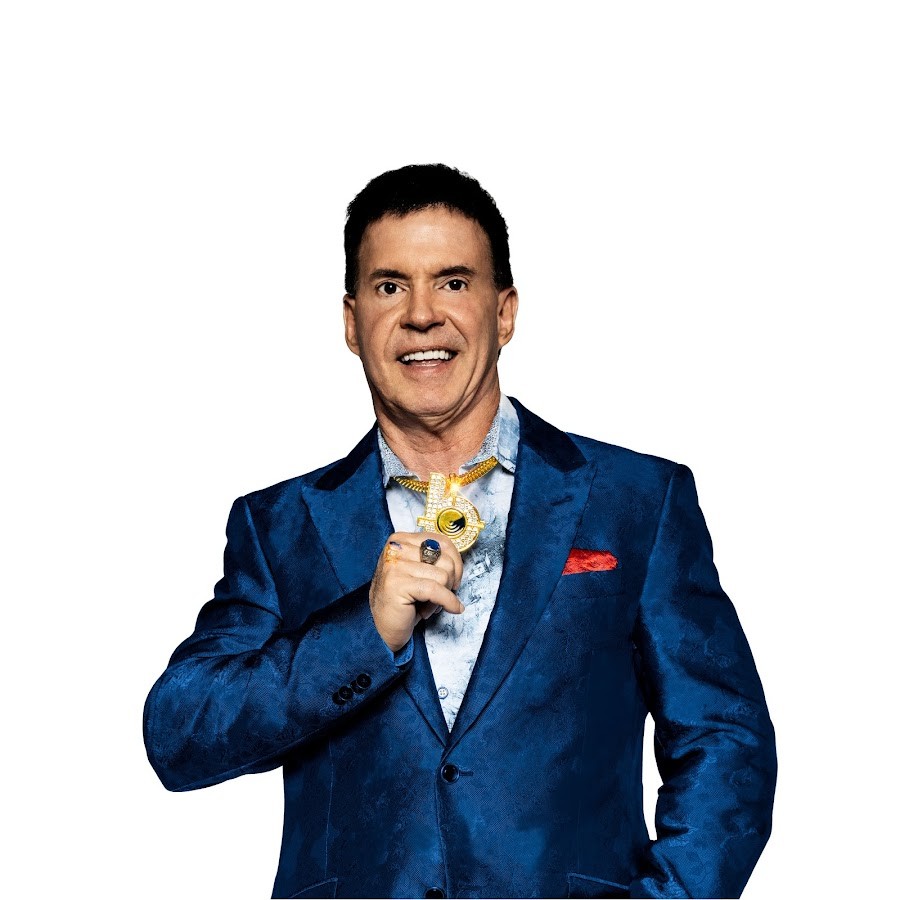 So, Let’s get started

When was Jack Owoc born? Jack Owoc, the business executive was born on June 15, 1961.

As for his birthplace, he was born in the United States of America.

Talking about his educational background, he completed his degree from the Florida Atlantic University.

As for his schooling, the information about it is not yet disclosed to the media.

There is not much information known to the media about his childhood life.

We will make sure to update you all as soon as we get the unknown information about Jack Owoc the business entrepreneur.

Now, let’s get to the Jack Owoc career, and achievements he has made this far.

What is Jack Owoc famous for? Jack Owoc is a business executive who is famous for being the founder of supplement Bang Energy.

Jack founded the company of vital Pharmaceuticals in 1993.

He started his professional career when he graduated from his University.

In 2012, the businessman, Jack brought up Bang Energy in the market under the name of VPX.

Apart from VPX, he introduced another beverage variation of Bang Energy which was caffeine-free.

The main motive of the company was to eliminate all the unhealthy substances, like sugar and caffeine, which are significant drawbacks to fitness.

In 2019, Bang Energy started its business in Arizona along with all the facilities in Florida.

In 2020, the company Bang Energy has gone through major legal issues with the company PepsiCo.

Today the company Bang Energy has more than 30 patents and 500 trademarks.

Some of the popular energy drink of the company is Bang, Power Rush, and Redline energy drinks.

Moreover, Jack is also an author of several health and nutrition books and also appeared in various talk shows, magazines, and campaigns.

Now, let get into Jack Owoc, the businessman’s personal details and traits.

What is the exact height of the Jack Owoc? Jack Owoc stands at the height of 5 feet 9 inches.

Regarding his nationality, he is an American and his ethnicity is White. 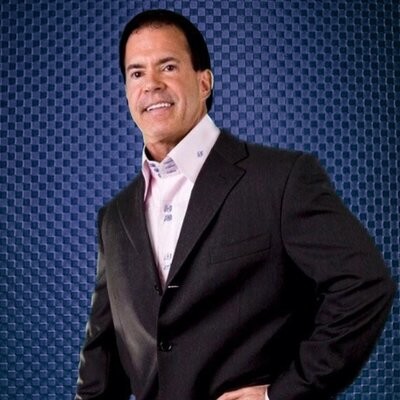 Similarly, talking about his zodiac sign is Gemini. Furthermore, the religion he follows is Christianity.

Currently, he is residing in Florida, United States.

Through some of the media, we got to know that, his favorite destination is Japan. And talking about his hobbies, he loves reading books and photography.

Now, let’s get into the business executive Jack’s relationship status and know if he is single, dating, or married to anyone.

Who is the wife of Jack Owoc? As of 2022, the business executive is married to Meg Liz Owoc.

Meg Liz is an American marketing professional and leader.

As of now, the couple is living a happy life with their kids.

Currently, the couples are living in Florida, United States of America.

There is no information on how the couple met each other and fell in love.

We will update you all as soon as we get the relevant information about Jack Owoc’s love life.

Now, let’s know more about Jack’s family background, parents, and siblings if he has any.

Who are the parents of Jack Owoc? Jack, the well-known American Business executive was born on June 15, 1961, in the United States to an American family.

He was born and raised in an affluent businessman’s family.

As for her parent’s name and their professional lives, it is kept private.

Similarly, we have got no idea about him having any siblings.

The American Business executive, Jack has not talked much about his family background.

We will make sure to update you all as soon as we get the unknown information about his family background.

Now, let’s get into the business executive, Jack’s net worth and know-how he makes his earning.

Net Worth of Jack Owoc

How much is the net worth of Jack Owoc? Jack is a well-known American business executive and media personality.

The majority of his income comes from him being the CEO of the energy drink and supplement bang energy.

As of 2022, he has estimated his net worth to be around $10 million approximately.

Through his company, he might have earned huge resources.

Here are the lesser-known facts of Jack Owoc the business executive.

Check out the video of the well-known American Business Executive Jack Owoc down below: