Who is Jack Doherty?

Jack Doherty (born October 8, 2003) is a popular YouTuber and social media figure known for his pranks, challenge videos, daredevil stunts, and vlogs. He mostly films his videos outside in the open spaces normally parks, bridges, etc. Jack is known for pulling out massive stunts and challenges that are comparatively harder to do than what others do.

He is known for pulling stunts and filming videos on restrictive places so much as he had been contacted by police several times. When Jack was younger, he was falsely swatted by an 11-year-old which he has claimed terrifies him to this day.

He is just 17 years old but has an enormous fan following on his social media account. Jack currently has just over 3 million subscribers on YouTube and likewise has almost 460,000 followers on Instagram. Today we will be looking at Jack Doherty’s age, height, weight, net worth, career, relationship, and full bio down below. 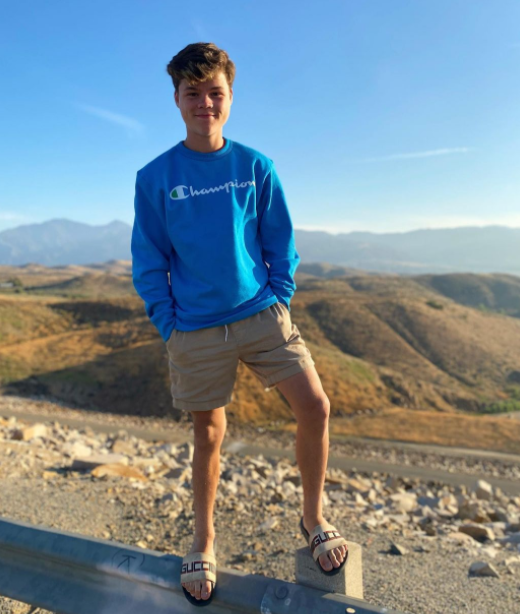 Where was Jack Doherty born? Jack Doherty was born in the USA but is not quite known the exact location of his birthplace. He was raised alongside his elder brother and sister. Regarding education, Jack is currently in school. His school name however has not been released yet.

What is Jack Doherty famous for? Jack started his YouTube career in September 2016, with his first video which was titled “Marker Flip Twice in a Row” where he flipped the marker twice and it landed without falling off. He was ecstatic and hysterical. The video earned him his first 100 subscribers which were a pave way for his successful career.

He became one of the quickest to increase his subscribers in a short period of time. Jack got his first biggest viral video in 2018 which was titled ‘I Flipped All of These’. In the video, he flipped every item perfectly which earned him 28 million views to date.

But not all of his viral videos are simple. His other viral video titled “Floor Is Lava Channel at Walmart. Kicked Out” where he jumps from table to table at Walmart. The video clearly shows the awkwardness and discomfort of Walmart workers and their anger. Finally, Jack and his crew were kicked out which got him 14 million views.

In other videos, he is stunting on clips, and in his other video, he and his crew were called cops due to their abhorrent behavior. Despite the praise and controversy, Jack has over 3 million subscribers on his YouTube channel and has become one of the quickest growing channels.

Jack is also equally popular on other social media platforms such as Instagram with almost 460,000 followers where he shares pictures of himself, his family, and his friends. He also posts short clips of his challenges as well as his vlogs. 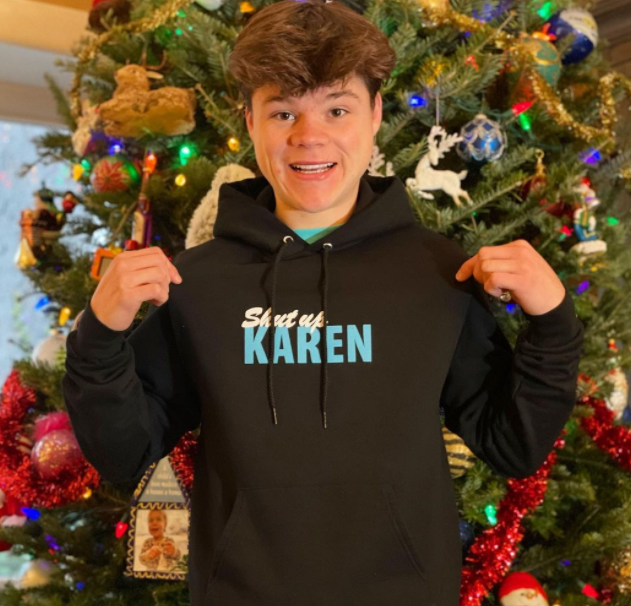 What is the height of Jack Doherty? Jack Doherty stands at a height of 5 ft 1 inch and weighs about 45 kg. His zodiac sign is Libra. He has blonde color hair and his eyes color is Dark Brown.

Jack is American regarding nationality and belongs to mixed ethnicity. He currently lives in Sea Cliffs New York. Jack loves making videos and vlogs but some of them become dangerous and even illegal. His idols are Jake and Logan Paul.

Who is Jack Doherty dating now?  Jack has not confirmed anything but he is frequently featured with another YouTuber, Samantha Frank. Their fans believe they are cute together but none of them have confirmed anything regarding it.

Apart from Samantha there has not been anything revealed about Jack’s relationship nor has he revealed anything about it. As of now, Jack is not engaged, married, and does not have a child. 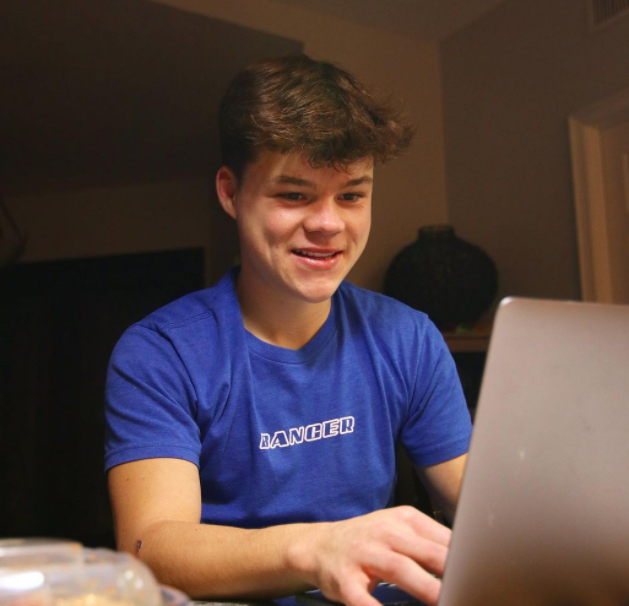 Jack Doherty was raised by his father whose name is Mark Doherty and is from New York. Mark is Jack’s biggest supporter and he does not criticize Jack on any of his mistakes and Stupidity however Jack’s mother Anna Doherty who is Polish is his biggest critics.

She does not allow any stupidity and scolds Jack whenever he does something abhorrent and illegal. Jack’s elder brother Micheal supports him but is no fan of Jack’s dangerous and stupid video. Jack only film his brother in his video with his permission.

Jack has a sister Joanna who does not appear in his videos regularly. He also has 2 dogs as pets named Cash and Major. 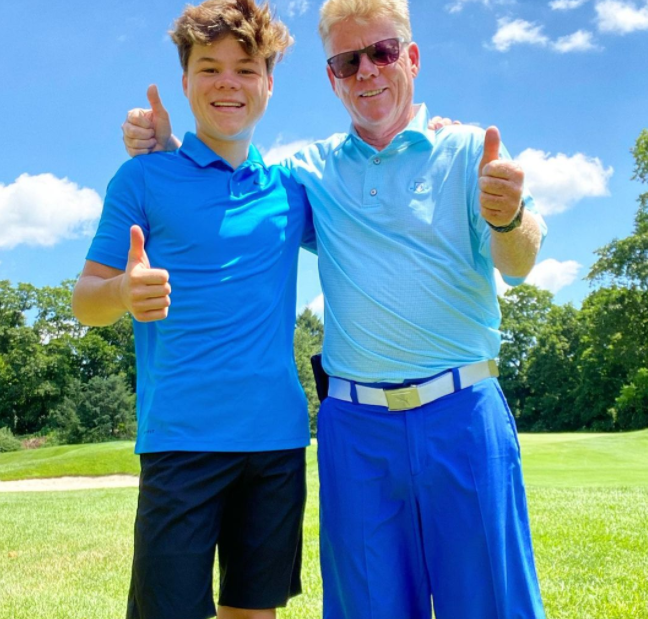 What are the controversies Jack Doherty is involved in? Just like his idols, Jake and Logan Paul, Jack is constantly involved in controversies. He was swatted up by an 11-year-old neighbor. Police constantly warn Jack due to his illegal behavior in videos.

His fans criticize him and his fans multiple times for having fun in the name of someone’s discomfort. Although the primary reason for the increase in his subscribers is his daring and stupid videos, many of his fans believe he needs to take things a little too seriously and not risk his or his crew’s life in danger.

What is the net worth of Jack Doherty? Jack Doherty is a young and upcoming YouTube who is popular for his pranks, stunts, and challenge videos. He follows Jake and Logan Paul as his idol and wants to be famous like them.

Due to his popularity, he has already generated almost 5 million followers on all of his social media platforms. His primary source of income tends to be from YouTube ads and brand deals. Jack’s net worth as of 2022 is approximately $2 million.

He is one of the YouTubers to increase his subscribers quickest hence there will be no surprise if the number doubles in a short period of time. 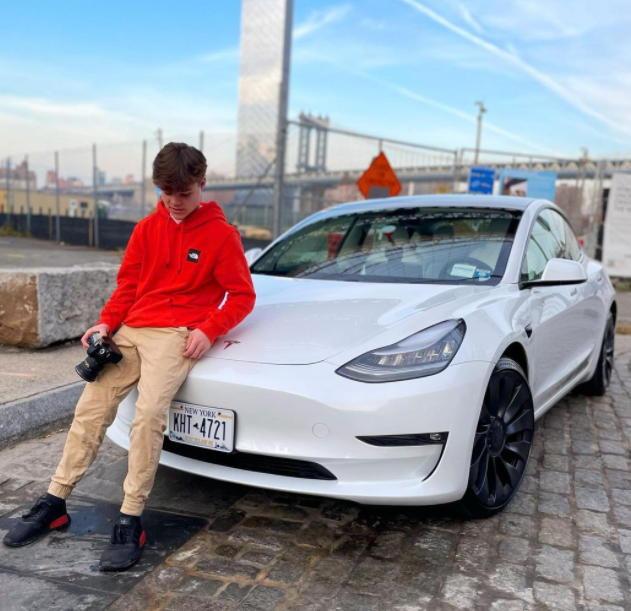