Who is Jack Avery?

With the increasing power of social media, the world has witnessed a slew of new young talents emerge and gain popularity.

Jack Avery is one of the young musicians who began his career by posting songs on social media platforms and quickly gained popularity, eventually forming the ‘Why Don’t We’ band with some friends.

His’s band had released only one EP, and they’ve already been compared to “One Direction,” a hugely successful band.

He got his start at the age of 16 on a social media tour called IMPACT, which helped him gain a lot of attention.

He also has a Youtube channel with over 58 thousand subscribers. Jack’s success story has been featured in numerous media outlets, including Tiger Beat and the Huffington Post.

He plays guitar and piano in addition to providing vocals for his songs, and at his boy band’s concerts, the loudest cheers from the audience are directed at Jack.

Jack plans to pursue acting in the future and has already appeared in the short film “Fearless Five.” 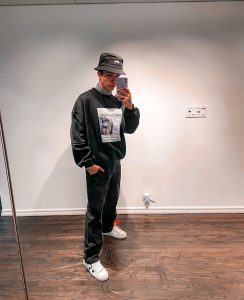 Where was Jack Avery born?

Jack Avery was born in Burbank, California, on 1 July 1999. His family moved to a small town in Pennsylvania when Jack was 1 year old and he did his early schooling there.

As a kid, he wasn’t as serious about his musical career as he was, and he was most likely to play basketball in his school and backyard.

Somehow, as he grew up as a teenager, his interest in music began to grow, and he started using social media as an effective tool to showcase his talent. 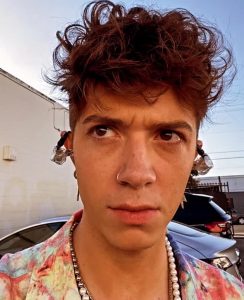 What is Jack Avery famous for?

At an early age, Jack’s talent was recognized by a number of esteemed talent management companies, and he had a chance to become part of IMPACT in 2006.

The tour served young and talented musicians like Jack and helped them gain exposure in the eyes of the public, which would later help them to make a career in music.

He walked the red carpet at the Teen Choice Awards in 2015 and 2016 because of his social media fans, mostly teenagers and young music enthusiasts.

Besides that, Jack also continued touring around the United States in malls and cafes.

He got in touch with some fellow musicians who struggled and put their songs on different social media platforms, including Daniel Seavey, Zach Herron, Jonah Marais, and Corbyn Besson.

Jack and all these youngsters had a decent following fan, and when they decided to come together in 2016, they started collaborating and came up with an album called ‘Only the Beginning.’ 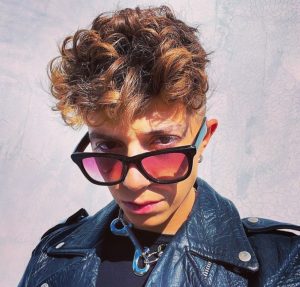 The critics praised their style, which mixed R&B with the Soul genre, which was different from most of the youngsters at the time.

They gained significant popularity with the release of their debut album, and as their social media grows, the band is working on their second debut album.

On Pandora, they are named among the top 20 new artists to look out for and the constant tours and concerts are helping them catch the eye of a big music label to represent them.

Besides being a musician, Jack considers himself a good actor and has already appeared with Alex Lee in a short film called ‘Fearless Five.’

Jack is also an active Youtuber and has a subscriber base of over 58K.

How tall is Jack Avery?

He has many tattoos and has blue eyes. Jack’s neck on the left has the Roman numerals, “VI. II. LXXIV” tattooed on it.

Meaning: The numerals are the date, “6-2-74,” which is the date of birth of the mother of the singer, Kristin Stanford.

Who are Jack Avery’s parents?

Jack Avery’s father John Avery was an inseparable part of the singer’s life in his young years. It was his dad who introduced Jack to music and taught him how to play the piano.

His mother Kristin serves as the manager of the young singer. She knows exactly what’s right for her son. He emphasized that his mother’s encouragement and support helped him a lot in his career.

Jack was bought up with three of his sisters. Sydnie the older sister is an Instagram celebrity with more than 100k followers. She’s also a blogger and fashion designer.

Her line of clothes, called “Sweet Girl,” enjoys a high level of sales. 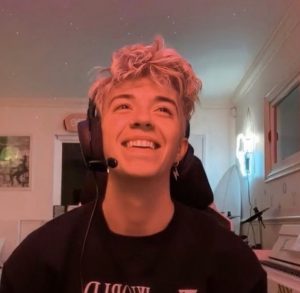 Ava is Kristin Stanford’s third child and Jack’s little sister. She has a large fan base in various social networks, largely due to her status as Why Don’t We Member’s Sister.

Isla is the younger sister of Jack. She became famous at a very young age because of her talented brother. The girl is a social media star with a big fan base.

The number of her Instagram followers has already passed the 200k mark. The girl is a talented guitarist, too. She’s putting her music on the musical.ly app.

Isla is known by the tag of “ImIslaRose.”

Who is Jack Avery dating?

Currently, Jack is dating Gabbie Gonzalez who is an Instagram star and an aspiring surfer. They started dating in 2018, and although their relationship wasn’t smooth, they managed to keep their love alive.

At the tender age of 19, Jack became his father for the first time. In April 2019, he welcomed the adorable baby daughter of Gabbie Gonzalez, his on and off girlfriend.

The singer published his little girl’s story on Instagram in May that every year the news sounded so shocking to his fans that they didn’t believe the girl was adopted at first.

But then Jack congratulated his beloved Gabbie on Mother’s Day via Instagram and proclaimed that he was a father from now on. 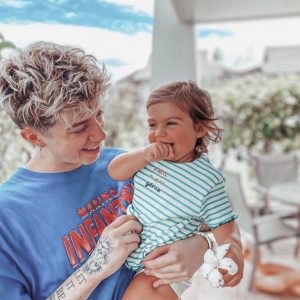 How much does Jack Avery earn?

Jack Avery is believed to have a net worth of USD 600,000. He started his musical career when he was twelve years old, and is now one of the world’s leading public figures.

He’s also a popular social media star, where his followers are fast-growing. He was also starring in a short film named Fearless Five.