Who is Ghazi Shami?

Ghazi Shami is a well-known personality in the huge American music industry.

Ghazi is the CEO of the and also an exceptional supporter of the Empire Distribution.

He is popularly known for creating the famed record label Empire Distribution, record, and publishing inc.

Furthermore, he founded a popular distribution company in the year 2010.

The company has released many famous albums in the genres of hip-hop, gospel, R&B, rock, Latin, reggae, pop, and many more. 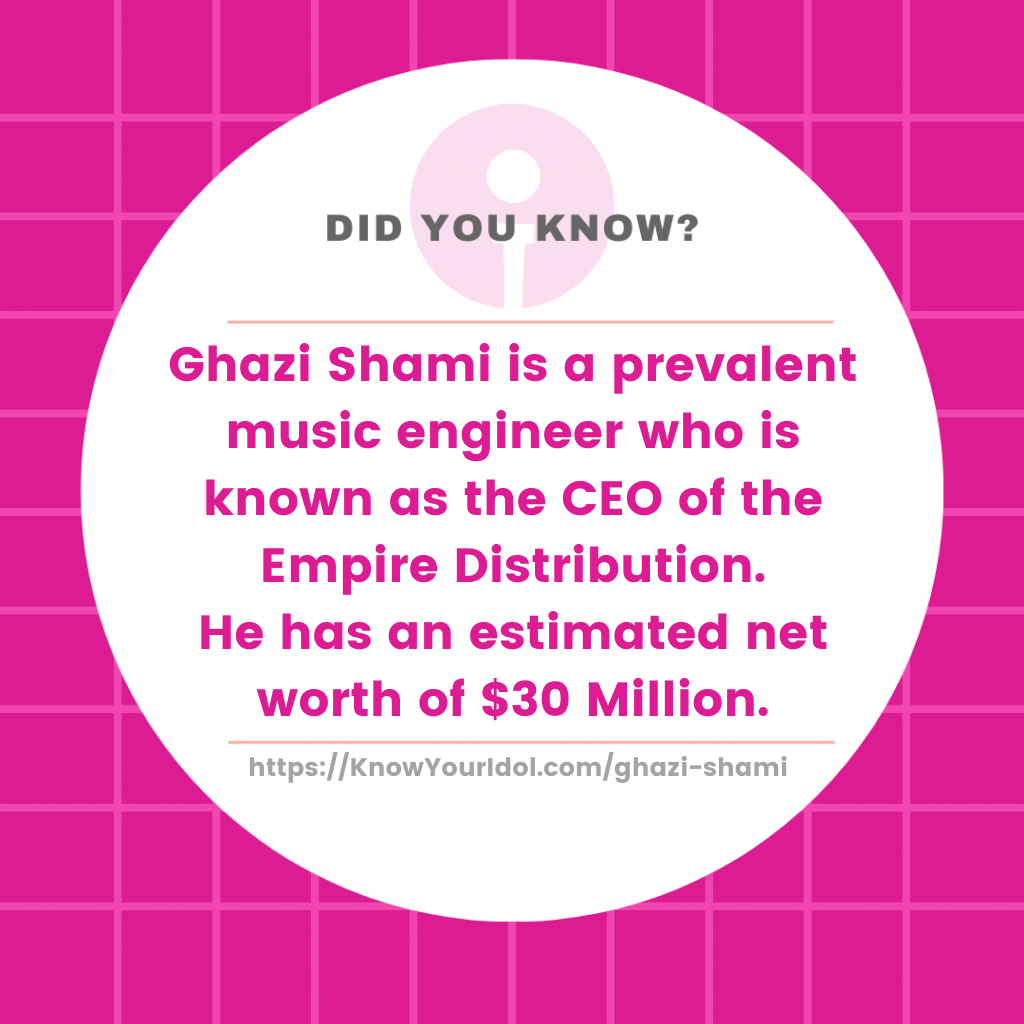 Today, we will be discussing Ghazin Shami the well-known personality of the American music industry age, height, weight, family, relationship, career, and achievements he has made this far.

Here is a quick biography of Ghazi Shami. 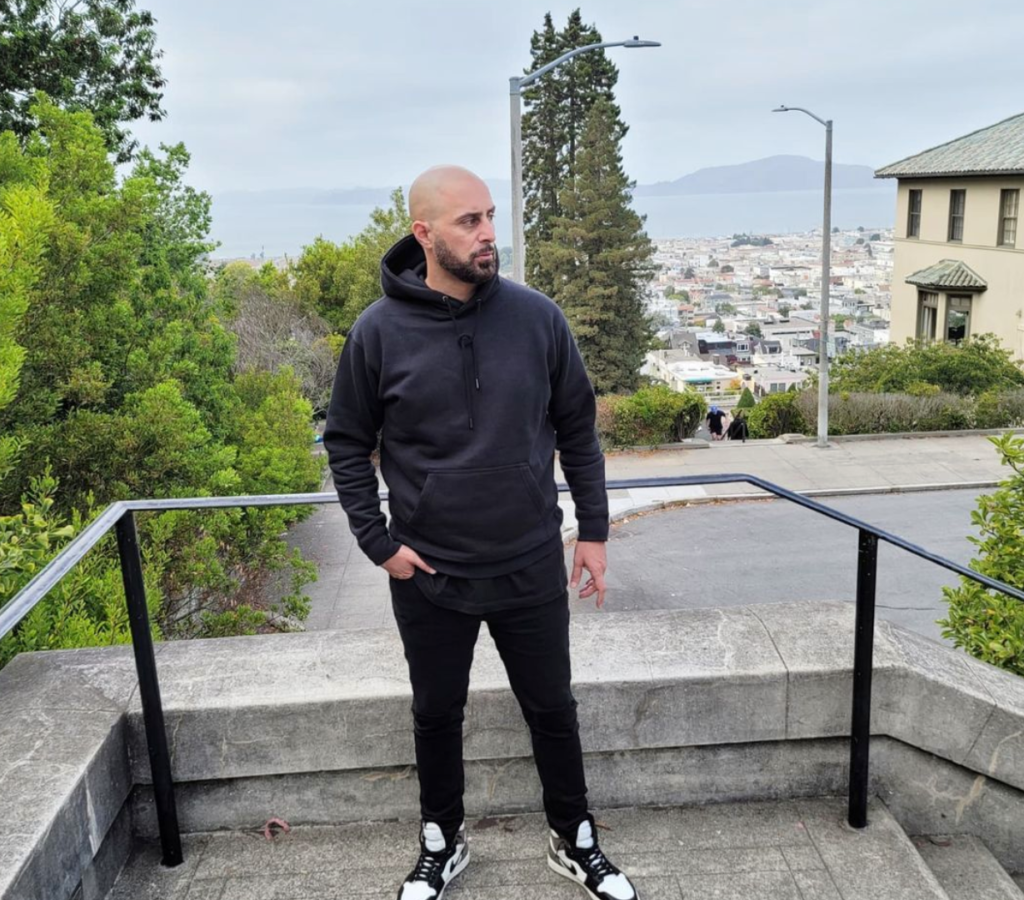 When was Ghazi Shami born? Ghazi Shami, the record producer has not exposed his date of birth as of now.

As for his birthplace, he was born in San Francisco, California, United States of America.

Talking about his educational background,  he graduated from San Francisco State University, the College of San Mateo.

He graduated from college taking radio and television programs.

Furthermore, about the high school he studied, we have got no idea about it.

His childhood information is still disclosed to the media.

As per some of the media, he was interested in music from an early age.

We will update you all as soon as we get the relevant information about Ghazi’s childhood life.

Now, we will be knowing more about his career and the achievements he has made this far.

What is Ghazi Shami famous for? Ghazi Shami, popularly known for being the CEO of Empire Distribution.

In 1995, after he completed his study in radio and television, he started working as an audio engineer in third eye studios.

Ghazi worked there for four years. After that, as a system integration engineer, he joined Tangent International.

Furthermore, he worked there for a few months, Ghazi joined Eloquently as a quality assurance engineer.

In the year 2000, as a creative media manager, he started working for Audiohighway.com.

Apart from all this, Ghazi also has worked as a clock tower engineer in Sun Microsystems.

And in the year 2006, he worked as a director of INgrooves company.

The company is located in San Francisco, California, United States of America.

As of 2022, he is the CEO of the Empire Distribution company.

Empire the company has produced music for several popular celebrities. They are XXXtentacion, Nef The Pharaoh, Benny The Butcher, Hayley Kiyoko.

Now, let’s get into the personal information and traits about Ghazi. 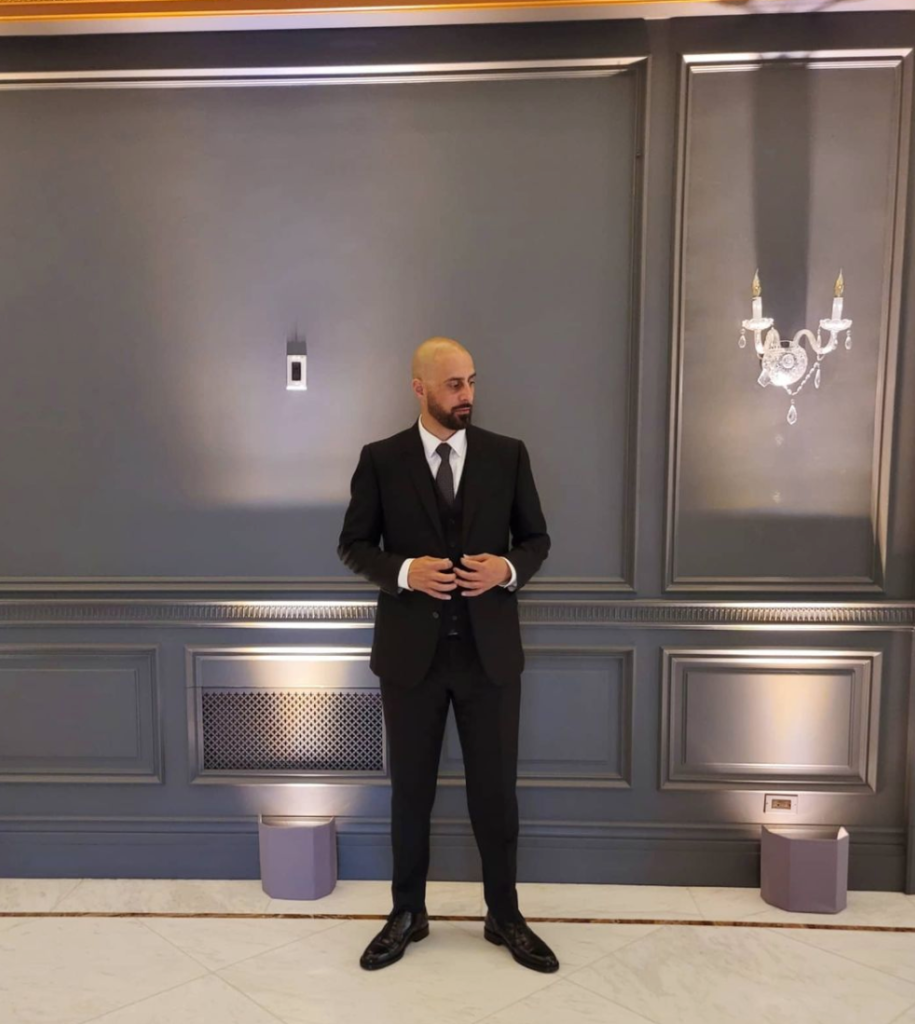 What is the exact height of Ghazi Shami? Ghazi has not openly talked about his height and we have got no idea about it.

As for his weight, it is now disclosed to the media.

Similarly, his date of birth is still unknown and his age is disclosed.

Regarding his nationality, he is an American, and his ethnicity is mixed.

Talking about his hair color and eyes color, he has dark brown colored eyes and he is bald.

As for his zodiac sign, we got no idea about it.

Furthermore, the religion he follows, we are unknown about it.

We will make sure to update you all as soon as we get the relevant information about unknown personal information.

Now, let’s know about his family background and his parents and siblings if he has any.

Who are the parents of Ghazi Shami? Ghazi Shami was born in San Francisco, California, United States of America, to American parents.

Since he is quite secretive about his personal life.

He has not opened up much information to the media.

There is no information about his family and his having siblings to the media.

We will update you all as soon as we get the unknown information about his family.

Now, we will be knowing more about Ghazi, the music engineer’s relationship status, if he is dating or married to anyone.

Who is Ghazi Shami dating? As of 2022, there is no information about Shami dating anyone.

Ghazi is secretive about his personal life and wants to keep it away from the limelight.

Hence, we have got no information about his love life.

There are also no rumors about his past relationship.

Ghazi has kept his love life away from the media.

However, we will update you all as soon as we get the information about his love life.

Now, let’s get into his net worth and how he makes his earning.

How much is the net worth of Ghazi Shami? Ghazi Shami is a prevalent music engineer.

The majority of his income comes from being the CEO of the Empire Distribution.

Here is the lesser-known fact of Ghazi Shami.

Check out the video of the Ghazi, the CEO of the music company down below: