Who is Faze Banks?

Faze Banks (born October 18, 1991) is a popular YouTuber and social media personality as well as a founder of E-sports organization Faze Clan. Although his current YouTube channel is inactive, he recruits new faces and members for Faze Clan.

His real name is Ricky Banks or Richard Bengston.  Faze currently lives in Faze house located in Los Angeles, California among other Faze Clan members. He has last uploaded to his channel a year ago despite having almost 5.5 million subscribers. Faze is equally popular on other social media platforms like Instagram with over 2.5 million followers.

Along with fame, he was also involved in a controversy with Jake Paul and his group. Today we will be looking at Faze Banks’ age, height, weight, career, relationship, net worth, and full bio down below. 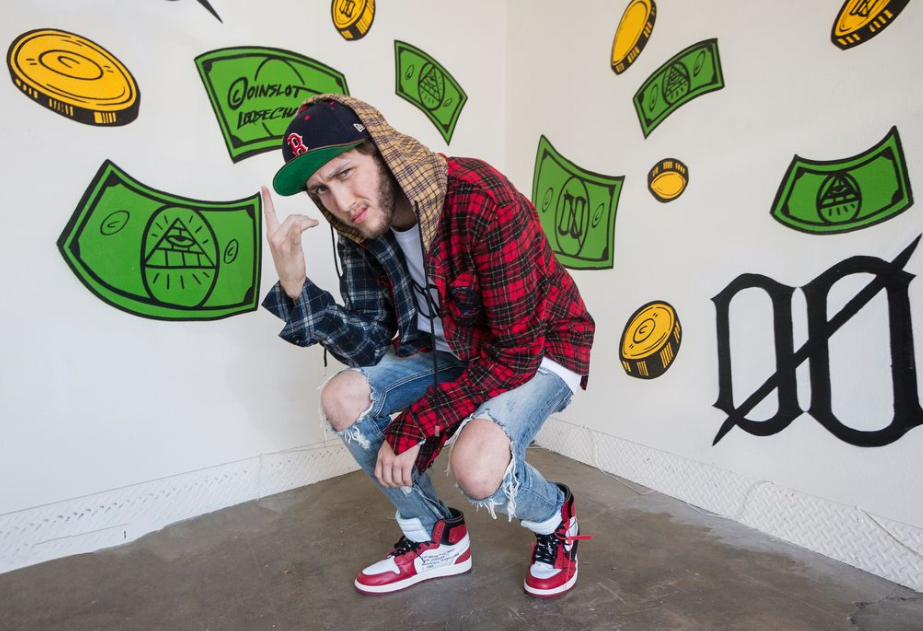 Where was Faze Banks born? Faze Banks was born in Lawrence, MA. He moved to Lawrence when he was just seven years old. Regarding education, Faze went to Lowell High School and graduated in 2010. While he was in high school, he developed an intense passion for video games.

Other than that, Banks has kept his childhood and early life really private and have not talked about it much. 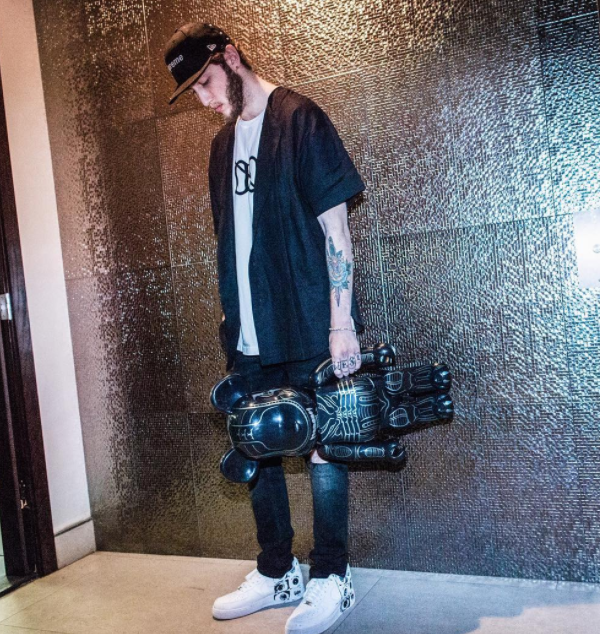 What is Faze Banks famous for? Faze Banks journey of YouTube in 2011 with the channel name BankshasBank. He started doing Call of Duty videos and started to gain a lot of audiences for his channel. Faze videos were mostly small clips of Call of Duty Trickshots. The first video of his channel was titled ” The Single Greatest Soaring in Style”.

After some time in the YouTube community, Faze started doing pranks, challenges, and reaction videos on his channel. He kept posting videos and gained more audiences. He joined a Clan called SoaR and later changed his channel name to SoaR Banks. In March 2013, Faze Blanks was formed as he joined Faze Clan and also changed his name of the channel to Faze Blanks.

When did Faze Banks join Faze Clan? Faze Blanks had almost 50,000 subscribers during that time but got almost 100,000 within a couple of days after joining the clan. He became CEO of Faze Clan in 2013 and started to recruit new talents and members in the group.

He continued to make gaming videos till 2017 and after that changed to prank videos, challenges, and vlogs in his channel. Banks hit 1 million subscribers in September 2017. In 2019, Faze Clan completely stopped making videos for his YouTube channel and claimed to have taken a break from content creation. He stated he was more focused on building Faze Clan.

Currently, Faze Clan has almost 5.5 million subscribers on YouTube. Despite not uploading for more than a year his channel has generated more than 400 million views already.

He is also equally popular on Instagram with more than 2.5 million subscribers. Instagram is the place where Banks likes to interact more and shares pictures of him along with short clips and vlogs.

Now let us take a look at some of his personal information. 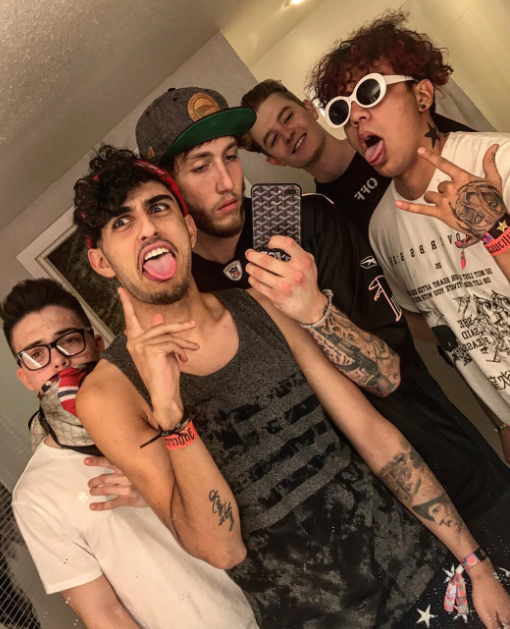 What is the height of Faze Banks? Faze Banks stands at a height of 5 ft 7 inch tall and weighs about 57 kg. He has dark brown color hair and his eyes color are brown whereas his zodiac sign is Libra. Faze Banks is an American and belongs to the white ethnicity. He also follows Christianity as his religion.

Who is Faze Banks dating now? After dating for two years in 2015, Faze Clan and his girlfriend Alissa Violet broke up in July 2017. 5 months later Alissa clarified the reason for the break up was due to Banks cheating on her with another girl. The pair even had arguments on Twitter and that created a lot of drama.

In March 2020, during quarantine Alissa shared an Instagram story that many fans were quick to point out was in Banks’s house. Many fans believe the exes have hooked again but this is not confirmed by the couple themselves.

There is no information regarding Bank’s other girlfriends and since the couple has not publicly revealed about hooking up, we believe Faze Banks to still be single. He also has not revealed anything about being engaged, married, or having a child. 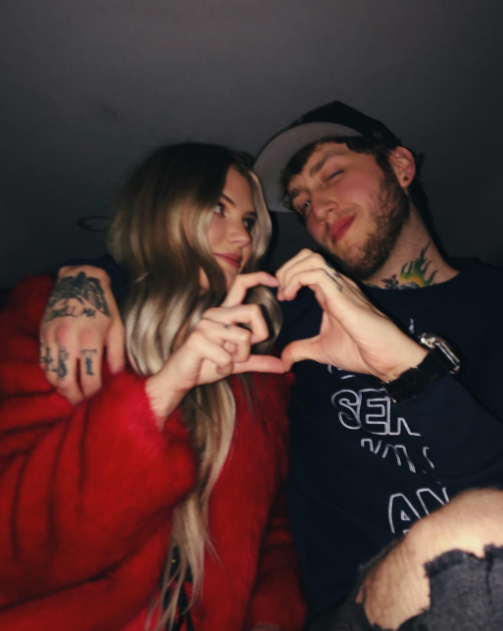 Faze Banks has not revealed anything about his parents and siblings in any of his interviews. He wants to keep his family life private. If we find anything relevant about them, we will surely update this page.

Is Faze Banks Still in Faze? Yes, Faze Banks is still in Faze, however, he is only focused on recruiting new members and talents. Banks does not appear mostly on screen but do his odd interviews. He has said he is done with YouTube and may not return.

Did Faze Banks leave YouTube? After a successful couple of years of generating subscribers since 2017, Faze Banks completely stopped uploading videos on his YouTube channel. He later explained and it is he was focused on building the Faze Clan channel.

Many of his fans were hoping for him eventually returning but as of now it has not happened and it may never happen again. At Mike Majaks’s The Night Shift Series, banks stated he was going through some stuff and has no plans of returning whatsoever.

This news may come as a shock and disappointment for massive Faze Blanks fans.

What is the net worth of Faze Banks? Faze Banks is a popular YouTuber, social media figure, and founder of E-sports team Faze Clan. He is recognized and respected incredibly in the YouTube industry. Despite being out of YouTube for almost a year, he is still generating a lot of fortune from his channel with over 5 million subscribers.

As of 2020. Faze Banks’ net worth is estimated to be approximately $3 million. 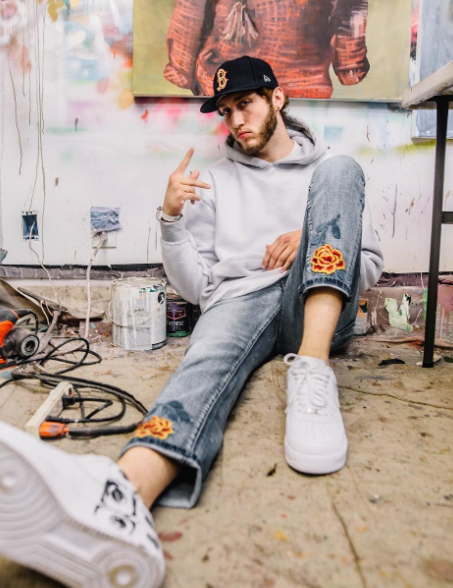