Who is Estelle Morgan?

Estelle Morgan was born on November 14, 1978, and hails from Cardiff, Wales, United Kingdom. She is a Welsh theatre and film actress known for Amazing Grace (2006). As of 2022, Estelle Morgan is 42 years of age. Estelle is more focused on her career in theatre acting than that of film acting.

Where was Estelle Morgan Born? Estelle was born in Cardiff, Wales, the United Kingdom on November 14, 1978. As of now, she is 42 years old.

Talking about her education, she graduated with the prestigious James Bridie Gold Medal from The Roya Scottish Academy of Music and Drama.

What is Estelle Morgan famous for? The welsh theatre actress is famous for her work in “Amazing Grace” which was released in 2006.

In 2000, she started her professional career and debuted with the Citizens Theatre Company, Glasgow. She mainly focused on her career as a Theatre actress rather than a film actress and has many records of her acting in theatre. Estelle has performed in several of the Citizens Theatre Company, Glasgow. She received positive reviews in roles like Linda in the musical Pal Joey, Judith in The Dance of Death, Adeliza in The Mysterious Mother, and Edmee in Cheri. Later on, she established herself as a British theatre performer. Morgan played Mademoiselle in The Provoked Wife at The Southwark Playhouse, Debbie in The Real Thing at The Bristol Old Vic, and Anna in Change of Heart at The New End Theatre.

Other than her theatre acting career, she has only made her appearance in one movie called The Amazing Grace where she played the role of a maid.

Who are Estelle Morgan’s parents? The Welsh Actress has not revealed any information about her parents and family members. However, there are not many insights into her personal life. 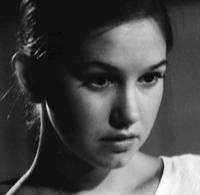 How tall is Estelle Morgan? Estelle Morgan stands at an average height of 5 feet and 2 inches (1.57 meters) and her weight is not known. She was born on November 14 which means her zodiac sign is Scorpio. Estelle’s has beautiful natural blue eyes and her hair color is red.

Is Estelle Morgan Married? The 42-year-old theatre actress has not published any information regarding her dating life but she might currently be in a relationship.
Estelle had one daughter named Nora with her ex-husband Tom Ellis who is a Welsh actor famous for the Netflix series “Lucifer”. Tom is widely known for his character Lucifer Morningstar and has a massive fan following of more than 8.5 million on his Instagram @officialtomellis.

How much is Estelle Morgan worth? Estelle has an estimated income of $300 thousand US Dollars. The primary source of her income is through her career as Theatre and Film actress.

Other than her acting career, she might also earn from advertisements.

1.In 2000, she made her professional debut with The Citizens Theatre Company, Glasgow.

2.Besides her career as a theatre actress, she only worked in one movie called ” The Amazing Grace” where she played the role of a maid.
3.Estelle was married to Tom Ellis and had one daughter named Nora.
4.She doesn’t have any verified accounts on social media platforms.
5.She graduated from The Roya Scottish Academy of Music and Drama with the prestigious James Bridie Gold Medal.
6.Morgan’s Birth sign is Scorpio.
7.Estelle’s income is approximately $300,000 US Dollars.