Who is Emilia Fart?

Emilia Fart was born on December 15, 1989, in Canada. She is currently 31 years of age and her sun sign is Sagittarius. Emilia is a popular Canadian Youtuber known for her comedic and absurd videos. Even though she has an uncanny and weird appearance, she has managed to get some attention through her funny personality. Emilia has almost 785,000 subscribers on youtube. Not only on youtube but also on Instagram she has a massive fan following (235,000).

To know more about Emilia Fart, her relationship, Net worth, career, childhood life, and many more facts about her, keep on reading our post.

Where was Emilia Fart Born? Emilia was born in  Canada on December 15, 1989. As of now, she is 31 years old. She has two sisters and her mother has appeared in some of her videos like “I’m sorry mom…but you made me this way”. The name of her parents as well as her sisters has not yet been revealed. Fart gets bullied for her looks but she, being a funny and positive person, doesn’t let hatred get to her. 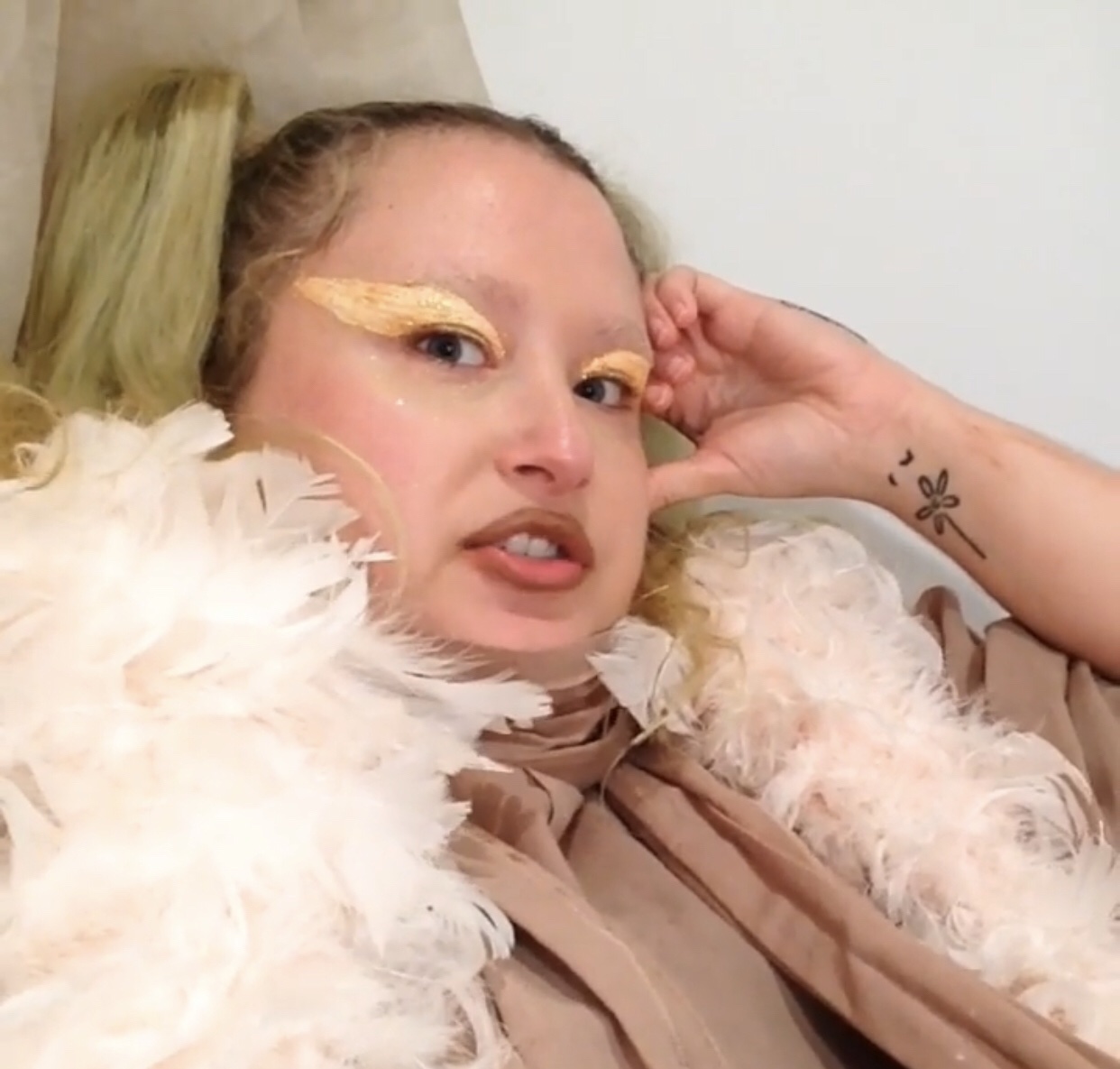 What is Emilia Fart famous for? Emilia is famous for her different personalities and comedic YouTube videos. Fart has attracted almost 285k subscribers on Youtube and has over 45 million views in total. Her debut video, “Getting drunk to Kenny vs Spenny” was uploaded in October 2018. The video was followed by 5 a second video called “Bad Dreams”. The Canadian Youtuber posted a video titled “Dying my hair blue with RuPaul’s Drag Race” on July 10, 2016. The video was much appreciated by her viewers and was looking forward to more videos of this kind. The coming year, she posted a video featuring her mom titled “Sorry mom… but you made me this way”.

Emilia’s one of the most popular videos is titled “Showing what I looked like when I was normal”. The video has more than 5 million views and was uploaded on May 2, 2018. Her other videos like “Turning myself normal for the first time in 11 years”, “finally asking my family what they really think about me”, ” why I dress like obese, deranged judge Judy”, “meeting Trisha Paytas”,”I want to be normal now” and so on has over 1 million views.

Besides these videos, she is also famous for referencing Trisha Paytas on her Youtube channel. Fart’s first vlog features her showing some of her old photos to her fans. The second vlog was posted in November 2018 which was a comedy video that gained over a million views. On her third vlog, she reveals some of her secrets as well as her family’s.

Who are Emilia Fart’s parents? Emilia hasn’t yet disclosed anything about her parents but she has uploaded one video featuring her mother called “Sorry mom… but you made me this way” on her Youtube channel. Still, the name of her mother and father is unknown. She has two sisters. However, there is no information regarding their names and age. Similarly, Fart has not yet revealed any insights on her educational details.

How tall is Emilia Fart? Emilia has a height of 5 feet and 7 inches (1.70meters ) and weight’s around 93 kgs ( 207 lbs). Her zodiac sign is Saggitarius. She has a chubby face and doesn’t show her neck to her fans. Emilia always covers her neck with a scarf. She says that her cats are the only living being seeing her without a scarf. It might be because she is trying to hide her double chin.

Is Emilia Fart in a relationship? Talking about Emilia’s love life, she has previously dated some girls as well as boys but might be single currently. She is openly gay and proud of it. Fart has posted a live date video on her Youtube channel with a girl named Nicky.

How much is the net worth of Emilia Fart? Emilia has an estimated income of  $400,000 – $500,000. The primary source of her income is through her Youtube account. She also earns through Instagram posts as she has a huge amount of followers. Other than that, she owns a merchandise company where she sells her custom-made T-shirts, Hoodies, and other hair accessories.

1. She is also famous for referencing Trisha Paytas on her Youtube channel.

3. Her most viewed video on her Youtube channel is “Showing what I looked like when I was normal” (5 million views)

4. She always covers her neck with a scarf or other accessories.

5. Her cats are the only living being seeing her without a scarf.