Who is Devon Hales?

Devon Hales is an American actress famous for her Netflix Series Teenage Bounty Hunters (2020), Storage (2011), and The Resident (2018). Born on December 5, Hales was born and raised in Atlanta, Georgia, United States.

Hales is one of the emerging talents and new faces in the industry. The character “April Stevens” that she played in the Netflix Series was loved by the audience. Moreover, she appeared in 9 out of 10 episodes in the comedy /high school drama.

In this article, we’ll tell you about her early life, Career, educational details, net worth, family, relationship, and many more facts.

Where was Devon Hales born?  The gorgeous actress was born in Atlanta, Georgia, and United States to American natives.

Talking about her educational details Devon went to Kennesaw State University and Berry College for her Graduation. The major subject she graduated from is not known however she appeared in more than 10 theatre projects while she was in the university.  Some of them include, Into the Woods, Arms and the man, the witch, Charlotte, Rosie, etc.

It seems like the gorgeous actress likes to maintain a low profile and doesn’t like to talk much about her private life. However, we will keep the information updated as soon as anything is revealed by the Netflix star. 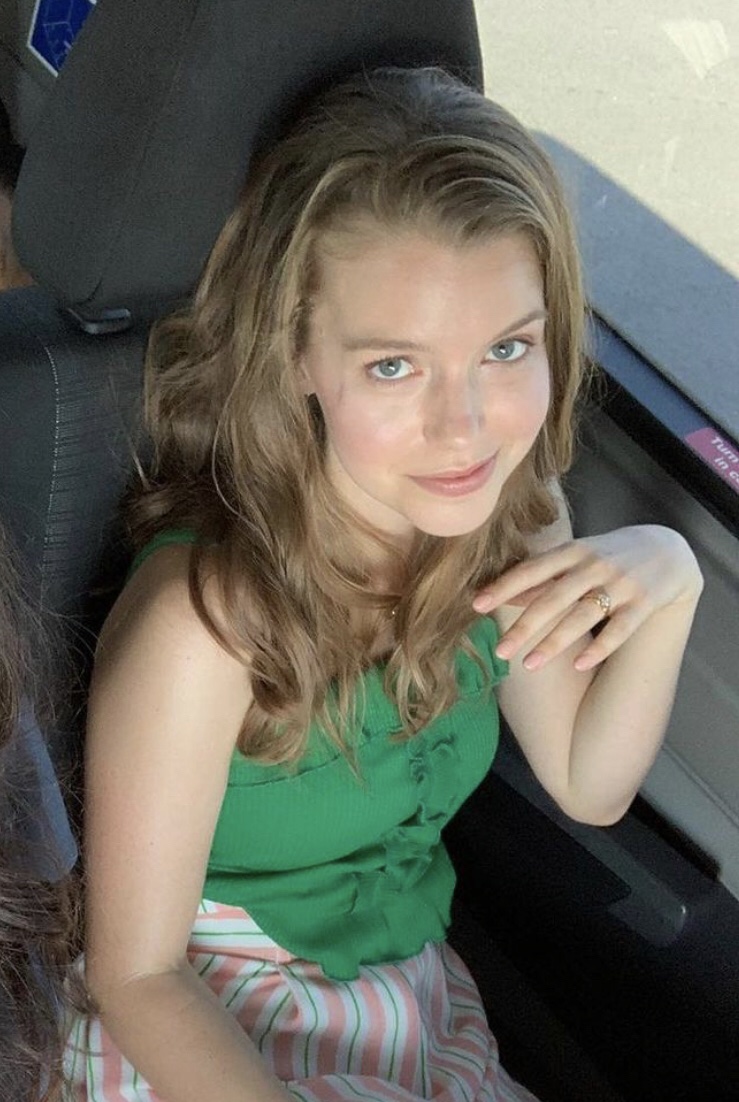 Why is Devon Hales famous?  Devon is popularly known as April Stevens from the Netflix 2020 drama   Teenage Bounty Hunters where she portrayed the role of his high school teenager.

It is an American teen comedy-drama that was released on August 14, 2020, on Netflix. The show consists of 10 episodes out of which April Stevens appears in nine episodes. However, in October 2020 the series was canceled after one season. The Netflix high school drama was created by Kathleen Jordan and produced by Alex Orr, Arturo Guzman, and Aimee Roth. The 2020 TV series has a very good review on the net and was liked by the audience very much.

Which is the first movie of Devon Hales?  The actress first appeared in the movie The Storage in 2011. In addition to that, Devon has also appeared in some other Hollywood movies such as Stan against Evil in 2016, Your Worst Nightmare in 2017, The Resident in 2018, and many more.

On one hand, the actress played small roles in those movies and tv series but the Netflix series gave her a breakthrough and was known by the viewers.

But on the other, she is a renowned theater artist and has also done a lot of professional theater like a Midsummer Night’s Dream, Appropriate, Shakespeare in love, Peter Pan, Trixie, Clara, The Frog Prince, Caroline, and others

We are sure in the upcoming days, the talented actress would make appearances in many more movies and wouldn’t let her fans down. Moreover, she is just in her early to mid-20s, and with the potential aba talent that she has, the best is yet to come.

Who are the parents of Devon Hales? Devon was born to American parents. As said already, the actress doesn’t want to reveal the family details publicly, the names of her parents are not known.

Is Devon Hales single? As of now the actress seems to be single and hasn’t been rumored to be in a relationship with anybody. It looks like the Netflix actress is concentrating on her professional career rather than her personal life right now.

How tall is Devon Hales? Devon is a beautiful actress with a height of around 5 feet 2inches and weighs around 50kgs. The gorgeous lady has a slim physique and a well-maintained body.

Likewise, she is blessed with beautiful blue eyes and shoulder honey brown hair.

The actress celebrates her birthday on December 5 every year and her zodiac sign is Sagittarius. Similarly, she is an American native and is of white ethnicity.

What is the Instagram of Devon Hales? After the release of the Netflix drama Teenage Bounty Hunters in 2020, Devon has been able to gain almost 50,000 followers on Instagram.  The actress likes to post about her personal and professional life on the platform.  She was not much active on social media in her past days but nowadays she seems to post pictures every now and then.

What is the Net Worth of Devon Hales? Devon is an upcoming actress who has been able to make her fan base through her Netflix series playing the role of April.

She has a total net worth of $100k USD as of December 2020. The exceptional theatre work and her work in TV series have contributed to her Net Worth.