Who is John Witfield (DCYoungFly)

John Witfield aka DCYoungFly (born 2nd May 1992) in Atlanta, Georgia which he still currently stays. DC Young Fly is a popular rapper, singer, and comedian. He used to do live comedy shows and also appeared on various comedy shows. His popularity first rose from the app Vine where he made short comedic videos.

DC Young Fly is also very popular on social media. He has over 10 million followers on Instagram and Likewise has over 5,00,000 followers on TikTok. His contribution to the MTV show Wild’N Out is immense. Many fans believe John and Nick Cannon are irreplaceable on the show.

Today we will be looking at DCYoungFly’s age, height, weight, career, relationship, net worth, and full bio down below. 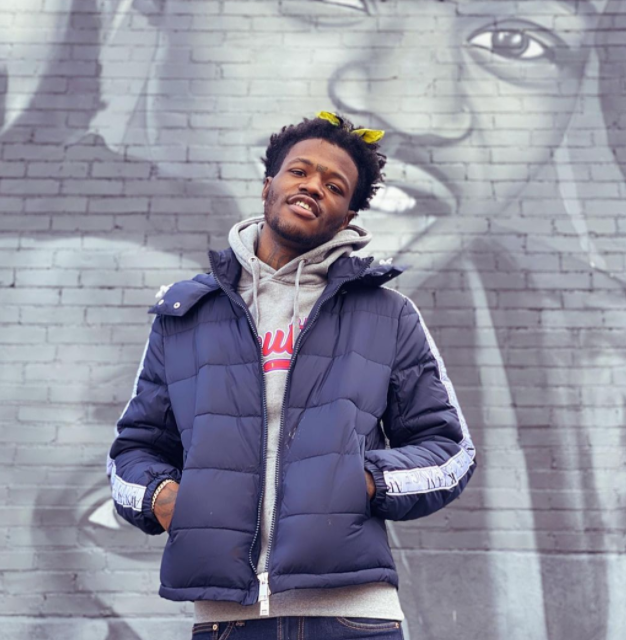 Where college did  DCYoungFly go to? DCYoungFly was born as John Whitfield in Atlanta, Georgia in the neighborhood of Adamsville. He was the youngest of seven siblings. DC was normally singing in the church choir but had an instinct of a comedian.

He was mostly regarded as a class clown. DCYoungFly Consistently made his friends and family laugh. Regarding his education, DCYoung Fly went to Georgia Southern University Armstrong Campus. While he was growing up, his father passed away due to Alzheimer’s.

When he was in high school, DC was arrested several times for assault, battery, and even robbery. He promised he would never go back to jail after getting his role in Wild ‘N Out as he had 11 charges against him. 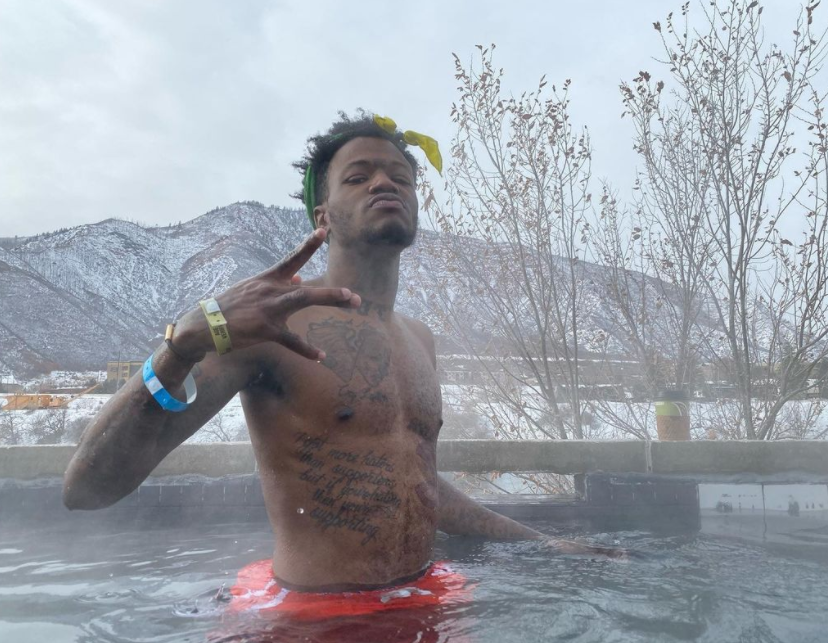 What is DC Young Fly famous for? Born in Atlanta, Georgia DC Young Fly was a class clown from an early age. But he was repeatedly arrested for multiple crimes. He was famous for Vine where he made comedic short videos. His videos started to get viral and many comedians started to view his work and started to like it.

John was viral for his roasting sessions on his Instagram which included making fun of famous people like Lebron James and Kevin Hart. He started to gain a lot of attention and audiences from the media and because of that got his first break in 2015 when he became the crew of MTV improv series Wild ‘N Out.

Ever since that he has been one of the important members of the show to date. In his first season, he was named rookie of the season. Now he is the most followed celebrity among the crew of Wild ‘N Out.

Music – John aka DC is also equally popular in the music industry. In 2014 he was a member of Westside Connection and released several tracks. But his debut mixtape came in 2018 which is titled Curb Music which consisted of 10 singles.

Some of his popular tracks from the mixtape were Faith and Hope with almost 2 million views on YouTube. Other famous music from the artist are 2 shots, From the Ghetto, Got My Back,”  “No Weed,” “How the Street Go “Take Ya Ass Home,”.

In 2019, DC released his second mixtape which was titled Trap Soul. Some of his songs were very viral on the album. His hit singles include  Stay Down, Where Were You, Gotta Go, and Right now. In April 2020 he released another single titled 24 hours with over 800,000 views on YouTube.

With success in his career, DC Young Fly is extremely popular on social media on all platforms. He has just over 900,000 subscribers on his YouTube account with the most viewed video being “People’s Court – @DcYoungFly as Judge Westside – Ft. @Navv2Rude & @Moneybag_Mafia” with more than 2 million views.

DC Young Fly also has a very large following on Instagram where he shares a lot of photos of himself, his family, and friends, He has more than 10 million followers on Instagram. 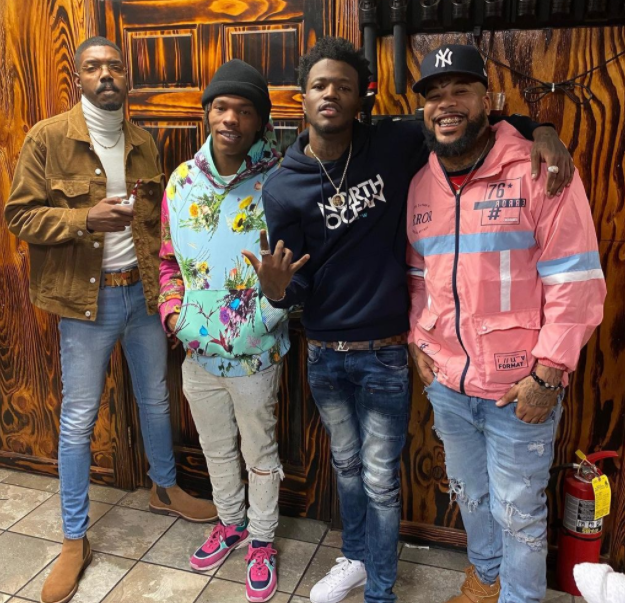 What is the height of DCYoungFly? DC Young Fly stands at a height of 5 ft 11 inches tall and weighs about 72 kg. He has black color hair and similarly black color eyes. DC’s zodiac sign is Taurus.

He is American in nationality whereas belongs to black ethnicity. DC’s hobbies are basketball, cars, traveling, and tattoos.

Does DC Young Fly have a wife? DC Young Fly is in a long-term relationship with a model Jacky Oh. The couple met on the set of MTV Wild ‘N Out in 2015. After dating for some time, they realized they were made for each other.

The couple has not yet been married. However, they have two small cute daughters. His elder daughter’s name is Nova and his younger name is Nala. His daughter Nova has her own YouTube channel titled Novalicious. Nova is a four-year-old girl whereas Nala is just a couple of months old. 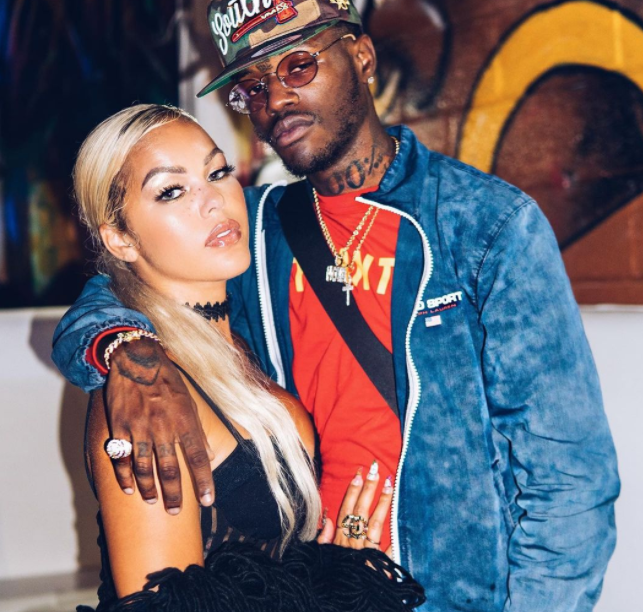 DC Young Fly was born in Atlanta, Georgia with his parents and seven elder brothers. His father’s name was Solomon and his mother’s name is not known yet. One of his elder brothers named Ritchie whose stage name was DaCrew was shot dead and for his honor, John has kept DC on his name.

The names of his other siblings are still unknown and their career path is as well. 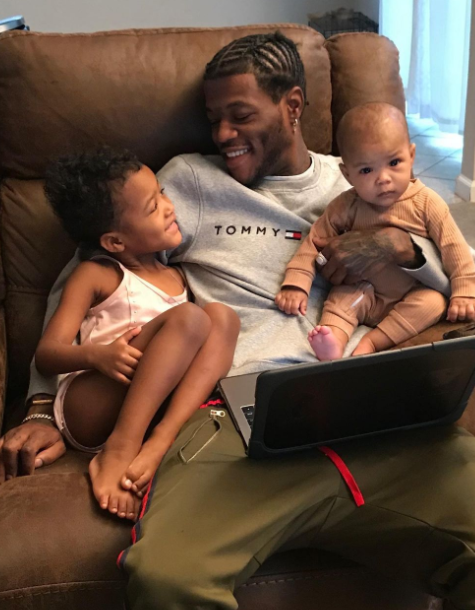 What is the net worth of DC Young Fly? John Witfield aka DC Young Fly is a popular rapper, singer, and comedian who is famous all over the world. He has started in several TV shows, movies and similarly, has also released his own music.

Due to his successful career as a comedian, rapper, and in TV shows, DC has generated quite a fortune for him and his family. He was famous in the media for buying his mom a house and a car. DC also has his own house, car, and a lovely studio.