Who is Craig Tracy?

Born on May 22, 1967, Craig Tracy is a renowned celebrity body painter and professionally known for his amazing paintings.
The 53-year-old was born in New Orleans, Louisiana, the United States, and his passion for art and painting was inspired by the rich culture of his hometown.

Moreover, Craig is one of three judges of Game Show Network’s Skin Wars and also the owner of the Craig Tracy Fine Art Bodypainting Gallery.

If you want to know more about the legendary painter’s career, early life, family, and net worth, keep reading our post. 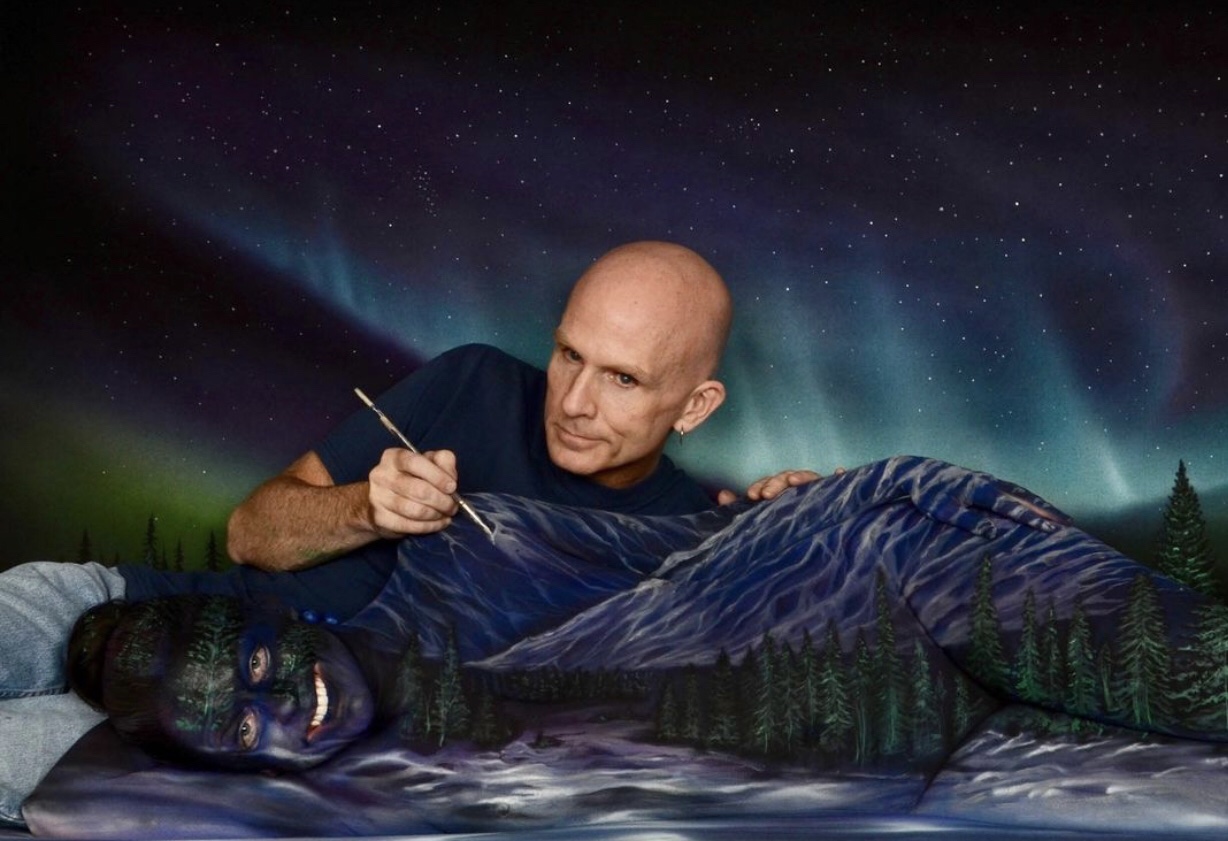 Where was Craig Tracy born? Craig was born in New Orleans, Louisiana, United States.
Talking about his educational background, he went to high school in his hometown before attending The Art Institute of Fort Lauderdale in Florida, US.

He had an interest in painting and arts from a very young age. His family celebrated the festival of colors called Mardi Gras where they colored each other’s faces with paint.
This gave him the idea to paint on people’s bodies and other unique surfaces. As a result, he started painting at the age of 15.

He got a life-changing gift as a painter at the age of 16, he was gifted an air brush which enhanced his talent and skills as a professional.

As an upcoming painter, he was inspired by the artists like Norman Rockwell, Boris Vallejo, Chuck Close, and many more.

Why is Craig Tracy famous? Craig Tracy is a well-known body painter who is very successful in today’s date. But it was not the same when he began his career as a struggling artist.

Craig Tracy started to paint when he was 15 years old but his professional career began at the age of 20. He started his journey as an illustrator but his dreams were nothing less of a miracle and the job was not meeting up to his expectations. As a result, he quit the job six years later.

Then, he started painting people’s bodies and faces but his talent was hardly accepted by the conservative society.

It was in Halloween 2001, he painted a man’s face who begged him to do so. He loved what he created and finally found his true passion for painting on the human body. Then, he started doing some research on body painting and pursued his professional painting career.

In one of his interview, when the interviewer asked about his favorite piece of painting he did, he said that his favorite painting is called “Speed”. There is a perfect balance of simple and complex, he added.

Today, he is one of the world’s most celebrated body painters and the audience gets surprised looking at every work he has done.

Craig as a judge: Craig has been one of the three judges in the GSN TV series “Skin Wars” since the beginning of the show and aces the role of “body painting guru”.

Moreover, he has also judged living Art of America which is a well-known body painting competition in America.

Who is the wife of Craig Tracy? The details about his family are not accessible to the public however he is a married man and is married to a beautiful lady Ashley in 2014. The couple has a daughter but her name is not known.

He has a brother named Phil who is the director of his gallery. 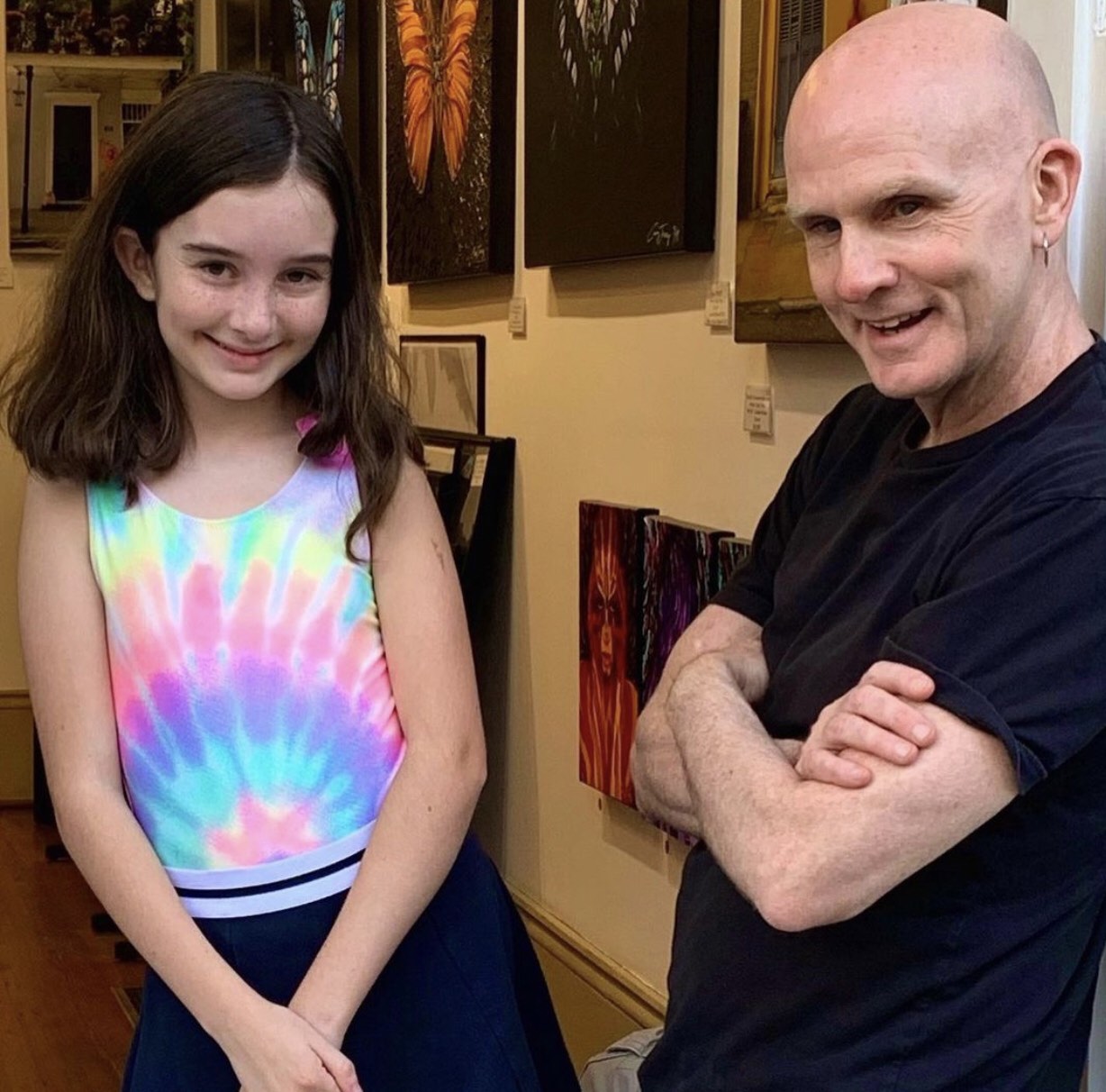 How tall is Craig Tracy? The exact height of the celebrity painter is not known but he stands at a decent height.

Craig suffers from a degenerative eye disease that leads to situational blindness.

What is Craig Tracy’s Instagram? Craig Tracy is on Instagram as @craigtracyart and has more than 57k followers on his account. He shares beautiful body arts that he does with his clients and for his professional work.

Similarly, he is also on Twitter as @CraigTracyArt and has over 6000 followers on the platform.

What is the net worth of Craig Tracy? The talented artist has a whopping net worth of an estimated $3million (USD) as of 2020. Craig makes his income through his gallery by selling his paintings, working as a judge, and also through various collaborations and brand deals.

1) He suffers from an eye disease that leads to situational blindness.
2) His favorite piece of art is called “Speed”.
3) He is bald.
4) He has a brother named Phil.
5) Craig started his professional career at the age of 20.
6) He won the world body painting competition held in Austria.