Cory DeVante Williams, more commonly known by his online alias CoryxKenshin, is an American YouTuber, Vlogger, and comedian born on November 9, 1992. The 28-year-old is famous for making content on comedy, vlogs & gaming.

He has almost 8 million subscribers on Youtube and has uploaded more than 1.5k videos & is still very active in making new content. In total, he has more than 3 Billion views and still counting.

The quirky and funny YouTube personality has gained success and popularity in recent years and has a refreshing sense of humor which has gathered him a loyal fan following on the platform. He calls his fans “Samurai“.

He also owns a Merchandise named after his name CoryxKenshin Merch Shop.

Cory has also been collaborating with a charity named “Water”, it is a nonprofit organization four bringing safe, clean, and healthy drinking water to people in developing countries .

Where was CoryxKenshin born? Born on November 9, 1992, Cory was born in Ann Arbor, Michigan. After a while, his family moved to Detroit and he was raised there.

The early educational background of the American YouTuber is not publicized in the media however, he went to school in Michigan, USA.

Is CoryxKenshin a graduate? He attended Michigan State University to study media arts until 2012. He further joined the University of Ann Arbor from 2012 to 2016 for seeing a computer science degree.

But he decided to quit college and join YouTube to build his career further.

The YouTuber then started to make videos and vlogs which were hugely appreciated by the audience. 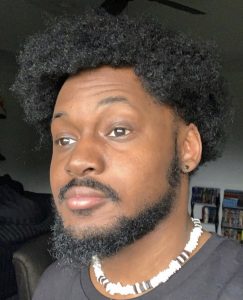 What kind of videos does CoryxKenshin post? Corey Devante Williams referred to as “The Shogun Himself” by the fans, usually posts entertainment, vlogs, comedy, and gaming videos on his YouTube platform which currently has almost 1500 videos.

When did CoryxKenshin begin his YouTube channel? It all began on April 26, 2009, when Cory joined the YouTube platform as CoryxKenshin. However, he uploaded his first video on May 25, 2009, at the age of 16.

As a 16-year-old he talked about girls, dating, and the movie “Hitch” in his first YouTube video. Corey primarily uploaded his daily vlogs and started his career as a YouTube vlogger.

But in 2012 he quit college and decided to make YouTube his full-time job so he returned back in April 2013.

Is CoryxKenshin a Gamer? In October 2013 he recorded himself playing his first game online named “White Finger” which is a short survival/slasher game.

On the other hand, the first game he ever did was “Super Punch-Out”, a 1994 sports game. It was in 2013 when he was truly established as a YouTuber.

In 2015 his fellow YouTuber Caillou Pettis helped him get verified on the YouTube platform.

Later the American YouTube also appeared in various gaming festivals such as Comic-Con International and PAX East. There he met other Youtubers such as Muyskerm, Yamimash, LordMinion777, and Jacksepticeye and became close friends.

Along with it, Cory is also known for taking many breaks from the YouTube platform. Has taken a total of eight hiatuses since 2016. The recent hiatus he took was from May 31, 2020, to June 19, 2020, where he quoted on his video that 2020 was by far the worst year of his life. 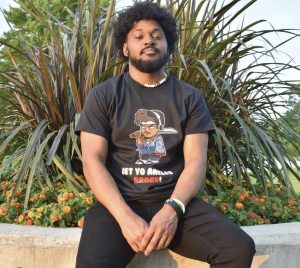 Who are CoryxKemshin’s parents? Cory DeVante Williams is a son of  Anthony K.Williams Jr and Stephanie Williams born in Farmington Hills, Michigan, United States of America.

Is CoryxKenshin’s brother a YouTuber? Cory has a brother named Anthony Williams who appeared in one of his videos and is also a fellow Youtuber. Anthony has a YouTube channel named Certified AK. He also has a sister named Aleya Williams.

The YouTuber also has a pet named “Samson the Savage” aka “Sam”, he also considers him as a family member who joined the samurai community on May 3, 2016. Moreover, Sam is the first pet he ever owned and treats him like his own child.

How tall is CoryxKenshin? The YouTuber stands at a tall height of 6 feet 3 inches or 1.91 meters tall and weighs approximately 70 kilograms or 154.32pounds.

Cory has light brown colored eyes and black hair. His information about tattoos is not yet revealed. He has a US shoe size of 9 and is a Scorpion. Cory is of Black ethnicity. 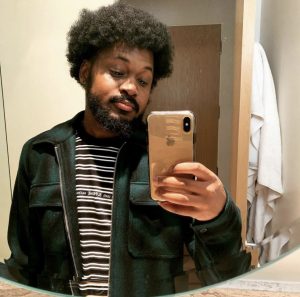 Does Cory have a girlfriend? He is currently single but had one past relationship. However, the name of his ex-girlfriend was not revealed.

What religion does CoryxKenshin follow? Cory has made it very clear that he follows Christianity and often adds Bible verses in his videos and is deeply religious .

How much is CoryxKenshin worth? As of 2020, he is worth $1 million. Most of his income is contributed through his YouTube Videos and his Merchandise where he sells t-shirts, hoodies, mobile covers, and as well as mugs. He likes to share pictures wearing his own merchandise on his Instagram.

1. Cory is unmarried and does not have any kids.

4. He likes to call himself “The Ankle Breaker”.

6. He crossed 5 million subscribers while he was on Hiatus.

7. He dropped off from college to make youtube his full-time job.

8. One of his videos he said that he has a disease called Ectodermal Dysplasia which is a rare genetic disorder and he only has 24 teeth instead of 32 . He also lacks the normal amount of body hair as compared to others.  He said that he inherited the disease from his father .