Contents hide
1 Who is Brad Mondo?
2 Biography
3 Early Life
4 Career
5 Personal Information
6 Relationship
7 Family
8 Net Worth
9 Controversy
10 Trivia
11 FAQs
11.1 Which toner does Brad Mondo recommend?
11.2 How do I get in touch with Brad Mondo?
11.3 Is Brad Mondo a real Hairdresser?
12 Video
12.1 Related Posts:

Who is Brad Mondo?

Brad Mondo (born October 1994) is a popular American hairstylist and YouTuber who is best known for his self-titled YouTube channel where he shares hairstyle tips and reaction videos.

The channel has over 6 million subscribers as of 2022. Mondo is famous for creating his unique fashion trends in the hairstyle industry.

Due to his impressive knowledge, he has been rewarded with working alongside top celebrities like Shay Mitchell, Vanessa Hudgens, etc.

He is also equally popular in the YouTube industry. He shares the latest hairstyle trends, tips and hair dye fail reaction videos to his YouTube audience.

Moreover, he gives tips, advice on hair damage, and hair products to avoid and also provides product reviews and suggests to people what to do if they are going through any hair-related problem. 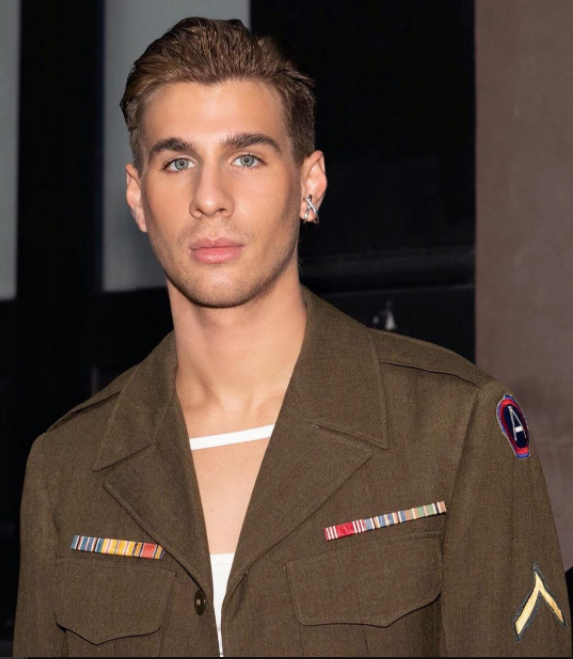 Due to such a charming personality and really impressive talent, he has become very famous and likable on all social media platforms.

He is also a founder of the brand XMONDO Hair which contains hair-related products.

But his rise to fame was not so easy. He also had to work hard and keep following his passion for it to eventually work out.

Now let’s look at how his hairstylist journey started. 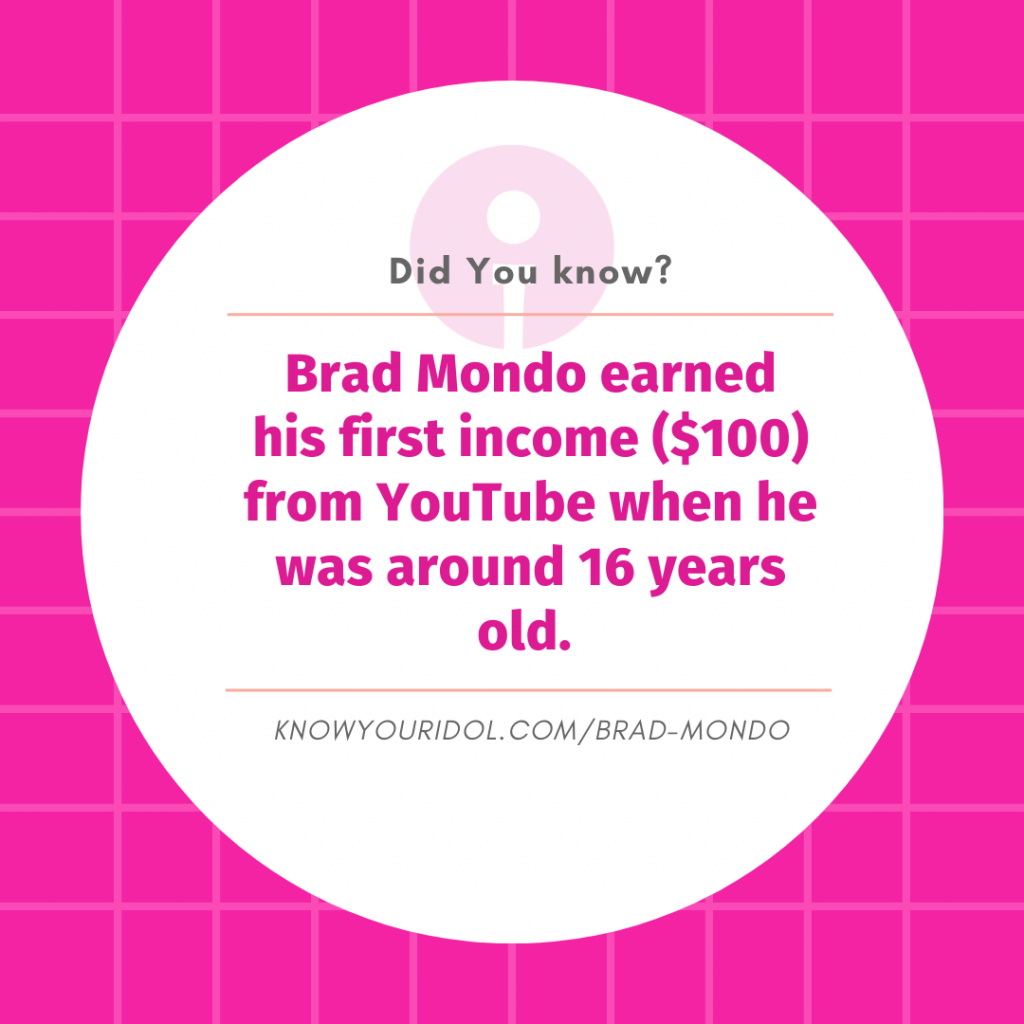 He was raised alongside his brother Eric Mondo by his father and mother. His father used to own a hair salon, hence he was quickly attracted to a hairstyle.

According to his interview with Insider, Mondo grew up in his dad’s salon and he used to play all day with mannequin heads. He was also inspired by the 90’s hairstyling books and still looks at them for inspiration. 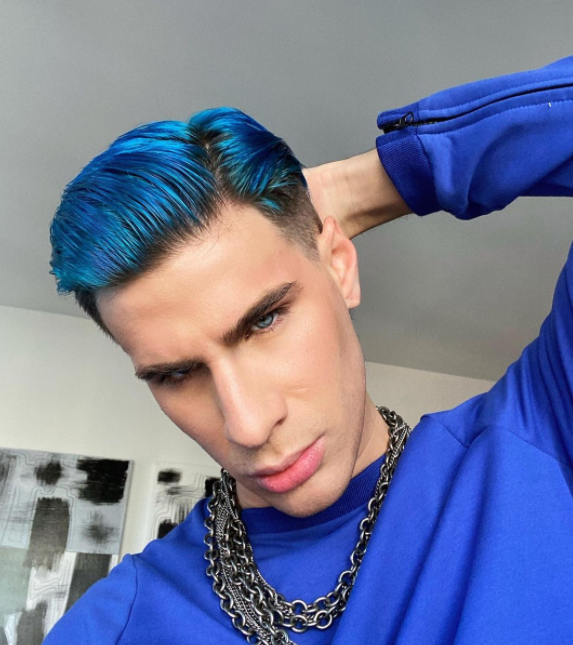 During his early days, he used to make lots of mistakes and got disappointed very often.

He also used to experiment with his hair. Once he made his hair extremely dark and got disappointed with the outcome since it did not match with his skin tone.

Due to his rebellious nature as a teen, he did not like his parents constantly pressuring him to work in a hair salon.

So he decided to join Calvin Klein when he was 16 to work as a Sales Associate. After working for some time there, he found out he belonged in the hair industry and decided to go back to his Salon.

What is Brad Mondo famous for? Today a well-known, hairstylist and a YouTuber, Brad Mundo’s path towards stardom was not easy.

He was fascinated by two things: Hair and YouTube. So from an early age, he decided to combine them both.

When he was just 12 years old, he made his first YouTube video regarding the styling and coloring of hair.

He did not have many audiences initially, but he kept making more videos.

Finally, he started to attract audiences, from his hair reaction videos and his tutorial videos.

During an interview, he disclosed that he gained his first YouTube income when he was 16-17 years old.

The earning was about $100 and he could not believe it. He says that fuelled his fire to work even harder and one year later he got a brand deal as well.

In 2015, he made his self-titled YouTube channel and his first video on the channel was titled “Justin Bieber What Do You Mean 2016 Hair”.

He currently has over 6.5 million subscribers on YouTube. The celebrity claims he never expected that in his wildest dreams.

His most viewed video is Titled “HAIRDRESSER REACTS TO JOJO SIWA RUINING HER HAIR FOR 11 MINUTES STRAIGHT” with over 21 million views.

His other most popular video is his reaction to America’s Next Top Model Makeovers with over 20 million views.

His channel is most viewed for his funny reaction videos and his tutorial videos as well as his prank with his brother Eric.

Along with his YouTube fame, he is also the founder of his hair products brand XMONDO Hair.

He disclosed in an interview that during quarantine his product was in demand even more due to people hairdressing themselves.

He has promised his fans that the brand will soon release hair conditioners as well as their own hair colors as well.

As we all can see, due to his talent and his personality he is considered one of the most popular celebrity hairstylists and YouTubers currently.

Mondo has brown colored hair and his eyes colors are light brown. His zodiac sign is Scorpio and Brad’s face shape is oval.

He is Christian and is of Caucasian ethnicity. He has always revealed his sexuality as gay.

His hobbies are making videos, styling his hair, walking around New York City for inspiration.

His favorite foods are Pizza and his favorite travel destination is Italy and Switzerland. 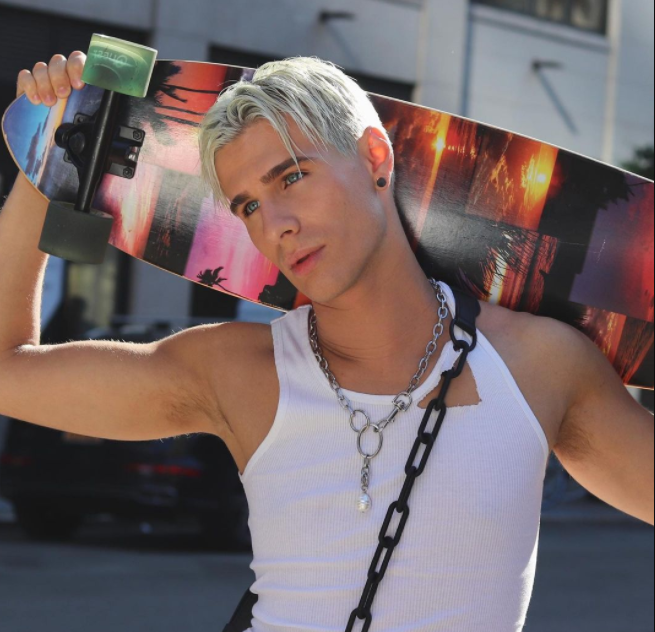 He has kept his date life private. There is no information on his dates and his boyfriends.

Does Brad Mondo have any siblings? Brad Mondo is raised by his father and mother along with his brother Eric Mondo.

His brother, Eric, is also a popular social media personality. The pair have seen quite often in their videos and also have been engaged in some controversy recently. 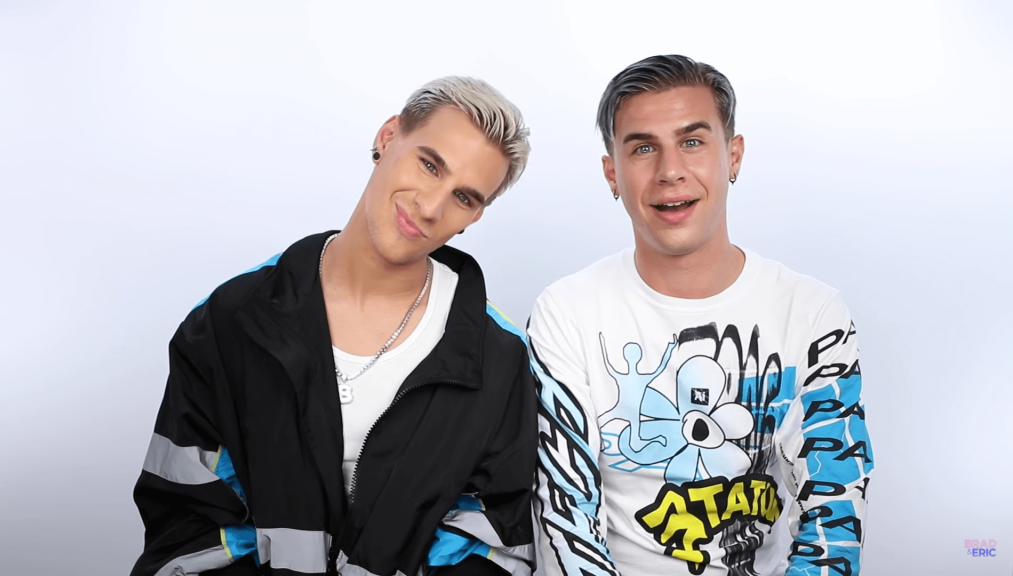 There is not much information available about Brad’s parents but he has revealed the demise of this father ( April 22, 2021) on his Instagram account.

What is Brad Mondo’s Net Worth? Brad Mondo is a popular American hairstylist and  YouTuber. As of 2022, Mondo has an estimated net worth of $4.3 Million (USD).

His primary source of income generates from his YouTube and sales of his product XMONDO Hair.

But his viewers quickly found out that Brad and Eric were not twins after doing research on the birth dates. Their birth dates were different.

In fact, the Mondo brothers were 1.5 years apart.

Over the years, the talented American hairdresser has been surrounded by different controversies. Check out some of the shocking Brad Mondo Controversies.

Which toner does Brad Mondo recommend?

According to Brad Mondo, a level 10 toner with toning developer is recommended to get the desired look. Moreover, he recommends using a toner to neutralize unwanted undertones when you apply bleach.

How do I get in touch with Brad Mondo?

You can contact Brad Mondo via his email address:- Brad@bradmondo.com

Is Brad Mondo a real Hairdresser?

According to Brad’s tweets, he has worked in a salon for 10 years and he is a licensed hairdresser. Precisely, Mondo is licensed in Newyork and Massachusetts.

Something I’ve never talked about that really bothers me is when people say that I’m not a licensed hairdresser. GIRL. First of all I’m licensed in two states. NY and MA. Second of all what does that matter?

Check out Brad’s most viewed video down below: 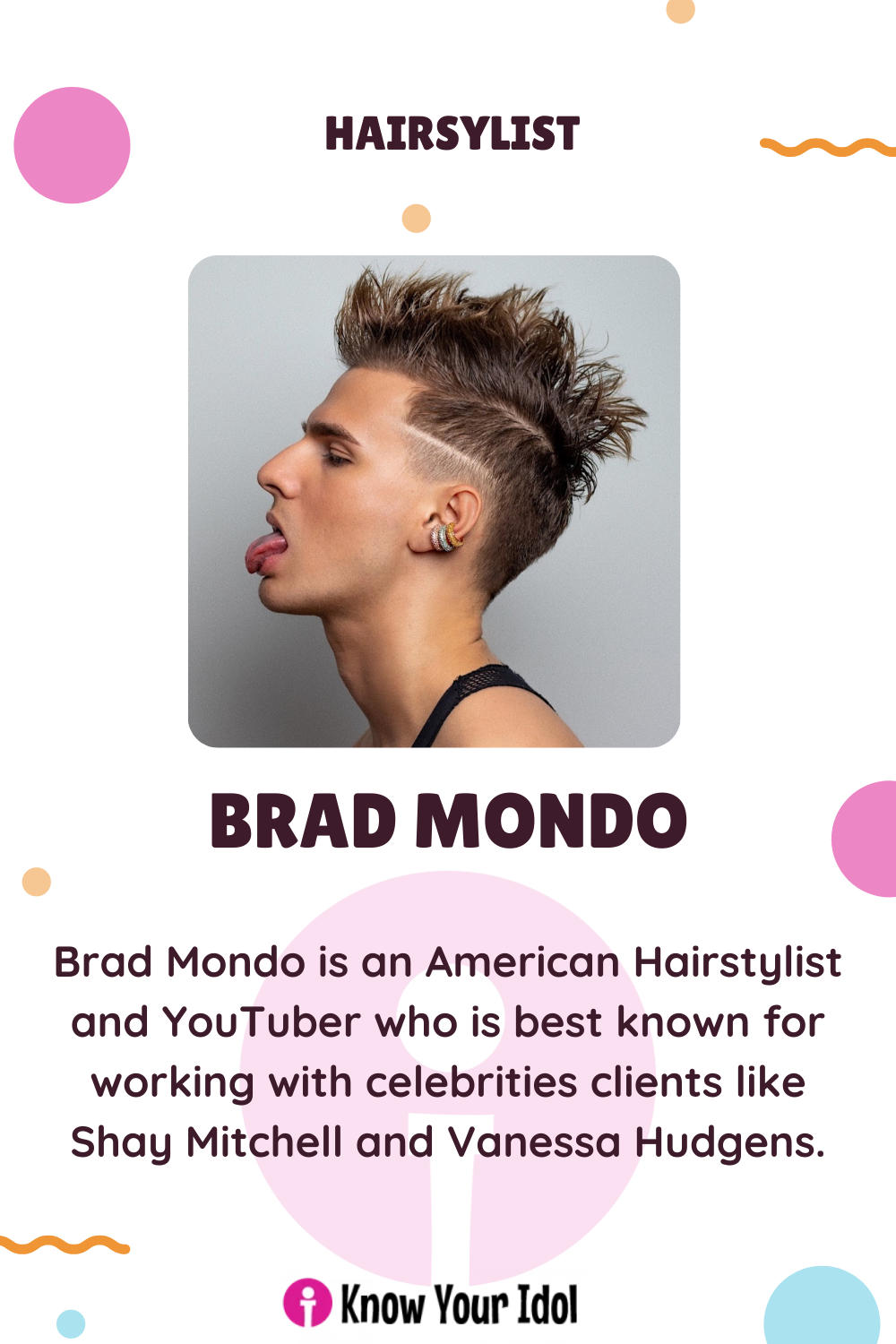