Who is Adam Robert Worton?

Do you remember the adorable baby from the movie Baby’s Day Out? Yes, we’re talking about Adam Robert Worton who played the role of the cute baby along with his twin brother( Jacob Joseph Worton).

If you want to know, what he is doing now, please read the full article.

Where was Adam Robert Worton born? Adam was born to American parents in Newark, Delaware, United States. He was one of the twin babies of the Worton’s and the twins grew up together in their hometown.

At the age of two, Adam and his twin brother got an opportunity to play the main role in the 1994 cult movie Baby’s Day Out as Baby Bink.

Talking about his educational qualifications, Adam has graduated from the University of Delaware Lerner the College of Business and Economics.

But did you know? He was not the only one to play the full role in the movie, half of the scenes were played by his twin brother Jacob Joseph Worton. Due to the working hour restrictions for the infant, they switched after working for certain hours.

If you are the 80s or the 90s baby, then you must have definitely watched the movie. Even if the movie was unsuccessful at the box office, it always remained a cult classic.
However, the child actor didn’t play any other movies later in life.

After leaving the industry, his life remained a secret and much information cannot be gathered. However, Adam currently lives in Ontario and is happy in whatever he’s doing in life.

Who are the parents of Adam Robert Worton? Adam Worton was born to his parents are Joe Worton( father) and Susan Worton( mother).

Who is the brother of Adam Robert Worton? Adam was one of the twins born to their parents. Jacob Joseph Worton is his twin brother who also played the role of Baby Bink in the movie.

Not only Adam, but Jacob also stayed out of the movie business and never appeared in any other movies. Moreover, there have been reports that Jacob is part of the Phi Mu Alpha Sinfonia Fraternity, the world’s biggest and oldest fraternal music society. Jacob also loves to play sax.

Talking about his educational qualifications, Jacob graduated in Culinary Leadership and Innovation at the Institute Paul Bocuse in Paris. On top of it, he also worked as a cook at Victory Brewing Company in Parkesburg, USA. 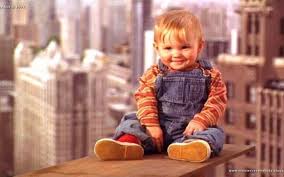 How tall is Adam Robert Worton? If you’re wondering how tall is the baby Bink now, well, he’s now a full grown-up and stands at a height of 5 feet 10inches and weighs around 75kgs.

Moreover, he has naturally blonde hair and hazel colored eyes. Born on November 16, 1992, his zodiac sign is Scorpio.

Similarly, he holds the passport of the USA and belongs to a White ethnic background.

What is Adam Robert Worton’s Instagram? The 28year old seems to keep it low profile and staying out of the limelight so, he hasn’t been active on any social media platforms.

What is the Net Worth of Adam Robert Worton? Adam started earning at the age of two as he played the lead role in the Hollywood classic. As per reports, he earned
around $50,000 USD playing the movie. The details of his current job are unknown. However, his estimated net worth is $200,000 to $1 million USD.

1) Adam played the role of Baby Bink at the age of two.
2) He has a twin brother named Jacob Joseph Worton who also played the character of the baby in Home Alone.
3) He never appeared in any other movies.
4) He has currently moved to Ontario.
5) His zodiac sign is Scorpio.
6) He likes to maintain a low profile and is not active on any social media platforms.