Popularly known as aaayyyaaaa_on Tiktok, her real name is Aya Tanjali. Born on April 24, 2007, Aya is a very popular teenage TikTok star and has over 3.8million followers on the platform. Her Tiktok bio says “on the way to 3.9million followers”. Not only that, but the 13year old is also famous for her shoulder-length curly hair and known as a “curly-haired” TikTok star.

Apparently, she is also known for doing Brand Advertisements and photoshoots. So, we can say that Aya is a beautiful teenage model as well.

She is known for her short comedy videos, dances, and lip-syncs. Aya has already more than 210 million views on her Tik Tok account and the views are growing every time we visit her account.

Not only on Tiktok but the teenager TikToker also has a massive fan following of more than 900k on Instagram.

The fans go gaga every time she posts a picture and leaves cute comments on her post.

So, are you a fan of aaayyyaaaa_ and want to know more about her? Here we are to answer all of your questions about the TikTok star. 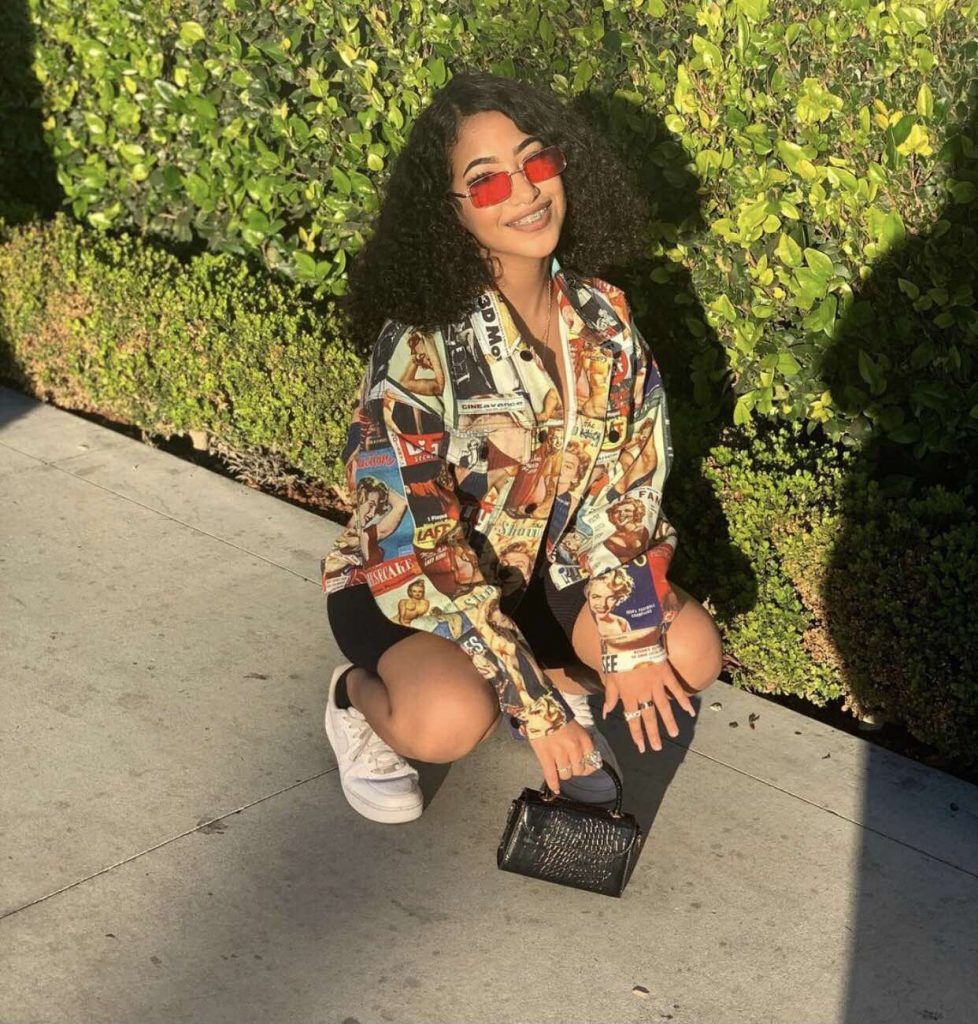 Where was aaayyyaaaa_ born? Aya Tanjali was born in Austin, Texas, the USA on April 24, 2007. She is of Afro-American ethnicity and currently lives in Texas, America with her family. The 13year old has not disclosed her family background and other birth details

As a 13-year-old,  she obviously goes to school but there isn’t any data accessible about her schooling and tuitions.

Does Aya Tanjali have a sibling? Yes, She has one younger sister named Sophia. She also has a popular Tiktok account named curlyheaded_sophia. 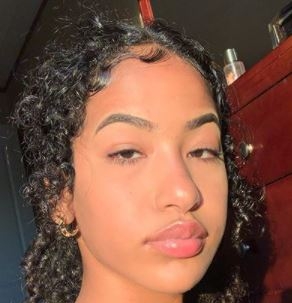 What is aaayyyaaa_ famous for? The curly-headed TikToker became famous for her short dance and parody videos. She has over 3.8 million followers on Tiktok and her total views count up to 210 million. She is on her way to achieving yet another milestone of 4 million followers and we’re sure, it’s gonna be soon.

When did aaayyyaaaa_  join TikTok?  It was in late 2019 when she began to post the videos on her TikTok page @aaayyyaaaa_ and in no time gained a massive fan following.

At first, started posting videos of dance and lip-sync but later she also started to post cosplay and parody videos. Aya posted a video cosplaying a conversation between her mom and her aunt which went viral and is the main reason for her massive man following.

Which is aaayyyaaa_ most viewed video? The biggest video of her that went viral was uploaded on August 11, 2020, where she posted a Tik Tok dance video of Megan thee stallion song “Sex Talk” which gained over 4 million views on TikTok.

Soon in September 2020 she added one more milestone to her career and hit 200 million views on TikTok.

Aya went on to become a very famous TikTok content creator from a normal teenage girl. In one of her interactions, she said that she was so overwhelmed as well as shocked by the love people showed towards her.

It’s been just a year that she has created the TikTok account but her creative videos and entertaining contents grab attention every time she posts a new video. She has managed to gain a huge appreciation and fan following through her engaging content.

Is aaayyyaaa_’s a fashion model? Besides this, she’s also trying to focus on her career as a model and does photoshoots with various brands and sponsors. Usually, she models for clothing brands and energy drinks. 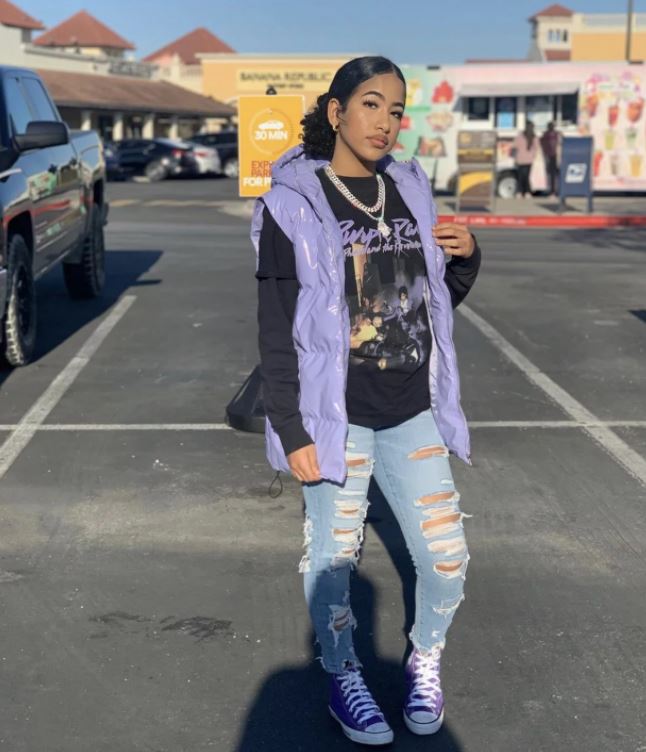 The details about her family and folks are not available in the public domain and she never talks about her parents in any of her videos.

However, we’ve seen her mother in some of her TikTok Videos. Not only that, but her aunty also loves to share the screen with Aya and her mom shows up in her videos and skits.

Does aaayyyaaaa_ have a sibling? Yes, She has one younger sister named Sophia. She also has a popular Tiktok account named curlyheaded_sophia. 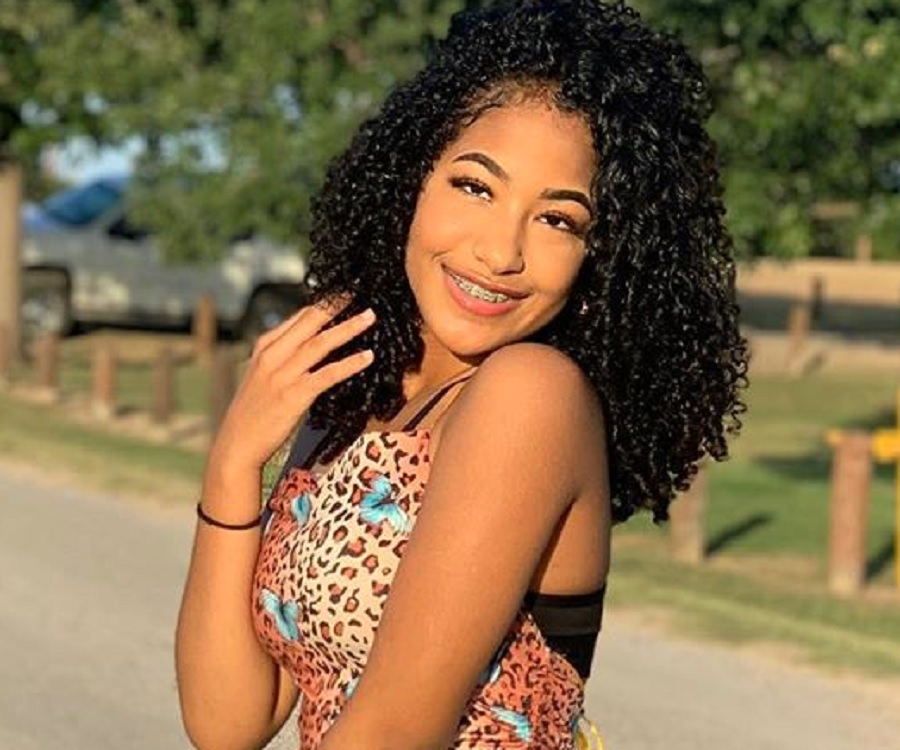 How tall is aaayyyaaaa_? Aya has a  height above 4 feet and 9 inches. She has naturally curly black hair and dark brown eyes. She weighs approximately 45 kgs (99 lbs).

Is aaayyyaaaa_ single? Aya is just 13years old and is currently single. Also, she hasn’t shared more about her relationships. Her zodiac sign is Taurus.

Is aaayyyaaaa_ on Instagram? Aya aka curly-headed TikToker is not only famous on TikTok but has managed to create buzz equally on Instagram. As of December 2020, she has 912k followers on Instagram and has shared 58 posts.

How much is aaayyyaaaa_’s net worth?  Aya has an estimated net worth of $100,000 (USD). The main source of her income is from Tiktok ads and aside from that she also earns through modeling for different brands.

In addition, she also has her own merch available at shopaya.com. It’s no surprise that Aya has a massive fan following worldwide and has created a brand name at such a young age.

1. She has not yet discussed her parent’s names.

4. She has gained almost 4 million followers on TikTok in the span of just one year.

5. She is also known as curly-headed TikToker.